Home
Business
Can Anyone Compete with the Draft Kings and FanDuel Merger? 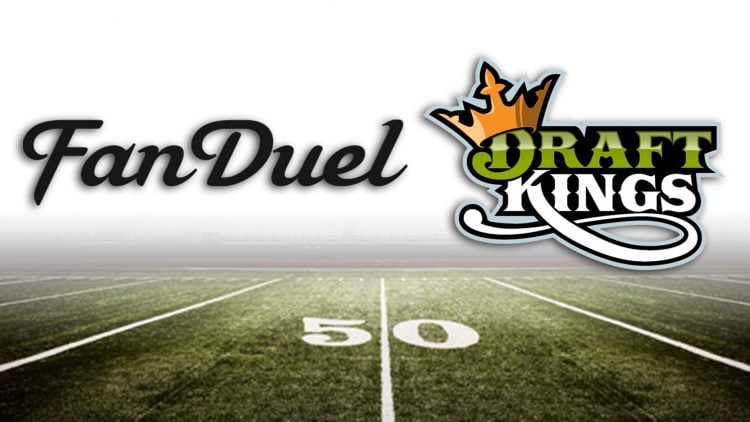 Boston is the home of one of the most prolific tech startups known as DraftKings, Inc. The company is one of the two biggest sites for daily fantasy sports, and the two have agreed to a merger that would allow them to combine their efforts and take charge of the industry. One is not above the other and per the agreement they have struck, each will operate under their established brand names, but the combined company will have a force of two and will not be in competition with one another.

Who will run the show?

The current merger stipulates that the companies will remain as equals but at the close of the deal in 2017, Jason Robins, CEO of DraftKings will emerge as the CEO of the new company formed by the merger. FanDuel’s CEO Nigel Eccles won’t be left out in the cold as he will transition into the role of chairman of the board of the new company. Both men will represent the company’s interest on the board and there will be an addition of three more who will serve as directors.

What does the future hold for Draftkings Inc and FanDuel?

This is the part that remains uncertain. Because of the merger of these two giants, anti-trust laws could present a challenge. There are some new state regulations in play and the new firm must pass the antitrust review in order to function legally. What does this mean for the competition? It means that there certainly isn’t going to be much from what we can tell at this point. It comes pretty close to a monopoly and this is the issue that the two companies will face as they try to move forward.

There has been no press about any talk of a name for the new corporation so this is still up in the air. Each company has plenty of financial, media and sports organization backing which is a plus, but their greatest challenge lies in front of them. We’re imagining that a team of lawyers who specialize in antitrust cases will be on the payroll to help them navigate through this potentially sticky wicket.

In the meantime, FanDuel and DraftKings Inc. are continuing to operate their apps and websites separately and business is being conducted as usual. It is uncertain when they will begin the transitional steps that will bring the companies together. Each is focusing on the political aspects which will become important to their survival both separately and as a joined corporation. They are taking care of business and although there has been massive success they have also endured some pretty intense hardships including lawsuits and scuffles with state regulatory officials and it has been reported that is issues with new regulations that serves as the impetus for these giants to combine forces and develop a joint strategy for dealing with new and tough politics. Once grave enemies, the companies now have a common enemy and they will be stronger together than they would fighting separately.

Millions of fans are participating in the creation of rosters which are based on games that are played in real life. The prizes are also pretty real with some awarding over a million dollars. FanDuel and DraftKings both offer games that are short in duration and season long. Their are just over five and a half million users who are active among the two companies and several times that number if you count the games which last the duration of the season.

This is the big question that as of now has not yet been answered. The merger will corner nearly one hundred percent of the current market for this type of sports betting so it lies dangerously close to being guilty of violating state regulations. There is no sliding in under the radar for either company and this is why they are planning to join together, however, the merger will serve to further lessen the diversity in this market sector. Yahoo is doing with with a number three rating in the marketplace, but it comes in at quite a distance behind both of the two companies who are planning to combine.

The regulators were drawn to each of the companies because of the amount of hard core advertising that each had launched. The state officials filed charges for violation of current gambling laws for DraftKings and FanDuel, nearly closing their operations down. The games were allowed to continue but under the scrutiny and restrictions that the new regulation stipulations. The political and legal battles are costing FanDuel and DraftKings some pretty hefty lawyer fees and although still operating, they can no longer allow people under twenty one years of age to play.

Investors are still on board

FanDuel is financially backed by KKR & Co, private equity, the NBA, NBC Sports Ventures and Comcast Ventures. DraftKings are well set with the professional soccer, hockey and baseball leagues, Rupert Murdoch’s Twenty First Century Fox, Inc., Robert Kraft, owner of the New England Patriots, and Cambridge venture capital (Accomplice). None of the investors is showing any concern and continue to offer their financial support. Once the merger is completed, there is an agreement that the investors for each respective company will split the stock evenly.

Will the merger of DraftKings and FanDuel allow for any competition to arise? We don’t see how and even with Yahoo’s fairly impressive activity, it doesn’t come close to comparing with either of these fantasy sports betting giants. A merger will certainly make it a wash for all others who are even entertaining the thoughts of giving them a little competition. We just can’t see it happening. With this in mind, there are still quite a few unknowns with regard to the future of the DraftKings, FanDuel and their proposed merger coming up in 2017.

Much will depend on how well that they fare in their struggle with the new regulations and the state regulators that they are currently embroiled in battles with. For this, we’ll have to wait and see, but it is fairly obvious that if they are successful in their endeavors, the new company born or the combination of the two will be a force to be reckoned with.