Home
Personal Finance
Real Estate
What is the Cost of Living in New Hampshire?
Prev Article Next Article 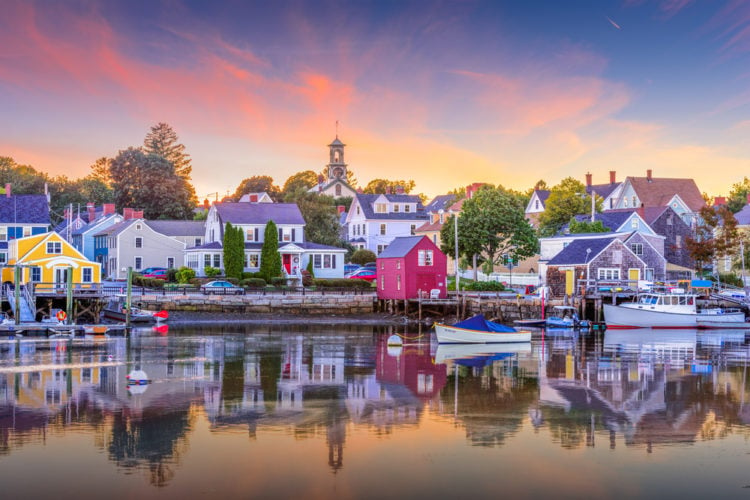 You might be thinking of relocating to New Hampshire for work or other reasons. If that is the case, knowing its cost of living is vital. Apart from the cost of a home, examining how the cost of living compares to other high employment or high growth areas is also vital. Communities with many jobs are usually desirable to reside in and their cost of living is higher. The goal is to find the ideal location where the quality of life is high, but the cost of living there is low. New Hampshire offers all these things within a day’s drive. There are mountains for hiking and skiing, wilderness for camping, ATV trails, and miles of snowboarding. According to Hitchiner.com, the cities in New Hampshire also have many tax-free theaters, shopping, and live concert venues. The Seacoast is small and lively and you can visit the beach during the day and dine at some of the best restaurants in New England at night. The state provides a high quality of life and an attractive landscape all around it. New Hampshire also ranks in the top team-best places to raise a child, best places to reside, and best places to engage in entrepreneurship. Low taxes, excellent schools, and low unemployment all make the state appealing to live in. Furthermore, many multistate highways mean that getting around the state is easy.

The city’s cost of living stacks slightly higher than the national average. However, when compared to larger metropolitan areas like New York or Boston, it is relatively affordable to live in New Hampshire.

Some communities such as those ones along the Seacoast have seen an increase in housing prices. The median home price in certain sections of the state is nearer the national average of $219,700. For instance, the median home price in Keene is $225,000 and that of Concord is $236,700. The other factors that contribute to the cost of living like transportation and healthcare are lower in this state compared to the national average. The typical renter in the state spends about $1,077 per month, which is $54 over the national median monthly rent of $1,023. The monthly rent for a single bedroom in the state is $858 while the average rent for a unit with 5 or more bedrooms is $1,524.

Transportation is also a factor when it comes to the cost of living. In the state, 88.7 percent of commuters drive to work compared to 85.5 percent which is the national average. Generally, most motorists in New Hampshire drive 10,136 miles per year. In 2020, the average cost of fuel was 2.13 a gallon in the state. On average, you can expect to spend $891 on gasoline alone within a year. The other transportation expenses such as vehicle insurance premiums vary by state. The estimated cost of insurance in the state is $1,394, which is less than the national average of $1,517 based on data from insure.com.

Food is another daily expense that has a huge impact on the overall living expenses. According to the USA Department of Agriculture, the cost of food varies from one state to the other. Generally, single adults spend about $3,452 per year on food. A family of 4 usually spends about $9,970 per annum. When it comes to context, the average food expense is 3,240 for single adults and $9,354 for a family with two children. The estimates are calculated for national food bought at a grocery store for preparation at home.

When it comes to families, childcare adds a lot to the total yearly expenses. The average yearly cost of childcare for four-year children in New Hampshire is $9,914, which is above the natural average of $8,903. Nonetheless, it costs about $15,156 to care for a four-year-old child and an eight-year-old child every year in New Hampshire in comparison to the natural average of $15,853.

When accounting for federal and state taxes in addition to Medicare and social security contributions, the average adult who works in New Hampshire pays $5,713 yearly in taxes, which is lower than the national average of $6,542. New Hampshire is one of the only nine states nationwide that does not charge taxes on wages. This is part of the reasons why the residents pay lower than average tax payments. When you incorporate local and state taxes like sales and property taxes, the tax burden in the state is lower than the average across the U.S.A. the per capita state tax collections in the state are about $2,153 per year when compared to the average of $3,151 across every state.

According to salary.com, the city is ranked number seven out of every state with overall healthcare affordability and access. Healthcare expenses make up a major portion if the living expense. The capability of affording healthcare in addition to the ability to access care are major indicators of the amount you will be paying for this essential resource. Apart from the cost of living, New Hampshire is also home to many great universities and colleges in addition to a respected college system when you are ready to take your career further. In the opinion of Bestplaces.net, New Hampshire is also referred to as the Live or Die State meaning that elected officials are at times afraid of passing legislations that can possibly impend on personal freedom. For instance, the state does not require adults to wear a helmet when operating a motorcycle or a seatbelt when driving. Also, the state does not charge fees for those who are uninsured or require liability coverage. It has some of the lowest automobile insurance rates in the nation.