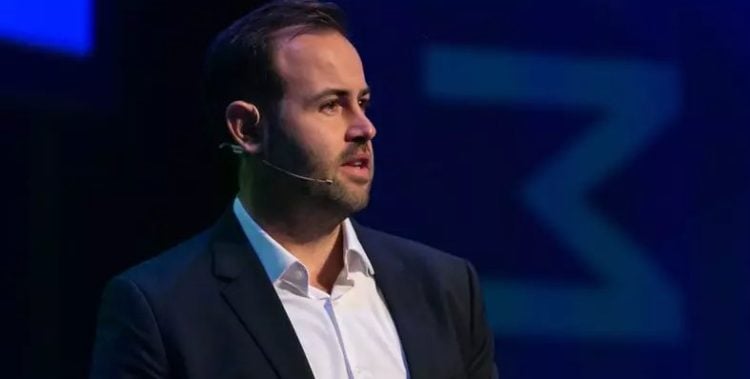 Are you familiar with Eugene Danilkis, the founder and CEO of the Saas cloud-based banking system Mambu? Up until now, he’s largely flown under the radar, so to speak. However, people are starting to take notice of him more and more, especially as his company becomes more popular. If you’re curious about him, here are 10 things about him that might surprise you.

He has said more than once that he loves virtually everything about technology, from the nuts and bolts of it all to the way it can be used in the real world. Some people have an innate interest in the Arts while others prefer to pursue science-driven topics. For him, it was always about technology. If he could figure out how technology was used in practically any circumstance, he wanted to know more. He says that for him, this is an interest that has never changed throughout his entire life.

According to him, one of the most interesting things that he ever did was take a college course that combined the use of technology with psychology. It was designed to measure the way that people felt about using certain types of technology and for him, it served as a real eye-opener. It was the thing that started him thinking about the different ways that he could use technology to make people’s lives easier on a day-to-day basis.

3. He used to be a computer programmer

Before he became an entrepreneur, he was a computer programmer. In fact, this was one of his first jobs. Because he truly loves technology, it was a job that he enjoyed a great deal. However, he has always had an interest in combining his love for technology with the love that he has for humanity. In reality, he always wanted to find a way to bring the two of them together. Programming computers was one way that he could express his love of technology, but it didn’t have a lot to do with the human race. Therefore, he felt that he was always looking for something more.

4. He learned what it means to be a leader

Eventually, he was made a team leader at his job as a computer programmer. This is where he really started to come into his own. He learned very quickly what it means to be a leader and what it means to be in charge of the welfare of other people. It was precisely what he had been searching for and it provided him the ideal avenue to gain a better understanding of how his work as a computer programmer could potentially impact the lives of other people. You might even go as far as saying that it was his first step in forming the ideas that he is currently living out in his role as an entrepreneur.

5. His business is worth a lot of money

To date, his business is worth a staggering $2 billion. For any business to be worth billions of dollars, they have to be doing something right. In his case, it involved spending an entire year doing nothing but researching the different ways that he could create a banking platform that filled in the gaps between smaller community banks and major banking corporations that seemed to cater only to the richest of individuals. The fact that it’s all based in the cloud increases the convenience of using this particular bank tenfold. For all intents and purposes, he has created a business that is capable of serving larger corporations and individuals alike. More importantly, he has started a trend that allows each individual to be viewed as such instead of merely being seen as a number like so many banks have done in the past.

6. He knows that being an entrepreneur isn’t always easy

Make no mistake about it, he knows that being an entrepreneur means that you will have good times mixed with bad times. When everything is hitting on all cylinders and you’re successful, it can easily be one of the most exhilarating jobs in the world. The flip side of the coin is that it can also be one of the most frustrating and even frightening endeavors, especially when you run completely out of money and nothing is going your way.

Like most entrepreneurs, he’s learned to be quite disciplined over the years. Any person who works for themselves has to have a certain amount of discipline or they’ll never get anything done. As such, he learned a long time ago that he would rather incorporate a healthy dose of self-discipline and have the freedom to do what he wants with his life as opposed to mindlessly strolling into a nine-to-five job day after day and doing the same thing like a robot.

8. He started his own business at only six years of age

He started washing windshields for pay when he was almost too young to go to school. He recounts his fondness for playing arcade games at the time. As such, he was looking for a way to make money to play those games and washing windshields seemed like the perfect opportunity.

9. He knows there are ways to make money all around you

Over the years, he has come to firmly believe that there are ways to make money all around you, if only you will take the time to look for them. It might involve selling items that you’ve had for years and no longer need. On the other hand, it could be starting a business as the neighborhood dog walker or even getting creative and making something that you can then sell to individuals locally or online. According to him, the key is finding something that you’re passionate about and then sticking with it.

10. He’s all about inclusion

One of the reasons that he developed this online banking system is because he grew tired of seeing entire groups of people excluded from things simply because they didn’t meet a certain socioeconomic status or they came from a minority background. For him, everything must be about inclusion and that goes all the way to treating everyone the same way in business.