Home
Lifestyle
Health
Exactly How Bad is Instant Ramen For You?
Prev Article Next Article 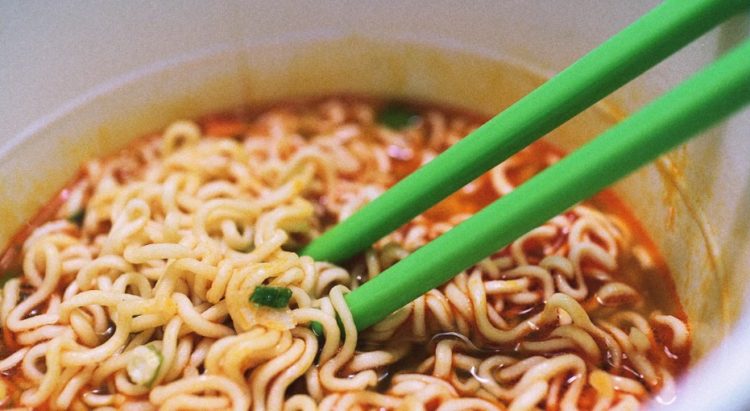 Eating ramen noodles is something that every college student has experienced and in most cases, they have become a staple of any person’s diet who is on a serious budget. It’s because they’re relatively filling, you can buy them in a number of different flavors, and they don’t cost hardly anything when it comes to the purchase price. Not only that, but they’re extremely easy to make so if you’re not very good at cooking or you don’t have a full-fledged kitchen in your dorm room, you can make these with some hot water. It’s as simple as that, but what is that diet really doing to your body? In other words, how bad are ramen noodles when it comes to your health?

As you might have already guessed, they’re not very healthy. For starters, they lack a lot of the things that you require in your diet in order to live your healthiest life. They don’t have a lot of the vitamins that your body needs to stay healthy and function properly and they are completely devoid of fiber, something that’s necessary for your digestive system to function correctly. When your digestive system slows down, it starts to cause problems in other areas of your body, largely because of all the toxins that your body is holding onto. This is a big enough problem in and of itself, but it’s certainly not the only issue that you have to deal with when you consume ramen noodles on a regular basis.

Another problem with them is that they are exceptionally high when it comes to sodium content. Like a lot of other foods that have tons of preservatives in them, the sodium content in ramen noodles is three to four times the amount that you should get for the entire day and you’re doing this in one sitting. This can lead to a lot of problems like high blood pressure and eventually, that high blood pressure can lead to heart disease if it goes unchecked. You may not be too worried about things like high blood pressure when you are 18 or 20 years old because at that point, most people are healthy and they think that they’ll always be so.

However, things can change a lot when you get into bad habits, like eating ramen noodles everyday, and those habits press on for a number of years. Before you know it, you’re in your forties and you’re living with all of the health problems that are a direct result of the choices you made 20 years ago. Unless you want to take blood pressure medication every single day or you want to end up in the hospital with a heart problem, you might want to think about those types of things while you’re still young enough to make changes and do something about it.

In addition, ramen noodles are packed with monosodium glutamate, which is something more widely known as MSG. This is a chemical that is used as a preservative. It makes food taste better but it also does a real number on your body. A lot of people are sensitive to it and can have all kinds of reactions ranging from mild irritation to a full-blown allergic reaction. The problems don’t end there, either. The truth is, when you’re dealing with MSG, it can cause all kinds of issues such as a higher incidence of cancer, a fast or irregular heartbeat, and a problem called metabolic syndrome. This is when you carry a lot of fat around your belly but you have relatively little fat elsewhere on your body. It’s not just unattractive, it’s directly linked to diseases like cancer and heart disease. MSG primes your body for these types of things so if you really want to be healthy, it’s best to avoid it altogether.

You probably never thought that ramen noodles were the healthiest thing you could eat but you might not have known that they were quite as bad for you as they really are. Granted, eating them every once in a while probably isn’t going to kill you but if you make a regular habit out of eating them or foods like them, you could be setting yourself up for some serious health problems later on down the road. The best thing you can do is start making better choices now so you can avoid dealing with more problematic issues later.