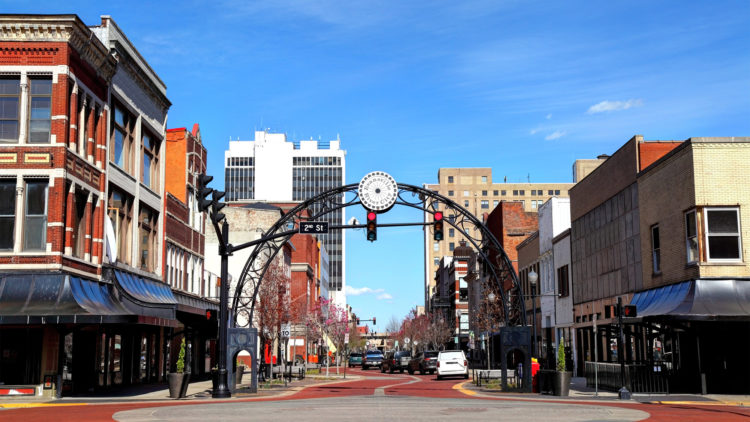 Craigslist Evansville is an excellent resource for community members to list items that they want to sell in the classifieds. The online ads reach everyone who uses the site in the local area and beyond. You’ll find everything from electronics to cars, trucks, furniture, motorcycles, RVs and much more. Some realtors and private homeowners even list properties for rent or for sale on the site. Thousands of successful transactions take place on Craigslist each month, but there has also been an increase in scams and phony ads being posted on the site. Here are five money scams that you need to watch out for on Craigslist Evansville, that have recently been reported.

Scammers have recently begun posing as Century 21 Real Estate agents on Craigslist. They obtain information about a property in the area that has been listed from the legitimate owner or property manager, steal the photos and information, then post it on Craigslist as a rental property. They con people into submitting personal information and then send them a rental agreement via email that looks authentic. Victims of the scam send them money via wire transfer which is hard to trace in return for keys which they promise to mail to them after the deposit for the rental is received. They learn that they’ve been scammed when the keys don’t arrive and the con artists are long gone with their money.

This is an old scam that has been posted on Craigslist in multiple cities throughout the nation, but it’s still finding victims so we’re sounding the alert to be on your guard. Phony companies are offering Craigslist readers employment with jobs that include receiving payments from customers, then wiring the funds back to the main company. The problem with the jobs is that the checks that are sent are fraudulent. You’re instructed to deposit the money in a bank account that is in your name, keep a small portion and then wire the rest to the employer. After depositing the check and completing the wire transfer, victims lose thousands of dollars because they are held responsible for the entire amount of the phony checks plus associated fees.

The Better Business Bureau is warning everyone who uses Craigslist to watch out for a lousy money scam involving fake checks. Scammers offer readers a job participating as a secret shopper on Craigslist. They issue a phony check that is made out for far more than the agreed upon amount and then instruct the victims to wire the excess amount back to them. Some people have fallen for this scam.

Here is yet another work from home job scam that has appeared on Craigslist in multiple areas. Con artists post an advertisement on the site for a work from home job. It involves processing customer orders for business and depositing checks and money orders which are received via email. A victim shares her story and relates that she was asked to deposit a $2,000 check and wire the money back to the supposed company. She became nervous about it and when she tried to contact her employer, she was told that he could not take her calls because he was at a conference. She followed through with the assigned task against her better judgment and sure enough, it turned out to be a costly scam.

There have been a lot of REO rental scams posted on Craigslist recently. After a house has been sold through foreclosure, the con artist posts an advertisement on Craigslist. The home is advertised as a rental. They use this ploy to obtain personal credit information for identity theft along with two months of rent all sent by wire transfer. Some of these scammers gain access to the homes and change the locks and there have been multiple cases where renters have moved in, only to be visited by law enforcement and evicted from the home.