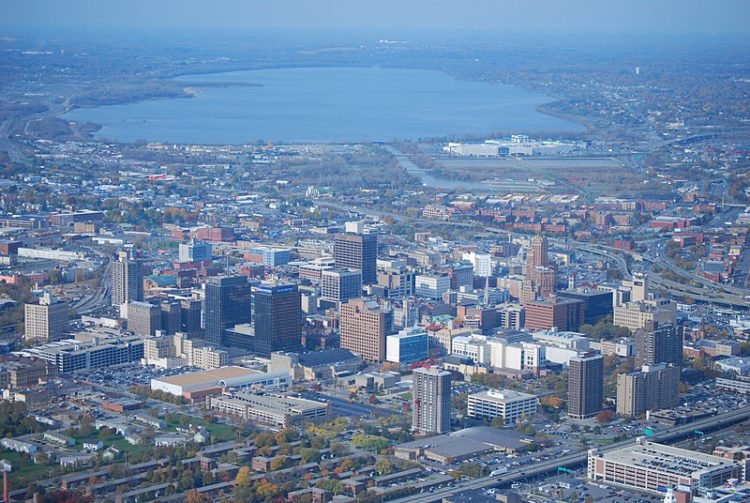 Craigslist is a popular advertisement venue for advertising virtually anything for rent or sale. Many people look through the ads when they’re looking for a home to purchase or rent, for a car or for a job opportunity. While there are some great deals to be found on the site, scammers are also aware that there are innocent and trusting people who look through the ads. Their goal is to swindle these people out of their money. While the site is still a good place to find what you’re looking for, be on alert that some of the ads you’ll find are crooks trying to steal your money. Here are 5 money scams that you need to watch out for on Craigslist Syracuse.

When a couple called real estate agent Debra Lawrence about a rental listing, she knew that something wasn’t right. They had seen an ad on Craigslist, so they followed up with an inquiry. The con-artists who were trying to fraudulently collect rent on the property that they didn’t own had gotten the original ad and reposted it. The couple had applied to rent the home and they were told by the scammers that their application was approved and that they should send a deposit along with the first months’ rent. Luckily, the would-be renters drove by the property where they saw a “for sale” sign, and they followed up by calling the agent listed on the sign. The scammers had taken the legitimate ad and used it to try to swindle people out of a damage deposit and firsts month’s rent.

A Syracuse news network reported on yet another terrible rental scam that is found on Craigslist. An Oswego County woman fell victim when her home became the target of scammers. She reported that a couple knocked on her door and told her that her home was listed as a rental on Craigslist. This was the first of many visitors who were interested in renting the home that she had posted for sale. An artist stole the ad she had placed and made it look legitimate, complete with photos of the property and a description. They were asking for $600 a month in rent which was ridiculously low. The scammers had their victims fill out a rental application and send $1,200 to secure the house and pay the first month’s rent. They even went so far as to mail out a set of keys for those who were duped.

This rental scam is geared towards stealing $1,200 of your hard earned money. It advertises a rental townhouse that is supposed to be located in Syracuse, New York and asks you to complete a rental application, then when you’re approved, you’re instructed to send the con artists $1,200 to secure the home and pay the first month’s rent. They took a legitimate advertisement for a home in Germantown, Maryland and added a few embellishments. It was reported that the MLS service doesn’t operate in New York and that this is nothing more than a scam. The person who responded to the ad emailed them about the application fee and never heard back from them.

The Attorney General of New York is getting involved because of the massive number of complaints that have been reported about rental scams in the Syracuse New York area. Scammers are posting fake ads for rentals and they’re swindling victims out of anywhere between $200 and $6,000 for properties that are not theirs to rent. People who are tricked by these crooks make a deposit and pay rent via Western Union or some other payment form that is difficult to trace. In most cases, the scams are developed in foreign countries which means the funds cannot be recovered. The AG warns that some red flags to be on the lookout for are a price that is lower than average, poorly written advertisements, sob stories that are intended to draw victims in emotionally and a reason why the owner cannot meet with you face to face. A service member from Watertown had nearly become a victim of this type of scheme. She was even on her way to make the funds transfer for the deposit when she was alerted by the Attorney General’s office.

This scam that has shown up on Craigslist involves ripoff artists that post fake ads about forex binary options trading. It offers people a way to make extra money in the market, but these are not a legitimate money making opportunities. The scammers are pretending that they are professional traders. The names William D. Harper, Eric Davis and Jeff Shuleman are the names that are being used. Victims make deposits that are supposed to go towards investments in binary trading options, but instead, they go straight into the scammers pockets.