Home
Business
Sports
How Much Does It Cost to Attend a Los Angeles Lakers Game?
Prev Article Next Article

What Is the Average Cost of Los Angeles Lakers Tickets?

For starters, the performance of the Los Angeles Lakers has been poor for some time. After all, the team hasn’t managed to make it to the playoffs since the 2012 to 2013 season, which has had unsurprising consequences for its ticket prices. However, that has changed because of Lebron James, who has renewed interest in the Los Angeles Lakers.

This has had a huge impact on Los Angeles Lakers ticket prices. For instance, the debut of Lebron James at the Staples Center saw a 71 percent increase compared to the last season, which is a huge jump by any standard of measurement. Likewise, while the impact on other Los Angeles Lakers home games hasn’t been as extreme, it has nonetheless been very noticeable at around 20 percent. To get an idea of what this means in more practical terms, consider how the cheapest ticket for the 300 level will now cost something along the lines of $229 for a game against the Houston Rockets, which should be compared with how the average ticket cost for the opener against the Los Angeles Clippers last season was no more than $235. Simply put, if people have seen the Los Angeles Lakers play in past seasons but not in the present season, they might want to readjust their internal expectations of what they will have to pay. 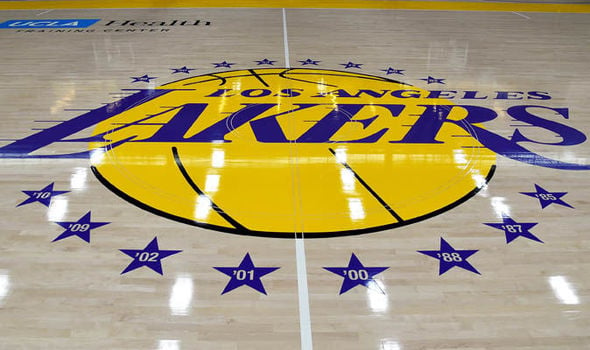 Of course, interested individuals shouldn’t expect the tickets for every Los Angeles Lakers game to be the same. After all, some NBA teams are much better than others, which in turn, means that some match-ups are much more exciting for the fans than others. Due to this, a game against the Atlanta Hawks can see prices that range from $131 on the low end to $1,523 on the high end, whereas a game against the Golden State Warriors can see prices that range from $333 to $6,750.

What Is the Average Cost of Los Angeles Lakers Concessions?

There isn’t a lot of good information that can be found for the prices of Los Angeles Lakers concessions. Stadium Journey states that a regular-sized soda will go for around $6, whereas most beers will go for around $8.50 to $12.25. Meanwhile, most food options will be available at somewhere between $7.50 and $15, though there are some exceptions to this rule. Please note that this information is from 2016, meaning that it is perfectly possible for tweaks to have been made in concession prices in the meantime.

What Is the Average Cost of Los Angeles Lakers Parking?

The Staples Center has official parking spaces. Said spaces go for different prices depending on the kind of event, with the Los Angeles Lakers being more expensive than other teams but less expensive than either events or concerts at a range of $5 to $25 depending on whether people are choosing street parking or garages. Of course, there are other parking spaces that can be found in the surrounding region, which range from $6 to $20. These places offer interested individuals additional options when it comes to parking, but they need to remember that parking at these places will mean a walk to their destination. In the case of the $6 option, the walk is 20 minutes, meaning that there is a real trade-off there.