Home
Travel
Is Scott’s Cheap Flights Service Worth It? 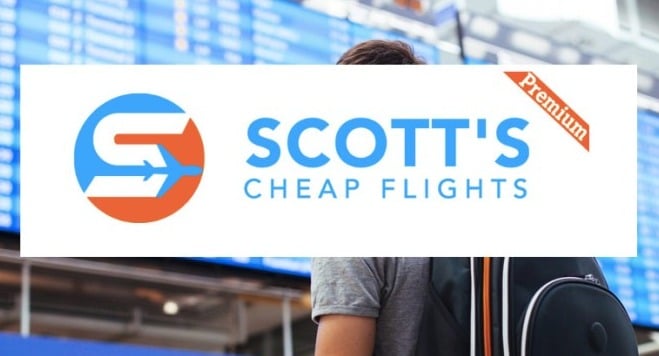 Some service providers have a very simple and straightforward sense of naming. For proof, look no further than Scott’s Cheap Flights, which helps interested individuals secure exactly what is promised by its name. In short, Scott’s Cheap Flights monitors flight prices so that when relevant flights become cheaper than normal, it sends out an email to interested individuals so that they can take the appropriate actions.

What Does Scott’s Cheap Flights Do?

Scott’s Cheap Flights is possible because exceptional prices can pop up for a number of reasons. Sometimes, this might be because of a promotion of some kind. However, much of the time, this is because of some kind of error, perhaps caused by a human, perhaps caused by a machine, or perhaps caused by some other sources altogether. Whatever the case, there are a lot of people out there who want cheaper than normal plane tickets, meaning that interested individuals have the best chances of securing them when they learn about such possibilities as soon as possible, which is where Scott’s Cheap Flights comes in.

For that matter, it should be mentioned that Scott’s Cheap Flights offers a free version of its service to interested individuals. This is much the same as the premium paid version of its service save that interested individuals won’t receive their emails until 30 minutes after their premium counterparts have received theirs. This is a problem in that free subscribers might not get the information that they need to take advantage of such opportunities in time, but considering that comes free of charge, it is nonetheless very useful, particularly for people who are interested in either less popular flights or even a wider range of flights.

With that said, it is important to mention something about the kind of bargains that Scott’s Cheap Flights will send out information about. First, it isn’t interested in minor falls in price. For example, if there is a small discount of no more than $20, Scott’s Cheap Flights won’t bother because it has no interest in inundating its subscribers’ inboxes with what amounts to spam emails. Second, interested individuals can ask for a number of customizations for their emails, thus ensuring that they will get the kind of information that they are interested in but none other. However, it should be mentioned that Scott’s Cheap Flights actually recommends for its subscribers to leave the options on for the initial period because it believes that it will help them get a better idea of the kind of deals that the service will point them towards.

Third, it is important to note that some of the deals pointed out by Scott’s Cheap Flights will be somewhat convoluted in nature. However, Scott’s Cheap Flights doesn’t get paid by various airlines but is instead sustained by the fees paid by its premium subscribers. As a result, while it is natural for interested individuals to be concerned about whether they are really getting the possible deals that can be found or not, they can be relatively sure that Scott’s Cheap Flights is working for the benefits of its subscribers above all else.

Summed up, Scott’s Cheap Flights can be useful for people who are looking for discounts on their international travel plans. However, it comes with some limitations such as being limited to international flights and being limited in useful for US and Canada-based subscribers. Fortunately, if people aren’t sure whether they want to make sure of Scott’s Cheap Flights or not, they can just sign up for the free version to give it a try before using what they will learn to make a more informed decision later on.