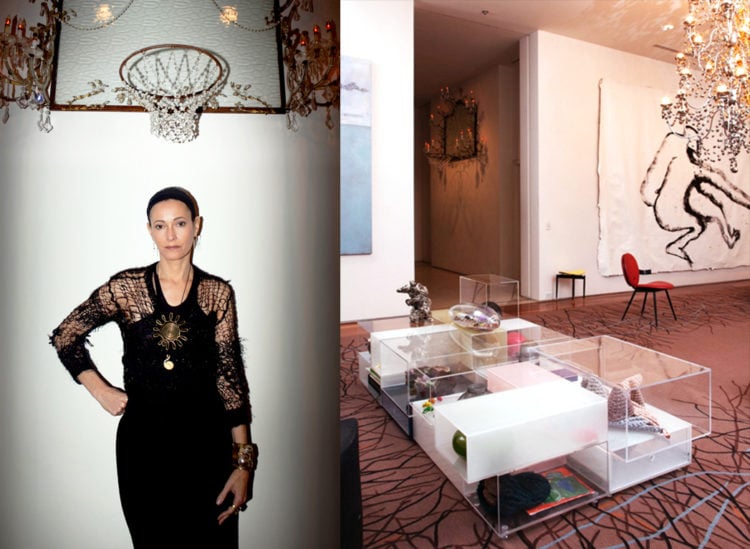 Art has always been admired by many, even those who have no clue about the message the artist wanted to pass thought their work. Jeanne Greenberg Rohatyn is one of the Vassar graduate artists who have taken creativity to another level. Born on 1st January 1967, she has focused on art in her entire life since she got the support from her parents, especially her dad, to venture into it. Get to know more about Jeanne by checking on the facts that you probably did not know about her.

1. She was surrounded by art since childhood

Your surrounding usually has a significant contribution to the decisions you make, including your choice of career. For Jeanne, her entire surrounding during her childhood was full of art, and it is this exposure which contributed to making her a prominent artist. Her parents were both in the creative industry since Jeanne’s father was an art dealer who always wanted his daughter to follow in his footsteps. Her mother, on the other side, was an author who wrote books on art that young children could read.

2. She has worked with Jay Z

Being an artist, Jeanne has been able to work with other prominent artists mainly because she has an influential gallery that attracts clients from all over the world. Such clients include the famous hip-hop artist mogul Jay Z whose famed single “Picasso Baby” film shooting was under the guidance of Jeanne Greenberg. The film by Jay Z focused on art, and that is why Jeanne came handy in it. Of course, working with Jay Z helped to expose her art gallery and herself to other interested parties.

Jeanne focus was not only her art; she also wanted to promote other artists. The passion led her to establish Salon 94 in 2002, which is an art gallery. The art gallery has been able to do well in promoting young artists, and its success has led to the opening of other branches. As of now, there are three branches of Salon 94 in New York with a common aim of uplifting art by mentoring young artists.

4. She married a banker

Unlike most artists who marry their colleagues in the art industry, Jeanne married Nicolas Streit Rohatyn, who is a prominent banker. They got married in the year 1997 and got three children together. Despite being an artist, Jeanne has been able to balance well between her career and family life, making time to spend with her husband and their kids despite her hectic schedule. Funny enough, she also wants the kids to become artists in the future.

5. She has built the career of many artists

Being an artist, Jeanne has not only focused on herself but has been able to assist other artists. She mentors upcoming artists through Salon 94, where the artists get to try out different styles of art. When she recognizes the potential in any of them, she takes part in molding them to become great artists. Many artists have been in the position to prosper in the world of art because of her guidance, and they include Marilyn Minter, Laurie Simmons, Grannan, Lorna Simpson, Huma Bhabha, and Jules de Balincourt.

6. She leads many art institutes

Jeanne is not only focusing on Salon 94. She has gone an extra mile to work with other institutes of arts. The artist serves as one of the board of directors of contemporary museum art in St Louis. According to Wikipedia, she is also in the selection committee of the Frieze Art Fair, which is in New York. She is also one of the board members of the Art Dealers Association of art. With her leadership in these platforms, Jeanne was named as one of the most influential artists in 2014.

Jeanne prefers to come to the world of art in many versions possible. According to this, she says that repetition is never attractive to her. Her being against recurrence has made her come up with various art pieces for use across multiple art occasions. Jeanne is always ready to try something new, and she once appeared in New York to a photography session with no makeup.

8. She has many personal collections of art

Jeanne does not make use of the designs from other people, but since she is a competent artist, some artists use her designs, including Richard Prince and Katy Grannan. She has many individual collections of art both in her art gallery and her home, and when you visit her house, you will find furniture that has artistic designs. Jeanne makes use of the artists that she is mentoring to try out any new model that she comes up with as she works on art. With her guidance, the artists have used her designs and scooped awards in various performances.

9. She associates art with fashion

Art and fashion are two close aspects with the main difference being that while art lasts for a lifetime, fashion changes with time. Jeanne believes that presentation is everything; thus, her artwork has always been of the latest style. Despite some of the designs being loved by people over a long time, she never sticks to it for long and prefers updating her collections to the newest versions.

Art seems like a field that people can venture into just because of talents. That is why most artists find themselves in the world of art without taking time to study art. Unlike other artists who venture into art without acquiring education on the field, Jeanne attended school to study it in depth. Her parents motivated her to receive an education, and since her focus was mainly art, she went to study art at Vassar College and graduated as a curator. She went for an internship at the New York University Institute of Fine Arts, and the education that she acquired became her foundation in the world of art.