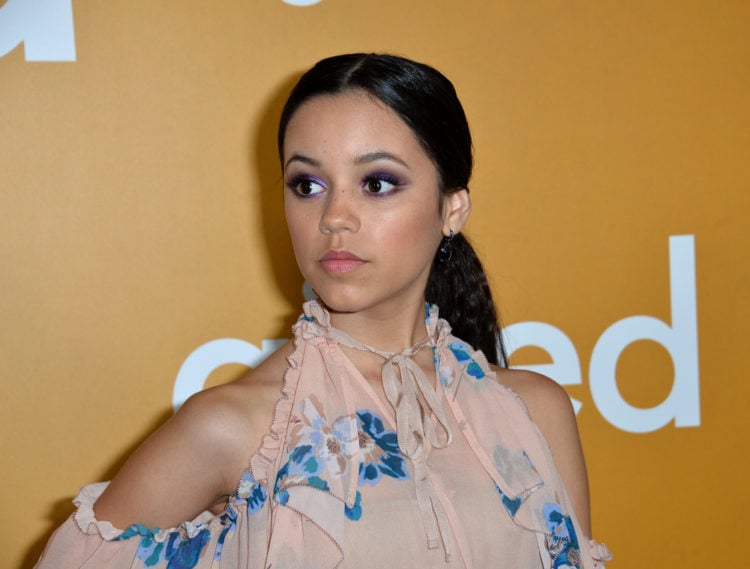 Jenna Ortega is an American actress who is best known for her appearance in the film “Insidious: Chapter Two.” She also appeared in Disney’s “Stuck in the Middle” as Harley Diaz, and as the young Jane in “Jane the Virgin. She has appeared in many films and television series. She has amassed a net worth of $3 million and she is just getting started in her professional acting career. We were interested in learning more about how she came to be so wealthy at such an early age. Here is what we discovered.

According to Celebrity Net Worth, Jenna is 19 years old as of January of 2022. Ms. Ortega was born in September 2002 in Coachella Valley, California. At the age of 12, in 2014, she landed the role of Zoe Leon in the TV series “Rake.” The role opened her up to more parts in television series. The following year she was cast in the role of Darcy on the series “Richie Rich.” Ortega went on the appear in the role of Princess Isabel, in a mini-series called “Elena of Avalor: Adventures in Vallestrella.” This was followed by her recurrent role in “Stuck in the Middle,” which ran from 2016 through 2018. Her career was off to a good start, and good things continued for the emerging young actress. She was cast in the role of Jane in “Jane the Virgin” in 2014, spending five years appearing in the series. She went on to appear in the television series “You.” Jenna has also appeared in popular films. She was fortunate to land a part in the film “Iron Man 3,” which secured her future as an actress. She also appeared in “Insidious: Chapter 2,” and in “The Little Rascals Save the Day.”

Recognition for her talent

Jenna gets recognized for her efforts with an Imagen Award for Best Young Actor for her role in “Stuck in the Middle. Jenna received the award in 2018. According to Otakukart, her acting is not the only talent Jenna Ortega gets recognition for. She is known for her tremendous fashion sense and appeared on PopSugar’s 20 Under 20 list of outstanding people.

Jenna has achieved a solid reputation for being a humanitarian. She stands up for the causes she believes in. Ortega actively supports the LGBTQ+ community. She speaks out against discrimination and stands up for the rights of others. Jenna has done this on several occasions. Glamourfame describes her as a human rights activist and a philanthropist. She began her career when she was just 8 years old and now has more than a decade of experience under her belt.

Three million is a hefty sum for an actress Jenna’s age, but she’s been working for many years now. She has earned every penny. Acting is not her only source of revenue, but it has helped to open other doors for Ortega. Jenna is an ambassador for the skincare product brand Neutrogena since 2020, which brings in yet more income. Representing an iconic brand is a true mark of success that shows Jenna Ortega is a valued influencer. Jenna has also appeared in “The Fallout” and “Yes Day.” She has built an impressive acting portfolio, but this is just the beginning of what looks like a promising career. Jenna Ortega is a hot commodity in film and television. Her impressive resume will continue to open doors in the entertainment industry. Jenna will appear in the “Scream” franchise’s fifth installment. She will also have a role in a new horror movie set to begin production, titled “X.” She will also appear in a new Netflix film in the role of Wednesday Addams, formerly played by Christina Ricci. The title of the project is “Wednesday.” Tim Burton is the director of the project.

How did Jenna Ortega become so wealthy?

When we review her work history and acting portfolio, it’s clear that Jenna Ortega has had plenty of work to keep her occupied. She has appeared in quite a few television series. Most of them as recurrent roles. Jenna has earned an income from her acting career since she was eight years old. She serves as an ambassador for a major brand. She also has an impressive film career. If you think that the $3 million in personal wealth she amassed is high, we fully expect that number to go up significantly within the next few years. Now that work is opening up after the Covid-19 pandemic restrictions, Jenna Ortega is making plans to appear in yet more roles.

Jenna Ortega has become a multimillionaire by the age of 19. The talented young actor has eleven years of acting experience to her credit, and she also represents a well-known skincare products brand. Ortega is an actress who continues to build her portfolio and a strong reputation. She has shown her diverse talents through appearances as a voice actor. Jenna also appeared in horror genres and comedies. She is a versatile actress who has not been typecast. She’s not locked into any one genre, which opens up even more possibilities for her as she continues her career as a professional actress. Jenna is now a veteran at an age when many are just breaking into the business. She has a bright future ahead of her. We’re all excited to see her when her latest projects are released. Ortega is a rising star to keep your eye on. We believe that she has the talent and posturing in the entertainment business to go far. Jenna is a hard worker who has earned her place in an industry that’s hard to break in. She has the most challenging part of the job behind her. Now Jenna Ortega is reaping the benefits of the years of work. She took numerous roles to set her career on solid footing.