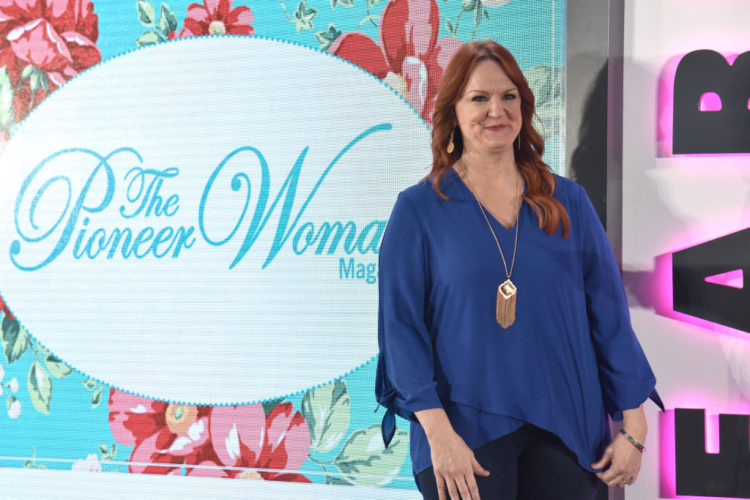 Ree Drummond has turned a blog into an empire. In the process, she’s become very, very rich. Just how rich may make your jaw drop. According to Celebrity Net Worth, the Pioneer Woman (as she’s known to her fans) is worth the whopping sum of $50 million (although if you think that’s a lot, just wait till you find out how much her husband’s got in the bank). How did she do it? By writing, photographing, blogging, cooking, and talking about food, mainly. Marrying one of the richest landowners in the US probably didn’t harm matters, either…

Drummond’s current success can be traced back to a little blog called Confessions of a Pioneer Woman, later to be renamed The Pioneer Woman. She started blogging in 2006, focusing on her experiences of ranch life, homeschooling, and raising a family. A year later, she posted her first cooking tutorial. “How to Cook a Steak” featured 20 elaborate photographs and more detailed descriptions than you could think possible. It also drew more fans that you’d think feasible. By the end of the year, she’d won her first Bloggie at the Weblog Awards. By 2010, she had 4 more Bloggies in her trophy cabinet, including 2 for Weblog of the Year. According to Wiki, a full rundown of her awards and nominations would show the following:

Apparently, there was something about Ree that captured the public imagination. Maybe it was the gorgeous food photography, maybe it was her down-to-earth descriptions of family life, maybe it was hearing her talk about the famous ‘Marlboro Man’ (her husband, to me and you). Whatever it was, people liked it. Better still, they liked her. By 2009, Drummond’s blog was getting 3 million-page views per month. By 2011, it was getting 23.3 million-page views per month and 4.4 million one time visitors (which, just to put into perspective, is, as The New Yorker said at the time, “about the same number of people who read The Daily Beast”.) You don’t get readership figures like that without feeling the effects on your wallet – by most accounts, Drummond is pulling in at least a million dollars from advertisement income alone.

In addition to writing her blog and her books, Drummond has managed to find time to forge a successful career as a TV cook. Her first adventures on the small screen came with an episode of Throwdown! with Bobby Flay, in which she challenged the chef to a holiday face-off on her Oklahoma ranch. In 2011, she was offered her own TV program, The Pioneer Woman, which still airs on the Food Network to this day.

Want to get on the fast-track to a cushy lifestyle? Then follow Ree’s example and marry a landowner. In Ree’s case, we’re not taking about any old landowner, though, we’re taking the 23rd largest landowner in the United States. Whether Ree had made $50 million flogging her blog or not, she’d still be one of the wealthiest women in the US. Why? Because hubby Ladd (or ‘the Marlboro Man’, as Ree’s affectionately christened him) is worth a massive £200 million. According to Celebrity Net Worth, the Drummond family has been paid more than $24 million in rent from the US government in the past 10 years alone…. and that’s to say nothing about how much they’ve been paid by other organizations and individuals, or the $2 million a year the Bureau of Land Management pays them to keep wild horses on their land.

Ree Drummond may be married to one of the richest landowners in the US, but that $50 million net worth is no one’s doing but her own. 15 years ago, Drummond spotted an opportunity. Fast forward to today, and she’s still milking it dry. She’s also still working freakishly hard to ensure her blog, her TV work, and everything else she does has enough heart, charm, and homespun wisdom to keep her fan base ever-happy and ever-growing. Which may just explain that huge net worth.