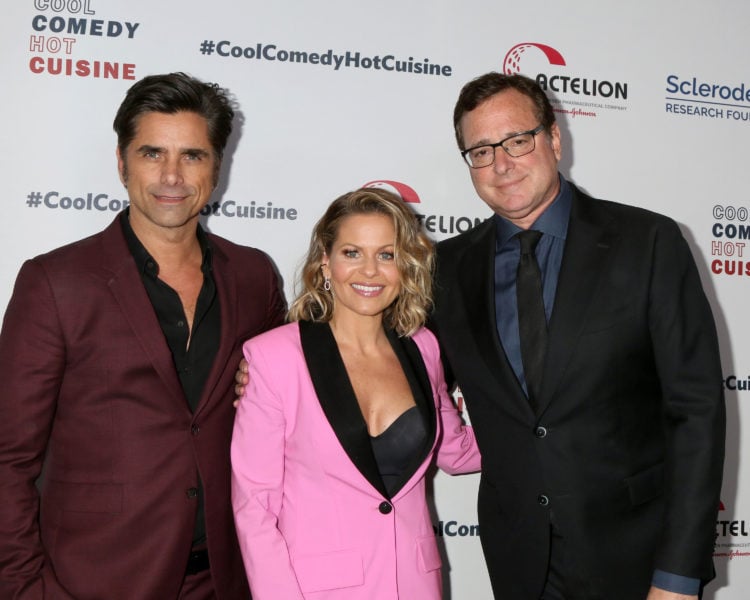 Bob Saget is an American actor and television series host who is best known for his appearances as Danny Tanner the dad on the popular family show “Full House.” He also served as the host of “America’s Funniest Home Videos” for several seasons. It has been discovered that Saget is a very wealthy funny man. The comedian has a reported net worth of $50 million. This makes us wonder how in the world he ever came to be so rich. Did he make that much from his acting and hosting career or did he have other revenue sources? We looked into his career history and here is what we learned.

He was born in Philadelphia, Pennsylvania on May 17, 1956. This makes him 64 years old as of the spring of 2020. His name at birth was Robert Lane Saget and instead of taking on a stage name, he stuck with his nickname, Bob. He was raised in a Jewish family with his sisters Gay and Andrea Saget. His sister Gay died at age 47 of a pre-existing health condition and Andrea passed away from an aneurism at the early age of just 34. His parents are Rosalyn and Benjamin Saget. His mother was a hospital administrator and his dad was an executive in the supermarket industry. The couple had two children before Bob was born who died at birth. Bob is the only remaining sibling out of 5.

Bob graduated from high school in 1975 and went on to college. He had the goal of becoming a medical doctor, but an instructor who saw his tremendous potential to become an entertainer encouraged him to pursue a career in the performing arts. He took her advice and instead attended the Temple University film school earning his BA in 1978.

Saget auditioned for the role of Danny Tanner at the age of 31 and he snagged the role. This was a breakthrough in his acting career. The show “Full House” was a long-running comedy series that was geared towards family life and imparting family values. He also appeared in a variety of television shows including “Law & Order,” and “How I Met Your Mother.” His most prolific role however remains as Danny Tanner, the well-meaning and clean living dad on the popular sitcom Full House.

Prior to graduating from film school, Bob Saget created a student film project called “Through Adam’s Eyes.” This was a film that was about a young boy who was the recipient of reconstructive surgery on his face. The project earned Bob a Student Academy Awards award of merit. He chose to begin his career as a stand-up comedian. He set out on a rigorous tour of the US, making all of the rounds on the circuit. He was invited to appear on “The Merv Griffin Show which gave him better exposure to the public in 1981. He also joined the cast of the CBS “The Morning Program in 1987. Bob was hired as the host of “America’s Funniest Home Videos” in 1989 and he maintained this role until stepping down in 1997.

He is also a director

Bob Saget had already established himself as a talented comedian and actor as well as a popular television host, but after the death of his sister Gay, he went a different direction. He directed an ABC television movie based on his sister’s life called “For Hope.” After this, he directed the feature film “Dirty Work” in 1998. Although the reviews were negative, it was still popular with audiences. Saget also served as the narrator portraying the voice of Ted Mosby for the popular sitcom “How I Met Your Mother.”

In addition to being a very talented actor, comedian, and director, Bob Saget is also a writer. He wrote a book called “Dirty Daddy” which was published and released in 2014. The book details his life experiences along with a biography of his acting career and his work on the comedy circuit. Saget also made the round in an international comedy tour. He performed at several cities in Australia including Perth, Brisbane, Sydney, and Melbourne where he discovered huge audiences who turned out to hear his unique sense of humor. He titled it “Bob Saget Live: The Dirty Daddy Tour.”

He also has a podcast

Bob Saget is also pursuing a new endeavor these days. He launched his own podcast in April of 2020 that is titled “Bob Saget’s Here For You,” in collaboration with Studio 71. This is something that he could most easily do in light of the stay at home orders and the country being closed for most forms of outside entertainment from the Coronavirus pandemic. It’s been tough on entertainers, but Saget is taking to the internet to continue bringing us joy and laughter. It takes more than a virus to keep American entertainers down.

Saget is active in supporting research for Scleroderma, the disease that claimed his sister Gay’s life. He is passionate about providing as much support as possible for finding treatments for this fatal condition. Bob has had his share of grief and heartaches, but his heart remains big and open and he truly cares about those around him.

Where did Bob Saget earn his fortune?

Saget’s $50 million fortune has been earned through the decades that he has spent in the entertainment business. His acting, comedy work, and directing have been lucrative ventures for the star who is an icon in American pop culture. Although his role as Danny Tanner is far removed from his frequently ribald and vulgar comedy shows, this just showcases the fact that he is a man of many talents and well able to play about any part required. Bob Saget isn’t finished yet either. He’s still active in spreading his comedy over the internet and we expect to hear more from him in the future.