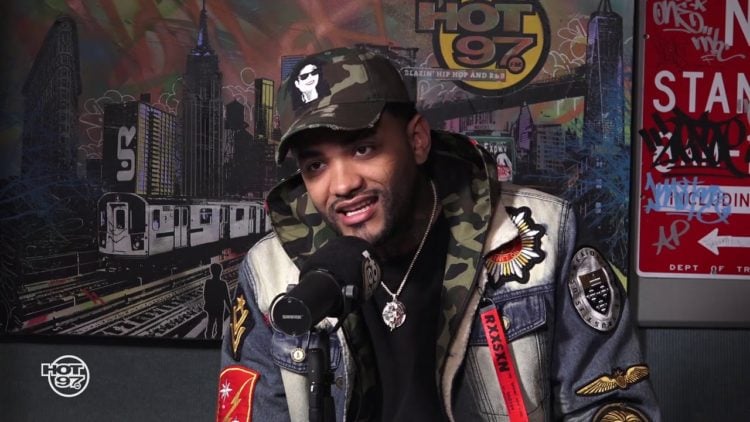 Joyner Lucas’ success story may read just like any other in the music industry, but Lucas has a different approach to success that makes him stand out somehow. The multi-dimensional musician has always been rooted in music, and he has known at an early age that music will be his road, his vehicle, and his destination. Best known for his 2015 single “Ross Capicchioni,” Lucas is slowly creating an empire for himself in the global music industry. Within such a short span of professional artistry, Lucas has managed to amass a net worth of $1 million. We’re going to examine just how Joyner Lucas achieved his success and what the future holds for this talented artist.

Born on August 17, 1988 as Gary Maurice Lucas, Jr., Joyner Lucas has had a number of aliases throughout his life. It’s not unusual for someone who is trying to find his identity through his music. Lucas has known at a tender age that music was his game and that he was bound to be a rapper. Growing up and spending much of his childhood in Worcester, Massachusetts, Lucas started rapping at the age of 10. His passion for music and songwriting was evident, as was his natural talent and skill for the craft. Lucas was inspired by artists such as Eninem and Jay-Z, and their influences can be heard slightly in his music.

As a teenager, he started recording under the name G-Storm. It wasn’t until 2007 that Lucas switched gears and began calling himself Future Joyner. Lucas began working with his fellow musician and uncle, Cyrus tha Great. Film Skool Rejekts was formed not too long after, and a mixtape was released the very same year. Workprint: The Greatest Mixtape of All Time was a preview of the kind of talent Lucas was putting on the table. While the mixtape gave Lucas some traction, he didn’t release another mixtape until 2011, almost three years later. This time, he released a solo mixtape project under his rapper name, Future Joyner. The mixtape was titled Listen 2 Me and was released under Dead Silences records.From that point on, Lucas would steadily release a mixtape at least once every two years. Lucas’ mixtapes proved to be a good way for the artist to market himself.

In 2013, Lucas released the album titled LFO’s or Low Frequency Oscillators. In 2015, Lucas finally found a better foothold with the release of his mixtape, Along Came Joyner. It was in this album that Lucas gained the attention he needed. The mixtape contained the single “Ross Capicchioni,” which would go on to be heard worldwide as a critically acclaimed song. Within that same year, Lucas found himself featured in the live 2015 BET Hip-Hop Awards Cypher. It’s an achievement that would propel Lucas’ career to the future. By September 2016, Lucas signed a record deal with Atlantic Records. Although many artists find themselves jumping into an offered deal early in their career, it took Lucas just under a decade and four mixtapes before a major record company took him on.

Around this time, Lucas started experimenting with remixing popular hip-hop songs, and it brought even more attention to his artistry. According to this article, Lucas’ remixes of songs such as “Gucci Gang” and “Bank Account” have accumulated more than “76 million views and 68 millions views on YouTube, respectively.” With YouTube being saturated with covers and remixes, this was a feat for an artist that had just been signed. Under Atlantic Records, Lucas released the album 508-507-2209in 2017. Within a week of the release of his single, “I’m Sorry,” the music video had already amassed over 40 million views.

The platform has proven to be a useful marketing tool for the artist. Within the same year of his album release, Lucas uploaded another attention-grabbing single on his YouTube account. The single, “I’m Not Racist,” quickly stacked up its number of views, with currently over 85 million views worldwide. The song became a hot topic of conversation with many criticizing the artist for a clichéd viewpoint. Many others, however, praised Lucas for tackling the conversation of race and society the way he did through his song. The video went on to be nominated for a Grammy Award for Best Music Video for that music season.

Joyner Lucas continues to make music, and that’s the main financial resource for the artist. Since 2017, he has done collaborations with artists such as Chris Brown and his inspiration, Eminem. He continues to release songs that end up on the charts. In 2018, Lucas announced that he would be releasing his debut studio album through his own label, Twenty Nine Music Group. It took the artist two years before he finally released “ADHD” in March 2020. He released nine singles before he released his album. “ADHD” became a long-awaited project, and many were satisfied upon its release. With a total of 18 tracks and a variety of movements within the album, it showed everyone that Lucas had more up his sleeve.

Lucas has postponed touring because of the ongoing pandemic, but he was always a touring artist before. Combined with money made from his music and his tours, Lucas is also making money as a record producer. Interestingly enough, he also makes a good amount of money from his YouTube channel, which receives millions of views on a regular basis. Joyner Lucas is a hardworking artist and a no-nonsense kind of person. He works hard for his money, and he believes success comes to those who keep at it. We don’t foresee Lucas stopping on his way any time soon, so we expect him to just keep stacking up his net worth in the coming years. What excites us most is knowing that his next project is something that we’ll probably never expect–just as he has kept it fresh since we first listened to his music.