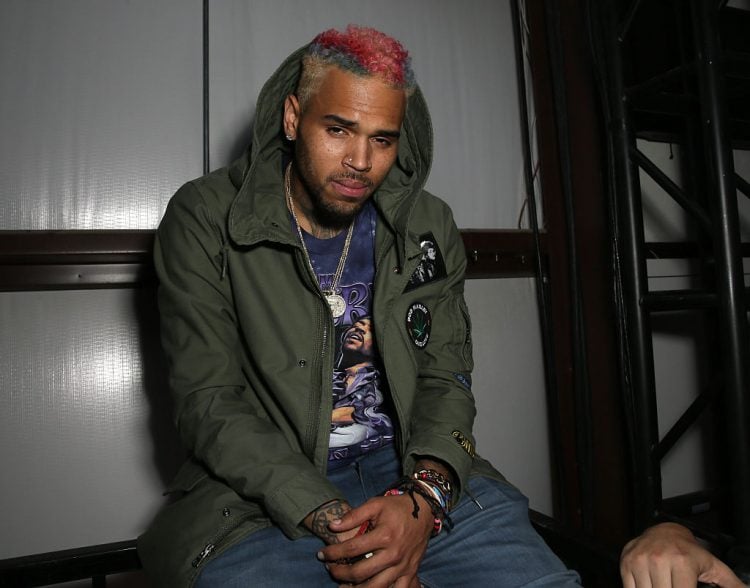 Chris Brown, aka Breezy, was born as Christopher Maurice Brown on May 5, 1989 in Tappahannock, a small town in Virginia. He is a multi-talented singer, songwriter, dancer, and actor. Chris Brown was not a late bloomer. From an early age he showed musical promise. He started out singing in his local church choir and local talent shows at a very young age. By 2004, at the ripe age of fifteen, Chris Brown had already signed a contract with Jive Records and was releasing his first album.

His first album was self-titled, made it to number two on the Billboard 200 list, sold over three million copies around the world, and the Recording Industry Association of America slapped a certified double platinum label on the album. Chris Brown was not a one hit wonder and has been recording and producing albums ever since. It has not been smooth sailing for him, though, as he has ran into some serious domestic problems that resulted in a short stint in jail. In addition to his successful musical career, Chris Brown has pursued and steadily worked on building his acting career, being an excellent father, and earning awards and recognition for his continued success.

Here are 20 things you didn’t know about Chris Brown

1. Chris Brown loves to dance. Before he was even out of diapers, Chris Brown had started dancing….and he hasn’t stopped yet. In a tell-all interview with Oprah Winfrey, Chris Brown let everyone know he has been dancing since he was 2 years old. When he was little and watching his singing favorite, Michael Jackson, on television, Chris Brown was imitating him. It was actually through watching Michael Jackson on television that he learned how to dance in the first place. He has said he has ants in his pants and dances all the time.

2. It’s the old school musicians that Chris Brown likes the most and that inspired him then and still do to this fay. His inspirations include the great musicians from back in the day – Stevie Wonder, Kim Burrell, Usher, Same Cooke, Michael Jackson, Donnie Hathaway, and Teddy Pendergrass. You can imagine how he felt the day his idol Michael Jackson reached out to him and called him. At the age of eighteen, Chris Brown received a phone call from Michael Jackson to let him know he loved the song Shortie Like Mine.

3. Chris Brown loves the 80’s style. He doesn’t dress with the same style all the time, though. He chooses his outfits based on his mood for the day. However, his favorite way to dress is with an 80’s edge. He says he dresses in a different style everyday.

4. Chris Brown’s acting talent was shining through at an early age. In elementary school, Chris Brown starred in the school play Elfis which was based on Elvis. This was just the beginning of what would become a lucrative acting career.

5. In addition to being a talented, successful singer, songwriter, and actor, Chris Brown is an athlete. He has a natural athletic talent. Since elementary school he has been an exceptional basketball player and point guard. In fact, he was so great that when he was in the sixth grade, he was on the eight grade basketball team. Chris Brown also has not one, but two favorite basketball teams; the Miami Heat and the Atlanta Falcons.

6. At the ripe young age of fifteen, Chris Brown auditioned for L.A. Reid’s Def Jam and was offered a recording contract right then and there. He declined and did not accept the offer, however. Instead, he eventually decided to go with Jive Records.

7. You have to feel bad for Chris Brown. The poor guy grew up with an abusive stepfather. He claims he was terrified all the time of his stepfather. There is one night in particular he remembers his stepfather making his mom’s nose bleed. All Chris could do was cry. He says he hated his stepfather then and he still hates him to his day. Even with a terrible home life, Chris Brown still managed to pull through and start a successful career as a teenager.

8. As famous and successful as Chris Brown is, he still has his own insecurities. He is 6’1″ and is afraid of getting any taller. He fears that if he gets taller he won’t be able to dance as well anymore because his body won’t move the same way it does now. In 2007, he was named one of People magazines Most Beautiful Celebrities, as well as The Sexiest Man Alive, and in 2008 he was chosen for a MILK ad, so he really has no reason to have any insecurities at all. The fans all love him just the way he is.

10. Chris Brown has only won one Grammy Award. Although he has been nominated numerous times, twelve to be exact, he has only actually won one. The Grammy Award he won was back in 2012. He won the Best R&B album for F.A.M.E. This album also just happened to have been his very first number one album. His first three albums were only able to earn a number two, four , and seven spot.

11. Chris Brown truly can do it all. We know he can sing, we know he can write amazing songs, we know he can act, and we now know he can play a mean game of basketball. But, did you know he has yet another hidden talent? Chris Brown is an exceptional artist and he loves to paint. He says he uses his music and painting as an outlet to get thrugh the confusion. He paints monsters that he believes are mirror images of the negative views and opinions people have for him. He also enjoys painting murals. Most of the profits that his mural painting make are donated to charity.

12. Chris Brown was arrested in 2009. Most of you already know about the Chris Brown/Rihanna incident that resulted in Chris Brown’s arrest. He was arrested for hitting and assaulting his then girlfriend, Rihanna. This violent act landed him in jail, where he served his time. According to Chris Brown, he learned a lot from this experience. He says assaulting Rihanna was a wake up call for him. He realized then that he was not a teenager anymore and he needed to stop being a crazy, wild teenager-type. After the arrest, he decided it was time to grow up.

13. Chris Brown is an extremely talented song writer. You may have already known he wrote songs, but did you know how many? He is not one of those singers that writes a song here and there. His album Graffiti is composed of thirteen songs. Twelve of those songs were written by Chris Brown. In 2008, Rihanna had a hit song, Disturbia. That song was actually written by Chris Brown and he had intended to use it on one of his own albums.

15. Chris Brown has tattoos. The singer doesn’t have just a few tattoos, he has A LOT of tattoos! Chris Brwn started getting tattoos at the very yound age of thirteen. Today, he has over fifty tattoos on his body and this number is continuously increasing. Some of Chris Brown’s tattoos include: a tattoo of a pair of wings with four stars on his pecs, roses over top of a diamond in a symphonic love tattoo, a group of three stars on his neck that match his ex-girlfriend, Rihanna. the stars were a symbol of their undying love for each other. Chris brown has left his stars the way they are, but Rihanna had her stars tattoo altered so they no longer match. On his back there is an evil looking skeleton smile under an equally morbid looking smiley face and two intersecting feathers above the smiley face.He even has tattoos on his hands, one of which is his mom’s name. He has dozens of tattoos on his arms, creating two arm sleeves. On the top of his foot he has a large crossbones. These are only a few of his many tattoos!

16. Chris Brown loves burgers. He has said that while in jail the one food he couldn’t wait to eat was a delicious grease dripping burger. In fact, his love of burgers goes so far that Chris Brown owns fourteen Burger King restaurants. It is not easy to own a Burger King restaurant. In order to be eligible to own one, you must have a new worth of at least $1.5 million and $500,000 in liquid assets. In addition, it can take up to $1.2 to $2.2 million to develop the location. The costs depend on the size of the Burger King location as well as where it is located. And, on top of that it costs a whopping $50,000 to purchase a twenty year franchise agreement. That’s a lot of money to most of us, but to someone with a net worth of over $30 million, it probably seems like next to nothing.

17. Chris Brown is the only singer ever to be in jail and have a number one record at the same time. In 2014, Chris Brown was sentenced to jail time for hitting, Rihanna, who his girlfriend at the time. While he was incarcerated, his hit single, Loyal, rose to number one on the billboards list. No one else has ever been able to achieve this. He says the guards would even play the song for him while he was behind bars. Prior to getting sentenced, Chris Brown had managed to finish recording the album, X. His record producers were nervous about releasing the album and had been holding off on releasing it in fear that the negative press from his recent negative headlines would overshadow his music. He was released from in June and the album was released a few months later, in September. Holding off on releasing the album was a smart idea. The album quickly rose to number one, with sales rising as high as 145,000 copies in its debut week.

18. At the age of fifteen, Chris Brown bought a house for his mother. And not just any old house; a $1 million dollar house! At fourteen he signed with Jive Records. At fifteen he was releasing an album, becoming a superstar, making lots of money, and buying his number one fan, his mom, a $1 million home.

20. There’s something special and unbreakable about a father-daughter bond. Chris Brown has an adorable young daughter and loves spending time with her. He says loves dancing with her and even helps pick out her outfits. Her name is Royalty and he treats like a princess, even throwing her lavish birthday parties that she will probably not remember when she grows up.