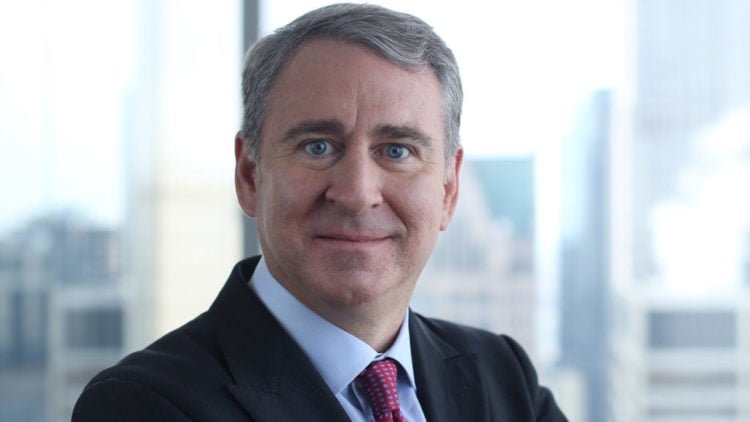 Ken Griffin, the billionaire founder of Citadel, recently made headlines after news emerged that he’d added a $99 million beach house in Florida to his already considerable property empire. The 3.7-acre property, which boasts 8 bedrooms and occupies an enviable position on Palm Beach, represents the second-biggest property deal in the city to date. Over the past few years, Griffin has been snapping up jaw-droppingly expensive properties left, right and center, spending at least $350 million on his ever-growing Palm Beach estate alone (which is to say nothing of his historic purchase of a $238 million residence in New York City earlier this year). To learn more about the professional and personal life of the financial titan, read on.

1. He bought the most expensive property ever sold

In January 2019, Griffin made history when he closed a deal to buy the most expensive property to ever be sold in the US. The New York penthouse (which comes with some very nice views over Central Park and a stunning interior that stretches over several floors) set the Citadel founder back a mammoth $238 million. As reported by CNBC the property was purchased in its raw state, meaning Griffin will need to fork out several more millions before the home is designed, built and furnished to completion.

New York isn’t the only state in which Griffin has closed a massive property deal: his previous investments in Chicago and Miami represent the most expensive sales the states have ever witnessed. In Chicago, Griffin laid down $58.5 million for the top four floors of a condo tower on the Gold Coast. Before that, Chicago’s most expense property sale was the comparatively minor $18.75 million paid by George Lucas and his wife for a penthouse at Park Tower. In 2015, meanwhile, Griffin broke records when he happily handed over $60 million for a penthouse in Miami- the most anyone has ever paid for the privilege of owning a condo in the city.

3. He’s going global with his spending

It’s not just the US property market that’s benefiting from Griffin’s cash; he’s also proving to be a realtor’s dream in the UK. Around about the time he was laying down $238 million for his Manhattan residence, he was also busy breaking records in London by handing over a historic $122 million for a manse near Buckingham Palace.

4. His spending spree has led to speculation

Griffin’s recent spending spree has led many to speculate about why’s he splashing so much of his cash on the housing market. “He buys them because he is a Master of the Universe — and he can,” New York City real estate broker Dolly Lenz has suggested to the Post. One of Griffin’s colleagues has offered the alternative suggestion that “Preservation of capital over the long term is the only thing I can think of.’’ Other sources close to Griffin have suggested a more personal reason for his recent investments. “He has been buying them up since his divorce to impress women he is dating,’’ one source has said.

Some real estate sources have suggested the real reason behind Griffin’s sudden interest in buying up swathes of prime Florida real estate is down to a very simple motivation: taxes. By moving his primary residence from Chicago to Florida, the business magnate would benefit from a much lower tax rate. While this is, of course, purely speculative, it certainly fits in with his very hostile position towards socialism. “Where we see the government involved in great degrees of subsidizations is where we often see the economy break down the greatest,’ he told the attendees of the Milken Institute Global Conference in spring this year.

6. He’s made financial contributions to both major parties

As we’ve already discovered, Griffin is no socialist, but that’s not to say he’s a dye-in-the-wool republican either. As Chicago Mag reports, Griffin has made numerous (and substantial) donations to candidates from both major parties over the years, including the Republicans Paul Ryan and Senator Tom Coburn, and the Democrats Rahm Emanuel and Senator Evan Bayh. In 2011 alone, Griffin and his then-wife, Anne, donated a reported $1,869,400 to political causes. Despite his obviously keen interest in politics, Griffin has publicly stated that he has no interest in running for election himself.

7. He started his first investment fund at Harvard

Griffin’s interest in investing was piqued after reading a Forbes magazine article on the subject during his freshman year at Harvard. After making some initial investments, he launched his first hedge fund during his second year of college, capitalized with $265,000 seed money borrowed from various friends and relatives. His success allowed him to launch a 2nd fund soon after; by the time he graduated from Harvard in 1989, he was managing over $1 million in assets.

Fresh from Harvard with a degree in economics, the young Griffin managed to impress Frank C. Meyer, the founder of Glenwood Capital LLC, so much that Meyer offered Griffin $1 million to invest as he saw fit. Griffin did just that, and in return for his generosity, Meyer was rewarded with a 70% return on his initial investment.

A year after graduating, Griffin founded Citadel Investment Group with the proceeds of his previous investments (which by then had managed to return a staggering $4.6 million). The company grew rapidly, and within just 8 years, had $1 billion in investment capital and an army of over 100 employees.

In 1994, Griffin experienced a rare set back when Citadel made its first loss. In response, Griffin made the decision to turn Citadel from a hedge fund into a mainstream investment company, believing this the best way to withstand any changes or disruptions in the market. After enjoying a sustained period of growth, the company was again shaken when the 2008 financial crisis hit. After its Kensington and Wellington Funds lost 55 percent of their value, Griffin made the decision to suspend shareholder redemptions, something he’s since described as one of the “most difficult decisions” he’s ever made. By 2012, Griffin’s strategy of managing the crisis had paid off, and the company had recouped all the loses of 2008.

11. He’s been described as a great boss

In March 2015, Citadel won the honor of ranking on the Top 10 Great Workplaces in Financial Services by the Great Places to Work Institute. As Business Insider reports, employees of the financial giant can expect to enjoy such perks as free daily meals, private museum tours, and fitness programs. Griffin’s enthusiasm for a collaborative, inclusive environment stems from his firsthand experience of working for a company at the other end of the scale. “It was a defining moment in my youth when I realized I wanted to be part of a team that liked to collaborate and work together,” he told Crain’s.

12. He was Forbes’ youngest-ever self-made millionaire

In 2003, Griffin made the Forbes 400 for the first time, making him the youngest ever self-made millionaire to make the list. His fortune at the time was estimated to be $650 million. By the following year, that fortune had increased enough for Forbes to name him the eighth richest American under 40; by 2006, he was the fifth-youngest richest American on the Forbes 400.

13. He’s one of the highest-earning hedge fund managers in the world

In March 2019, Forbes named Griffin to their list of the highest-earning hedge fund managers and traders in the world. The ranking came after a very successful year for Citadel, which saw the firm’s flagship hedge fund return 9.1%, and its other funds return between 6% and 9% net of fees. Griffin’s personal earnings for 2018 are estimated to be a massive $870 million.

Given that Griffin was already managing $1 million in assets before he’d even graduated university, it’ll be little surprise to most to learn he’s one of the world’s richest men. According the Forbes, the Citadel founder is today worth an estimated $12.8 billion, a fortune that makes him the 117th richest person in the world, and the richest resident of the state of Illinois.

After Griffin’s first marriage to childhood sweetheart, Katherine Weingartt, ended in divorce, he married his second wife, Anne Dias-Griffin (founder of Aragon Global Management, a Chicago-based hedge fund firm) in 2004. Eleven years of marriage and three children later, the couple called it a day in October 2015, citing the usual “irreconcilable differences” as the reason for their split.

15. He contributed to the building of a chapel

In 2011, Griffin, a member of the Fourth Presbyterian Church of Chicago, donated $11 million to the building of a new chapel at the church. In honor of the significant donation, the church named the new five-story, 80,000-square-foot addition “ The Genevieve and Wayne Gratz Center” as a tribute to Griffin’s grandparents.

16. He’s noted for his philanthropy

The Fourth Presbyterian Church of Chicago isn’t the only beneficiary of Griffin’s wealth; over the years, the financial titan has made no shortage of donations to charitable causes. In 2007, he donated $19 million to the Art Institute of Chicago, while in February 2014, he gifted $150 million to his alma mater, Harvard University, in what was then the largest single donation to ever be made to the university. Other institutes to benefit from his philanthropy include the Chicago Park District and the Department of Economics of the University of Chicago.

Given the enormous state of his fortune, Griffin has cash to burn (or at least he did have, before he started spending vast swathes of it on prime chunks of real estate). One of his favorite ways of splashing the cash is on building his art collection. In 1999, he added to what was already a very significant collection when he purchased Paul Cézanne’s Curtain, Jug and Fruit Bowl for a record $60 million. In 2006, he spent a grand total of $80 million on False Start by Jasper Johns. Other significant purchases include Willem de Kooning’s 1955 oil painting, Interchange, and Jackson Pollock’s 1948 painting, Number 17A, both of which were purchased from music mogul David Geffen for $300 million and $200 million respectively.

19. He’s the vice-chairman of the Chicago Public Education Fund

Outside of his activities with Citadel, Griffin is an active member of several non-business-related boards, including the University of Chicago’s Board of Trustees, and the Board of Trustees for the Art Institute of Chicago, the Museum of Contemporary Art and the Whitney Museum of American Art. He also currently serves as the Vice-Chairman of the Chicago Public Education Fund.

While Griffin has previously confirmed he holds no political aspirations, he’s not reluctant to exert his influence in other spheres. In addition to his membership of the Committee on Capital Markets Regulation (a nonpartisan research organization that provides advise on US capital markets to policymakers), Griffin is also an active member of the G100, a community of 100 CEOs that, as their website declares, delivers “actionable insights that improve business performance.” 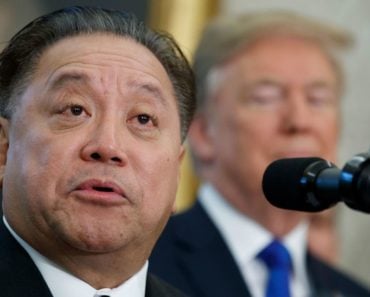 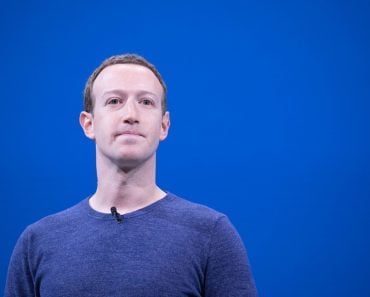 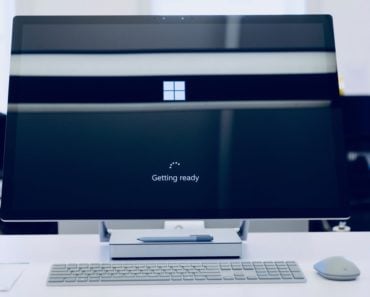 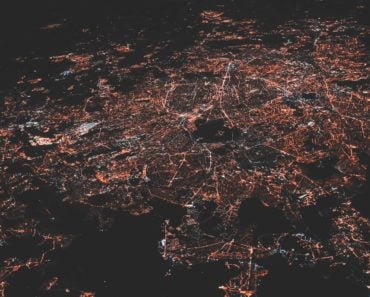 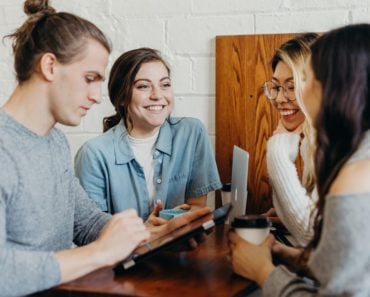 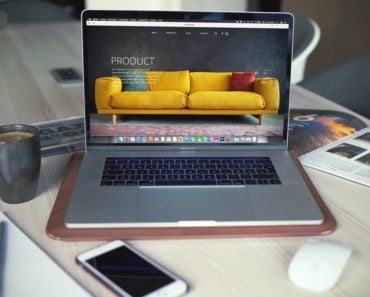