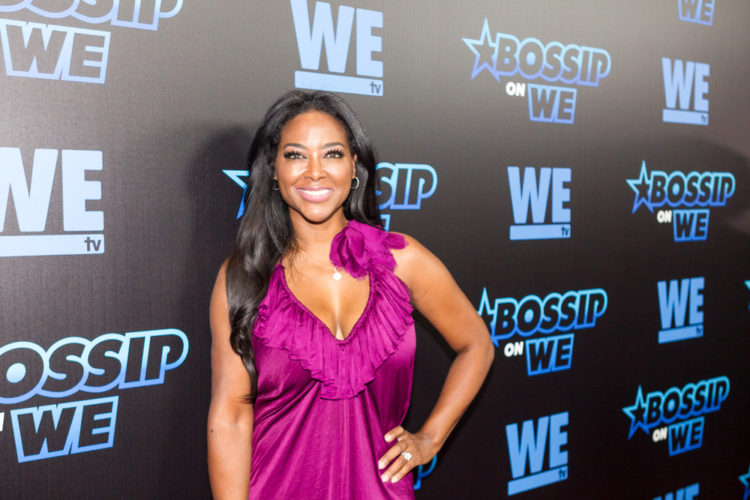 Kenya Moore is many things to many people – an actress, model, producer, author, television personality, entrepreneur, and, if the latest reports are to be believed, one very wealthy woman indeed. Since rising to fame as a cover girl for Ebony Man, she’s enjoyed huge success across a huge range of projects, not least as one of the main cast members of The Real Housewives of Atlanta. It’s not surprising then, then her bank balance is in the black. Reports about just how healthy her finances are differ to some extent, with Celebrity Net Worth estimating her net worth to be in the region of $800,000, foxnewspoint.com putting it at a cool million, and celebjury.com calling it at $1.5 million. Without seeing her bank statements, it’s hard to know the truth. But let’s take the middle ground and say it’s a million. Whichever way you choose to look at it, that’s no small change. So, how exactly did she make it?

Kenya was born in Detroit, Michigan, on January 24, 1971. It’s fair to say she didn’t get the best of starts in life. Her mother, Patricia, was only a teenager when she gave birth to her daughter; unable to cope, she abandoned her when Kenya was just three days off. Kenya was subsequently raised by her paternal grandmother. Although she occasionally sees her mother at family gatherings, the pair have never formed a relationship. “My mother made the decision to pretend she never had me. She has never spoken to me,” she’s since revealed on her blog. “She pretends I simply don’t exist. She pretends I’m invisible.”

Her troubles didn’t end there. While still in high school, she became the victim of domestic violence at the hands of a much older boyfriend. On one occasion, she was even hospitalized when he attacked her with a nail file. But despite the problems, she persevered, eventually winning a place at Wayne State University and graduating with a degree in psychology and communication.

Kenya began modeling while she was still in high school, wining her first contract at the age of just 14 years old. Over the next few years, she appeared in various publications (even featuring as the cover girl for Essence, Seventeen, Glamour, and Ebony Man’s magazine), competed in several pageants (including Miss Michigan USA and Miss USA, where she became only the 2nd black American in history to win the crown), and starred as the ‘face’ of Ebony Fashion Fair cosmetic line.

Winning Miss USA is an amazing achievement, but not one you can dine out on forever. Fortunately, Kenya doesn’t have. Determined to build on her pageantry success in a meaningful way, she made the move into acting in 1994 with an appearance in an episode of The Fresh Prince of Bel Air. From there, more TV roles followed, with some of her most notable performances coming in the likes of Meet The Browns, Homeboys in Outer Space, Sparks, Smart Guy, Video Soul Living Single, Damon, In the House, The Jamie Foxx Show, The Parent ‘Hood, The Steve Harvey Show, Martin, Nubian Goddess, Men, Women & Dogs, The Parkers, Under One Roof, and Girlfriends.

Kenya is clearly a woman who likes to keep busy. After her public profile get a leg up by way of her acting career, she decided to capitalize on her celebrity by putting pen to paper. Her first effort came in the form of ‘Game, Get Some! What Women Really Want’, a ‘how-to guide’ that offers readers a combination of self-help and relationship advice, along with an insight into Kenya’s own relationship history.

Why rely on other people for your checks when you can write your own? Blessed with an entrepreneurial spirit, Kenya took her career (and her money) into her own hands in 2008 when she launched her own production company, Moore Vision Media. In fairness, it’s not exactly been the most productive of businesses- as WIKI notes, so far, it’s only released one feature, the 2010 erotic thriller ‘The Confidante’, a film that didn’t exactly set the box office on fire. But even if Moore Vision Media hasn’t been enough to keep Kenya busy, her other efforts, which include a hair care product line and a workout DVD called Kenya Moore Booty Camp, certainly have.

Kenya may have made a mint as a model, actress and businesswoman, but it’s been her reality TV career that’s really sealed the deal on her millionaire status. Her first foray into the world of reality TV came in 2012 when she replaced long-term cast member Sheree Whitfield on season five of Bravo’s The Real Housewives of Atlanta. Since joining the cast, she’s become one of its most popular, if contentious, members. With no one ever quite sure what she’s going to say next, she’s almost single-handedly made RHOA compulsive viewing. If there’s any kind of drama or controversy going on, you can bet Kenya will be at the center of it. In 2015, she bought the drama to The Celebrity Apprentice 7, where her conflicts with the other contestants (most notably Real Housewives of Beverly Hills cast member, Brandi Glanville) made the season one of the most memorable yet.

Kenya’s 49 years on earth haven’t been wasted. Since making her start as a 14-year-old model, she’s worked almost nonstop in almost every sector of the entertainment industry imaginable. And it’s not been in vain. Whether you like her, love her, or positively loathe her in RHOA, you can’t deny she keeps you interested. Which may well be the secret to that million-dollar net worth.