Home
Cars
The History and Evolution of the Lamborghini Murcielago 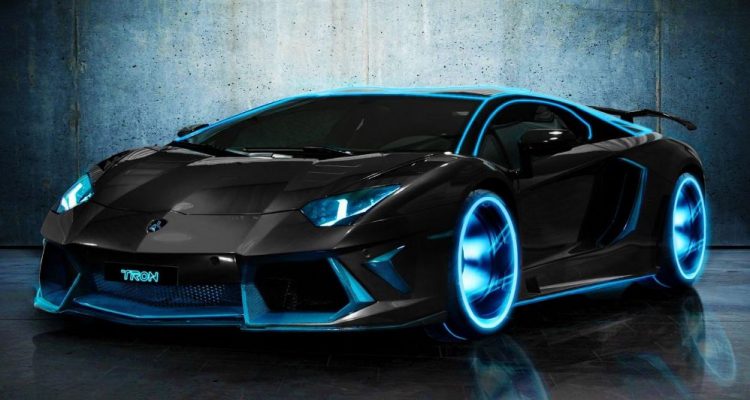 The Lamborghini Murcielago is the exact definition of a super car: it is incredibly powerful, undisputedly fast, and flamboyant in every way. The Murcielago ushered in the 21st century with a bang and a flash, and its allure and reputation still endure to date. If, like most people, all you know about this car is its flashy look and lightning-fast speed, then you will be amazed by the little details that go into making the Lamborghini Murcielago one of the best sports cars of all times.

Here is a comprehensive overview of everything there is to know about the Lamborghini Murcielago.

Like every other Lamborghini make, the Murcielago’s name was inspired by one of the most notable stars in bullfighting. It is named after a fighting bull that survived an incredible 24 sword strokes and was pardoned by its matador for its resilience and strength; considering the strength and agility of the supercar, the name is indeed fitting. Over time, Lamborghini has released several standard and limited edition models of the Lamborghini Murcielago. Its production ceased in 2010, but it has never lost its popularity since.

Exterior Review – All about Appeal

One of the factors that place the Lamborghini Murcielago firmly among modern supercars is its sleek exterior design. Although each model comes with certain unique features, they all share an outlay that gives the Murcielago it popular identity.

All the models of the Murcielago are short standing at just 45 inches tall to give you that laid-low look and feel unique to sports cars. The body is made of a combination of carbon fiber, aluminum, and steel components, and it comes in a sleek polished appearance for a flashy look. The models come in a host of different colors including yellow, black, white, red, and orange, just to mention a few. Finally, the upward- opening doors chip in to make the Murcielago a complete embodiment of a true supercar. 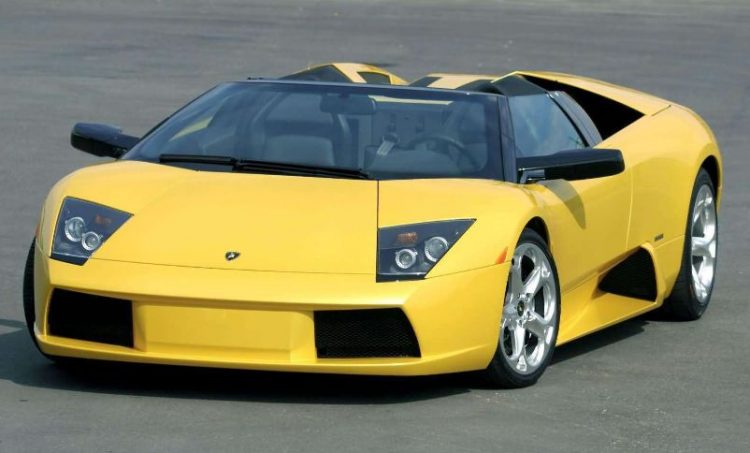 The Lamborghini Murcielago Roadster was released in 2004. It is an exceptional model in many ways, and particularly because of its open-air design. This makes it a lovely supercar for the warm seasons, but it also gives it an unsophisticated look as it comes with a fabric trap to keep out the cold during winter. It features a 6.2-liter V-12 engine that is capable of accelerating from 0mph-110mph in just 2 seconds.

With a horsepower output of 572hp and torque of 5000rpm, one can feel the raw power of the Lamborghini Murcielago Roadster course through the leather seats. The standard version features a 6-speed manual transmission system, but you can get paddle shifting version for an extra $10,000. It mostly retains the layout of other Lamborghini Murcielago models, but it comes with automatic rollover bars similar to those of the Audi A4 Cabriolet.

Three-piece wheels are also replaced with one-piece 18-inch wheels that are more accommodating for larger brake motors. As you may imagine, the open-air design makes the interior very comfortable when the top cover is removed. It is very spacious, and the leather seats go a long way in making you feel one with the road.

However, the dashboard is just as clattered as other Lamborghini models, but the entertainment system in more sophisticated for utmost fun and comfort when cruising down the road. The Lamborghini Murcielago Roadster, in spite of being an outstanding supercar, also comes with some flaws. The biggest flaw in this model is that its speed it limited to 100mph when the top cover is on to prevent it from getting lose. 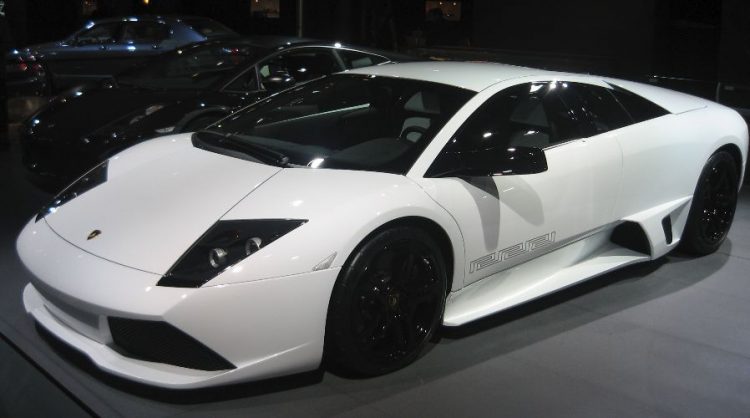 The Lamborghini Murcielago LP640 is a better version of the initial Lamborghini Murcielago model. It came with several significant changes that included a differently oriented engine and a new power output. The exterior also received a facelift as the aide air intakes were made and the front and rear fascias were revised. Other changes included revised programming, a new interior design, a new single outlet exhaust system, and revised suspension tuning.

It packs under the hood a 6.2 liter V-2 engine that has a power output of 572hp and a top speed of 330km/h. However, in spite of being equal to the Roadster in speed and power, this model’s engine’s compartment in 60 pounds lighter and features revised software. The interior is designed for comfort and opulence. The seats are made of leather crisscrossed with a diamond pattern. It is also spacious for comfortable driving, and the instrument cluster features a bold Lamborghini logo. The Lamborghini Murcielago LP 640 goes for $320,000. The Lamborghini Murcielago LP670-4 SuperVeloce is among the most advanced models in their line. Everything about its exterior is elegant and sporty, and it is considerably faster and more powerful than the other models.

This model’s V-12 engine is more powerful than its predecessors’. It is capable of accelerating from 0- 62mph in just 3 seconds and to 120mph in 7 seconds. It also packs a higher power output of 661hp, and it achieves a top-speed of 212mph. Its new suspension system is better, and it is easy to master the incredible power of this car as it is 100kg lighter than its predecessors. The interior is also spacious and comfortable, but it lacks the open-air convenience of the Lamborghini Murcielago Roadster.

Only 186 units of the Lamborghini Murcielago LP670-4 SuperVeloce were produced, and they are a preference of the rich and famous. This model goes for $400,000, and proud owners consider it to be worth every dollar.