Home
Cars
The 20 Most Expensive BMWs Ever Built 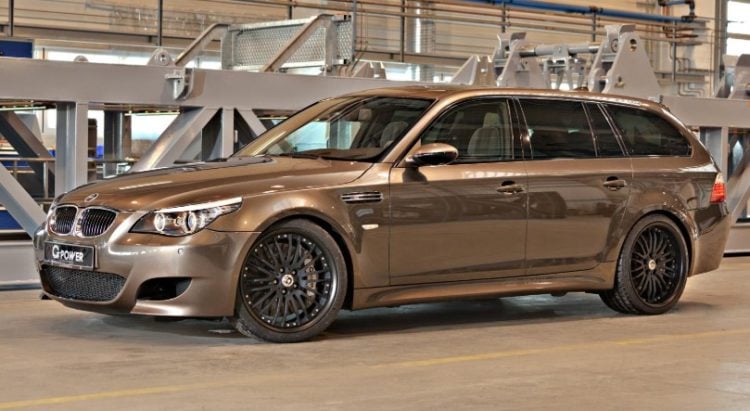 Luxury cars are few and far between, at least compared to the budget models in their teeming millions. Only a few brands consistently make exceptional cars designed with comfort and class in mind. For most, when they think of deluxe vehicles you can drive daily, BMW is at the top of the list. This is probably because they’ve been creating custom crafted cars for over a century, and their attention to detail is exquisite. Not everyone can own a BMW, and even among those that do, there is a class above. The creme of the BMW crop is all collected right here for you to peruse, the top 20 most expensive BMW’s ever built. 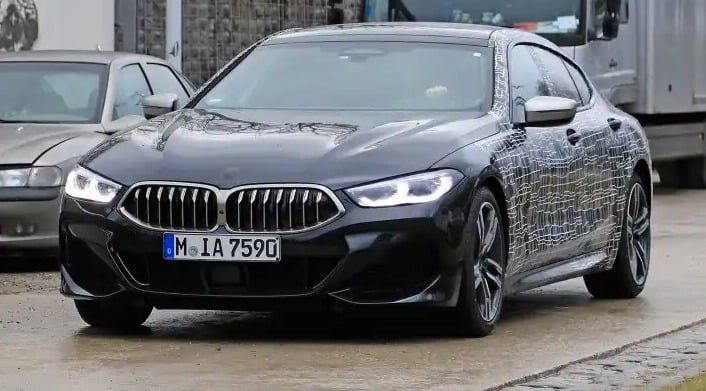 Coming in hot on the heels of the 6 Series Gran Coupe that BMW has taken out of production, the new 2020 8 Series Gran Coupe was a little like Bigfoot except that the pictures and films that caught it were less blurry. Then in May they finally released the first images of the stunning new coupe in all its glory and living, painted color. This luxe and lovely variation looks very much like the coupe, but with the obvious addition of the convertible top. The trunk lid has a slightly different shape to help accommodate the retractable soft top, but otherwise, the two are virtually twins. 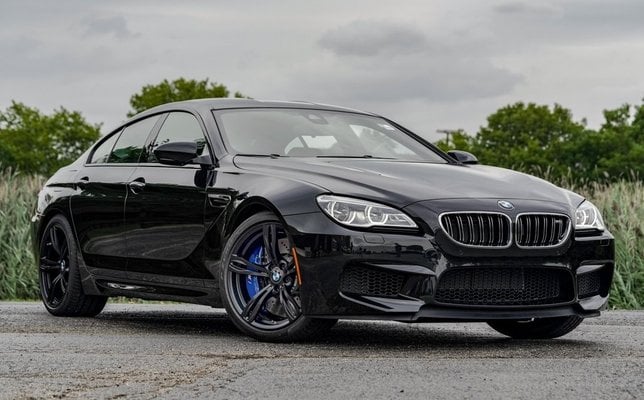 Perhaps because they are no longer being released, these, bold and mighty coupes are a little higher value than the brand new 2020 models. One of the nice things about owning a bimmer is the resale value. BMWs maintain value better than most. The M6s are a pleasure to drive scoring consistently high praise with reviewers and owners alike. These beauties are sleek and streamlined sports cars. In the world of convertibles, some styles miss the mark, but the BMW M6 is not one of those. Everything about this car looks like it’s just waiting for a driver with the sort of scarf that streams back in the breeze on the way to some opulent garage overlooking a beach. Clearly, the M6 is designed to evoke a story of beauty and freedom, yet it maintains it’s a sense of mature power. The combination is alluring. Looking for the luxurious ride, you’ve become accustomed to and yet still seeking a way to be more environmentally friendly? That’s where the i8s come in. You can pick up either the Coupe or Roadster for around $150,000. However, being able to cruise in your new BMW without being an environmental bummer is priceless. 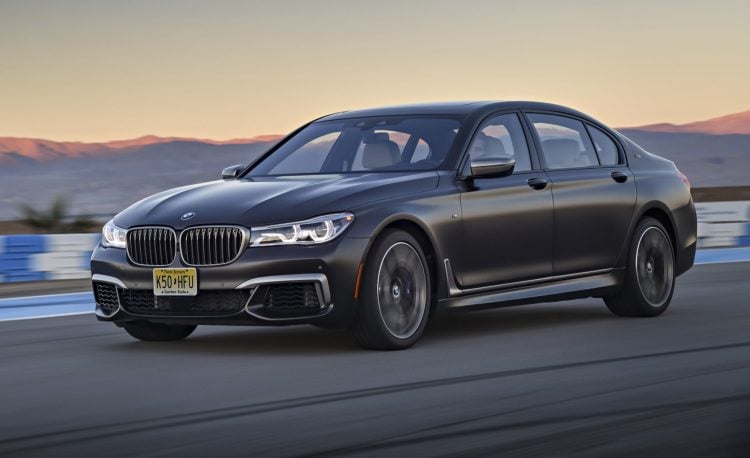 Zero to sixty in 3.6 seconds. It’s alright. We’ll let you mull that kind of speed over for a second before we go on. The lightweight carbon core body delivers rigidity you can feel while not weighing you down. Our other favorite thing about it is the seat massagers. You can do 155mph down the track and get a backrub. What more could you want from a luxury car? As supercars go, the M3 Manhart Racing V10 is incredible. A marriage between a high-end station wagon inspired body and an engine that can reach 62mph in 4.3 seconds. At a walloping 542hp engine this vehicle is incredibly sought after even now, which explains why a (nearly) ten-year-old car is fetching almost $400,000. You might be able to catch one of these at an auction now and then, but finding a suitable race won’t be too hard in the Manhart Racine M3. When it comes to upgraded packages, always spring for the one you want. This 30th anniversary M-series upgrade includes Alcantara and carbon inserts and a luxuriant leather interior. The Included Apple TV and integrated iPads may be circa 2014, but the desirability hasn’t changed in five years. It’s hard to argue with a top speed of 225 mph and 20-inch Silverstone RS wheels. 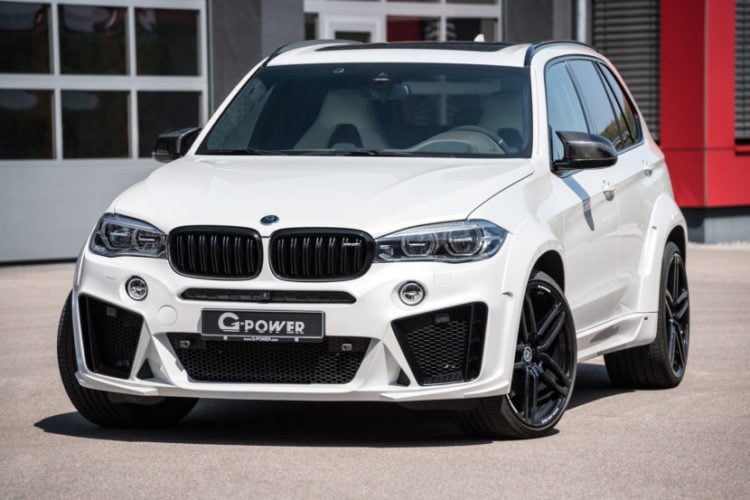 Known for their BMW tuning G-Power made this gorgeous Typhoon with optional Venturi hood and a wide body kit for added visual appeal. The upgraded suspension and G-power titanium exhaust system are just more of our favorite external options. Of course, you can save a few bucks on the base model, but why avoid all the best parts. The name says it all, BMW teamed up with Zagato back in 2012. The result was the curvaceous Coupe. This model has hips that are enough to make you rubberneck. The double bubble roof was first invented to work both aerodynamically on the outside and to accommodate a crash helmet on the inside. Oddly enough, the result was an amazingly attractive profile. Though they originally retailed for a smaller $145,280 fee plus the $33,000 optional Power II SK supercharger system upgrade and installation fees, the incredibly popular M3 GTS has gone up in value over the years. The supercharger system was custom adapted for this vehicle, and it produces 635hp. While some modern cars can higher horsepower, this is still an incredibly powerful engine overall. We like the brilliant orange paint job and optional spoiler that helps give this GTS a seriously sporty look. 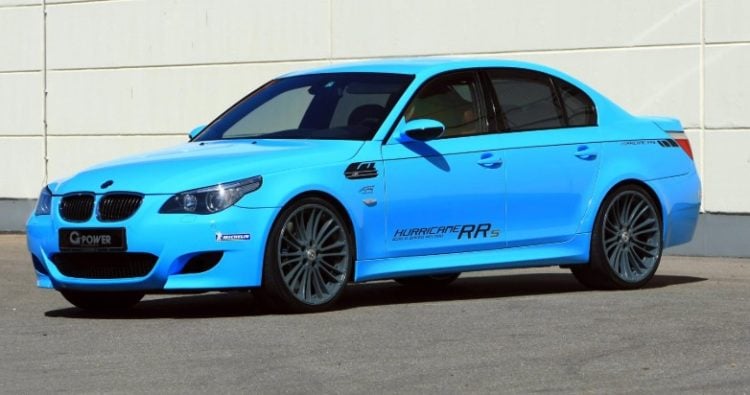 Another of BMWs exotic concept cars, the M5 G-Power Hurricane was another of the models that featured the “sporty drive’ custom supercharger system. Building upon their success with earlier models like the M3 in the previous spot on this list, the M5 was massively upgraded. The top speed on this car is an insane 372 mph. To put that in perspective, the fastest street-legal car in the world as of 2018 is the Hennessey Venom F5, and it only does 301 mph. Handsome and sporty, this curvaceous wide body Typhoon has the feel of a race car but is made with BMW luxury. The interior with its custom racing stripe and hand stitched orange details gives you a sense of speed and posh relaxation at the same time so you won’t tense up as you go 0-62 in 4.2 seconds. The 2012 X6 Typhoon is another exceptional example of why BMWs don’t lose their value. Being the “Worlds fastest BMW Coupe,” at the time it came out in 2009, is no small feat. BMW doesn’t build slow cars. The 2009 M6 Hurricane uses 21-inch Silverstone Diamond wheels because at top speed any regular tire would fail catastrophically. You know a car is fast when they need a change of wheels just to do a speed test. There are few cars in the world that have over a thousand horsepower. This car does, but you’ll have to order your own custom one-off car if you want one like it. The owner, who chooses to remain anonymous, lives in the United Arab Emirates. With bespoke tuning and lots of other unique features, the M6 G-Power Hurricane CS Ultimate can go 200kmh in nine seconds. Talk about a need for serious speed! Without a doubt, the person who ordered this car got his money’s worth. Hurricane RRs brought in a new feature called the Jubilee Package in honor of the 100th Hurricane built. You may have expected that there would be more Hurricanes out there, but BMW doesn’t just mass produce their top tier cars as some companies do. With two ASA T1-316 superchargers helping to give these Hurricanes 818 hp, it’s no shock these were the fastest sedans in the world at the time. You may have noticed a trend in high-end BMWs. The Hurricanes and Typhoons live up to their names and fly out of the dealerships. The 2011 X6 was among the most powerful in the world at the time it came out, and it’s still gorgeous and coveted. You can have one for almost a million dollars if you can find one with an owner that’s willing to part with this always in-demand car. With an exterior almost the same as an average x5, if you can call any BMW “average,” it’s a little hard to tell what gives this odd looking BMW its true value. As with any great hidden gem, the value is all on the inside. This somewhat blocky model sports a secret v12 engine and some incredibly high tech touches on the interior. Unfortunately, it never went further than the concept since it didn’t sit well with the audiences. Singular and stunning, the M8 Prototype is more like a legend than a real car. Just a few pictures and some video footage exist to show off this fire engine red supercar killer. Though the product was scrapped for reasons due to its production cost and sales value, the one and only original M8 Prototype is worth a million dollars, or more. They aren’t selling it, so it’s hard to say exactly. BMW knows when to hold ’em and knows when to fold em, and the distinction is what has kept them in the top of their class for 103 years and counting. The CSL Hommage Concept car has an unusual backstory. Like all hommage cars, it was designed to pay hommage to another car, the CSL of the ’70s. The first attempt wasn’t well received, and plenty of companies would have locked it up in a garage and forgotten the project so they could move forward. Not BMW, they chose to rework the Hommage and came up with a car that came out much nicer. Giorgetto Giugiaro created these stunning and unique BMWs back in 1991. Unfortunately, despite their obvious beauty and speed, the Nazca M12 never went into production. Perhaps BMW didn’t want to cheapen the value of the original by replicating it a few thousand times, but who knows? Three of the C2 models came out the next year. Though the C2’s have been sold for just over a Million, the M12 is only an estimated value at $3 million because it’s not for sale at any price.

We’re not sure about a million dollar concept car. Owning one would be a problem. They’re beautiful and surely built to go fast, the issue is… we’re just not trained racers, and we’re afraid we wouldn’t do them justice. Worse yet, we might wreck them, and that would be a travesty. Cars like the Nazca and the X5 Le Mans Concept car are stunning and worth every penny, it just makes us a little sad when these beasts of the road get locked up in museums and private garages instead of getting to feel the wind in their fenders. Which BMW would you drive if cost and skill were not an issue? We’d take an M6 G-Power Hurricane CS Ultimate if we had the cash on hand for the custom order.