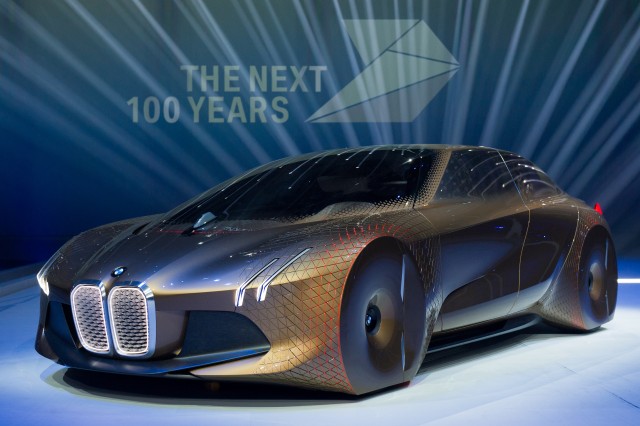 BMW unveiled a new concept car in Munich back in March, and it looks and feels like it’s something directly out of a science fiction film. The vehicle is called the “Vision Next 100” and it’s not only meant to celebrate the companies 100th-aniversary, it is meant to serve as a vehicle that represents what BMW will be aiming to achieve in the next 100 years.

The Vision Next 100 features just about every single automotive technology that you can think of, and it has plans for some that don’t even exist just yet. For one, the vehicle has fully autonomous driving capabilities, meaning that it is able to drive itself. However if you wanted to operate it manually, there is a mode for that as well. Additionally the Vision Next 100 is equipped with an advanced computer system that allows the car to quite literally learn how you use it, and it’s able to improve upon itself and even interact with the driver and passengers.

One of the most impressive features about this car is that it is also able to transform. The car will utilize what BMW calls “Alive Geometry”. The dashboard and certain body parts of the car are made from 800 moving triangles that will re-arrange themselves depending on a range of conditions, most notably when you switch between the manual and self-driving modes. BMW has also included a heads-up-display as well which allows the car to augment reality. So for example, when your driving (or when it’s driving), the display can show you what’s the best driving line or how far away you are from other cars.

Now the BMW Vision Next 100 is probably the most ambitious concept car the German company has ever created. Not all of these features are ready to be used quite yet, but that’s why this is a concept car. BMW even believes that within 40 years or so they will be able to “4D print” these types of cars. What’s even more incredible, is that this is the first of four concept cars that BMW will show off over the course of 2016, and we cannot imagine what will come next. We’re going to have to keep on waiting to see production ready models that take advantage of these bold technologies, but regardless, the future does look very bright thanks to the Vision Next 100. 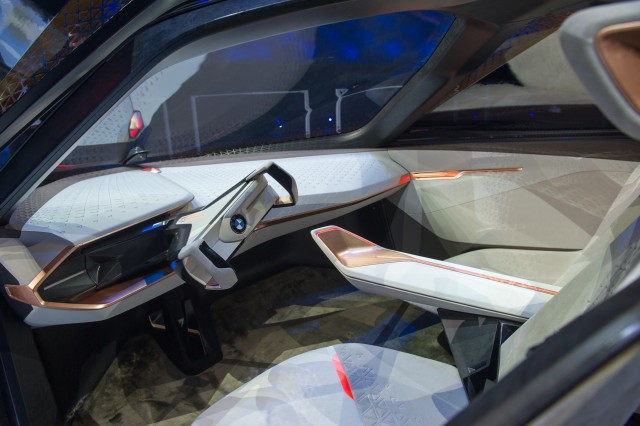