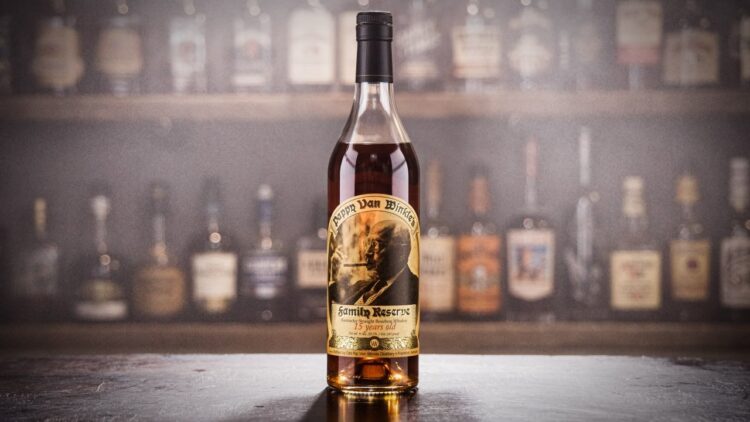 Technically, bourbon is defined as American whiskey. It’s not a flavor that every person enjoys, but for those who do, there are plenty of options available. If you’ve never really had the opportunity to enjoy bourbon, you might not know just how good it can really taste. There is a huge difference between something that you can buy at your discount liquor store for $50 and a more expensive, better refined bourbon that reflects the care and effort put into it.

If you really enjoy bourbon and you’re only going to drink the best, then you probably already know that these bottles cannot be had for just a few dollars a piece. In fact, here are 10 of the most expensive bourbons in the entire world, ranging from number 10 to number one. By the time you finish reading through this list, you’ll have a better idea of why each one of them is so special.

There are a lot of things about this particular bourbon that make it unique, aside from its taste. For example, no one can really pinpoint exactly how this particular company got its start or exactly where the bourbon itself even comes from. The whiskey is bottled under a conglomerate company called CVI, headquartered in California. However, they are not a distillery. Despite the fact that they’ve been bottling whiskey and selling it for roughly 13 years now, they still have never divulged exactly where they get their products from. Most people are fairly convinced that it comes from somewhere in Kentucky, but no one can prove that this is the case.

If you’re wondering about the taste itself, it has been widely regarded as one of the best tasting bourbons in existence. It’s not terribly strong, but there is nothing weak about it, either. Instead, it’s very well-rounded and balanced without being too bold. It’s also extremely popular. The first bottle that was ever sold in 2010 was available for $125. As you can see, its price has gone up considerably over the years.

This bourbon has an extremely unique flavor and it happened completely by accident. Just as the name implies, it originated from several casks of bourbon that had been exposed to the elements after a tornado struck the warehouse back in 2006. While it was possible to repair that warehouse, all of the affected casks were essentially left sitting in the baking sun for the duration of the repairs. That’s when something completely unexpected happened.

After the warehouse repairs were completed, individuals at the distillery decided to taste the affected casks. What they discovered was that sitting out in the hot sun had a direct impact on the taste of the bourbon, but in the best way possible. They found that each cask tasted different, depending on exactly how long it had been in direct sunlight. All of the bourbon that was effective had a distinct flavor, but it was something that was quite palatable. In fact, it was such a watershed moment that the company decided to bottle these casks and label them in a special manner, selling them for well over $10,000 each.

There are many things that make this bourbon special. For starters, it’s easily one of the boldest bourbons out there. It’s definitely not for the faint of heart, as it has a flavor that’s much stronger than most. That being said, it’s the perfect type of bourbon for someone who really enjoys something on the stronger side. It’s also rather spicy, definitely different than most things that you’ll find on the shelves of your local liquor store.

There is also a lot of history that goes with this particular distillery. It began operations in the 1700s but in 1919, it was shut down. After sitting abandoned for years, it eventually was sold and then changed hands several more times, intermittently opening and closing depending on the time in question. Eventually, it was reopened under its current name. They only started producing this particular bourbon in 2008 and they do not produce it continuously. Furthermore, you never know when they will produce it again or how many bottles they will make. This only further adds to the mystique that surrounds it. It’s a very effective marketing technique, as it makes people want to get their hands on it and they’re willing to pay a premium price in order to do so.

This is another bourbon that is only bottled whenever the distillery feels like doing so. Furthermore, it’s highly uncommon that they ever bottle more than 100 bottles at a time, making this particular selection extremely rare. It’s also worth noting that the thing that makes this particular bottle so special is that it doesn’t have anything added to it that could potentially impact its flavor. Instead, it is taken directly from the cask after being aged for more than two decades.

The end result is a bourbon that has a robust, bold flavor. but it doesn’t have that sweet taste that sometimes happens as the direct result of too much vanilla or other additives. Many people that drink it will tell you that it tastes like something from the 1700s, something that just can’t be obtained in today’s world. That’s precisely why it’s so expensive. It truly is one of a kind.

Just as the name implies, this one is made with a very different technique. Instead of being placed in a cask to age for an extended number of years, this particular bourbon is actually made by taking the mash (which serves as the base of the bourbon) and exposing it to the elements. Typically, it’s exposed for anywhere from three to five days. This allows it to ferment on its own and as it does, you get the resulting bourbon.

It’s truly one of the most tried and true forms of making bourbon. There are very few companies that bottle bourbon made in this manner today, making this particular label one that is highly sought after. More specifically, it is typically sought after a great deal by those individuals who want to keep everything as original as possible. If you consider yourself a bourbon purist, this is the one for you.

This label is very reminiscent of the original Eagle version that was released in the mid-1970s. It has a number of things going for it, not the least of which is the fact that it’s 101 proof. It’s also aged for 20 years, twice as long as most of the bourbons that you will typically find.

What makes it truly special? It’s an award-winning bourbon that was first produced in 2019. Since then, they’ve only produced somewhere between 200 and 400 bottles. Much of it has been done in secret, so the exact number is difficult to pin down.

This bourbon is almost impossible to find. If you’re lucky enough to get your hands on one, you should consider going out and buying a lottery ticket because you are indeed one extremely fortunate individual. Why is it so hard to find? It wasn’t bottled until the early 1990s when the distillery was taken over by one of the original owner’s sons. At that time, he had been running the distillery for roughly 11 years, but this was the first time that he decided to do something completely on his own.

From that point forward, he would release a few bottles here and there. Unfortunately, it didn’t take long for the technique to deplete the supply of bourbon that he had which he used to make this particular label. In fact, those casks ran dry in the mid-2000s. After that, he had no choice but to stop making the bourbon altogether. As it turns out, it was a popular label that many people were anxious to get their hands on, even while it was still being produced.

Once the source material for it ran out, it became even more popular. These days, it’s extremely difficult to find a bottle because those individuals who already own one don’t want to let them go. The last one that was available sold for the aforementioned $19,463. It’s not unthinkable to believe that if you were to find one today, it would cost you even more.

There are only a few bottles of this particular bourbon in existence. You might go as far as saying that this is another one that happened by accident. It was the result of the distillery being acquired by another company and moving to a new location. Back in 1980, the owner of the original distillery put several casks in a back corner of the warehouse to age. More than 10 years later, that same distillery was purchased by another company. Once that purchase was completed, everything was moved to a new location. Somehow, these casks ended up being left behind.

As a matter of fact, they weren’t discovered until several years later. In 2000, an apprentice was walking through one of the warehouses at the original location and discovered several casks, the exact ones that had been placed there by the original owner so many years before. That bourbon had been sitting there aging for twenty years without anyone so much as breathing hard on them. Almost immediately, the casks were moved to the new location and bottled under a specific label. To date, only 240 bottles have been created. No one even knows if there is more bourbon from which to bottle this label, as the company has decided to keep a tight lip on things.

To date, there are only 277 bottles of this particular bourbon that have ever been created. They were made by combining different casks of bourbon together. For example, Kentucky Rye Whiskey was combined with Kentucky Straight Bourbon. It creates an extremely robust flavor that is genuinely unlike anything else that exists. You won’t find anything similar to it on this list or anywhere else.

Those bottles were considered so special that they were actually engraved with 24 karat gold. Even when they first began selling, they sold for $5,000 a piece. After the passage of a number of years, they are more scarce than ever. As you can see, that price has gone up considerably. It’s likely that it will only continue to go up as more time passes and it becomes increasingly difficult to find.

This is currently considered the most exclusive bourbon in the entire world. It’s also considerably more expensive than anything else on the market, at more than twice the price of any other bourbon in existence. One of the more interesting things about this particular label is that it has been moved countless numbers of times. At one time, it was part of the famed Stitzel-Weller Distillery. After that, it ended up at the Buffalo Trace Distillery in 2002. It was there that caretakers decided it was time to move it again, this time to stainless steel barrels. Why? They were concerned that it would actually age too much, as it had been sitting in its original casks since the 1980s.

Its taste has been described as one of the most special experiences that one could ever have. Many people are so anxious to experience it that they’re willing to pay top dollar for a single shot, as very few individuals can reasonably afford an entire bottle. To date, only 710 bottles have ever been placed on the market. Virtually all of them have been snatched up. If you’re lucky enough to find one, it will definitely cost you, but it will also be worth it. 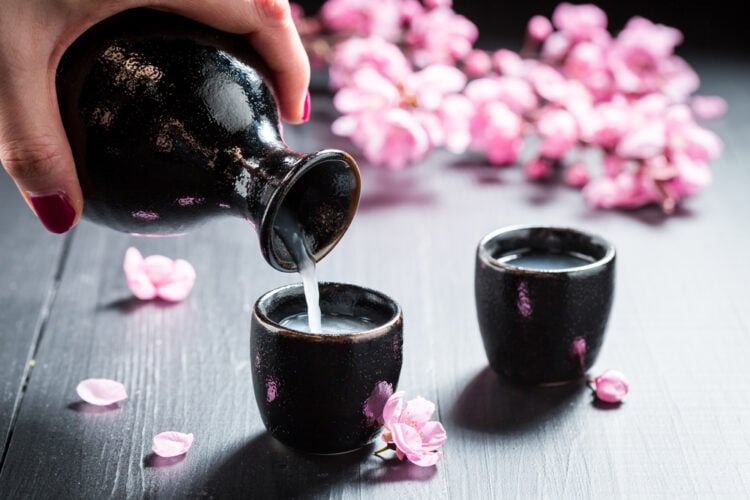 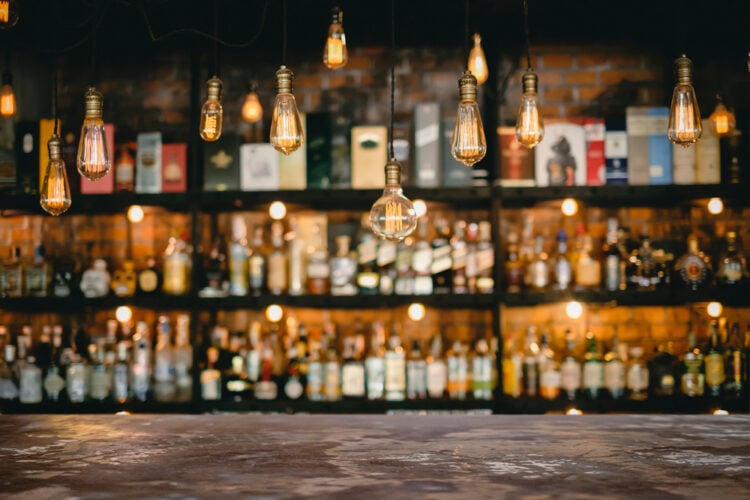 There are several types of bars, each with its unique name… 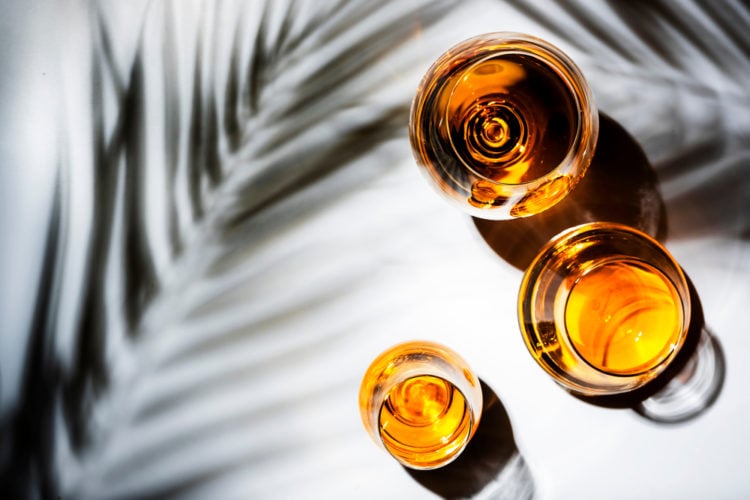 In 1880, Louis-Alexandre Marnier Lapostolle added some bitter orange essence to… 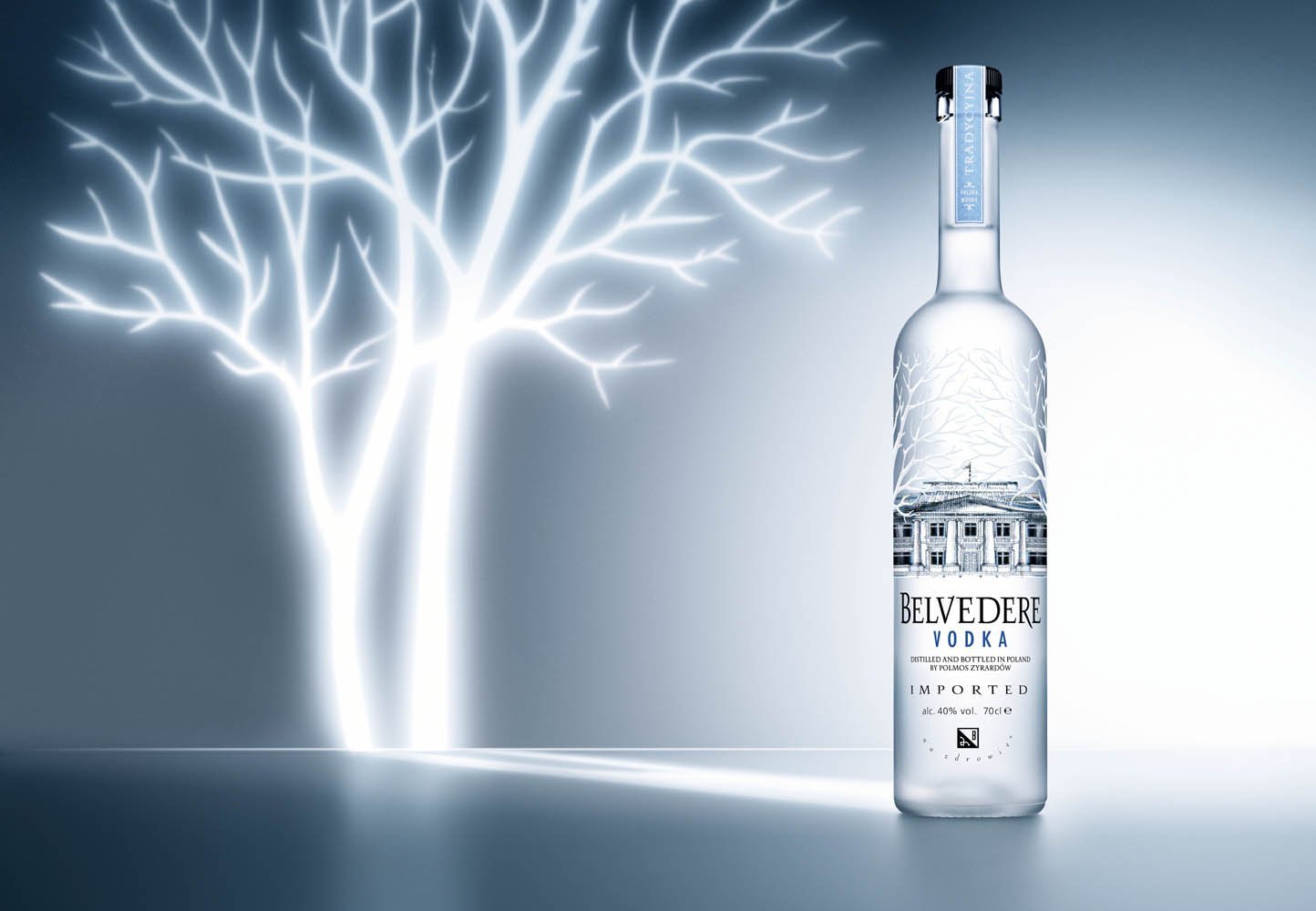 True vodka connoisseurs have a deep conviction that not all vodkas… 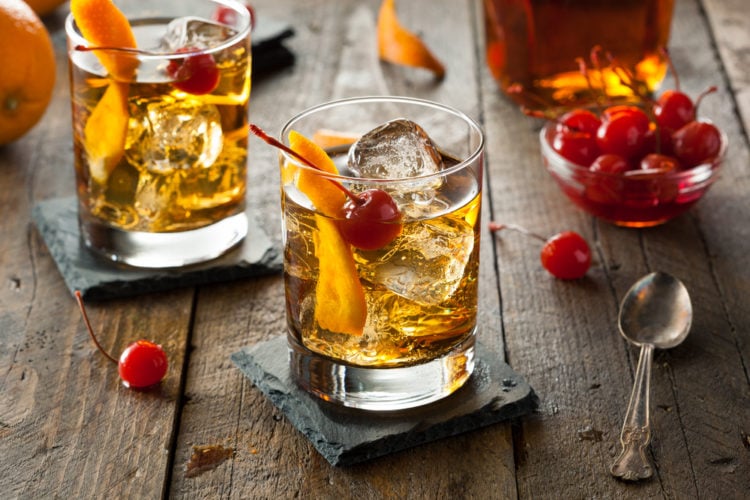 The fruity, colorful past of the gin-based Aviation Cocktail goes as… 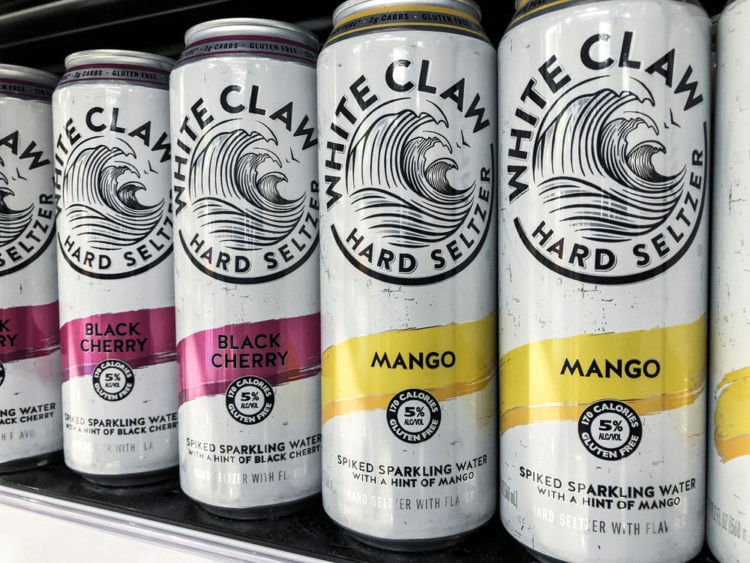 Hard seltzers are an alcoholic alternative to the bubbly beverage that…