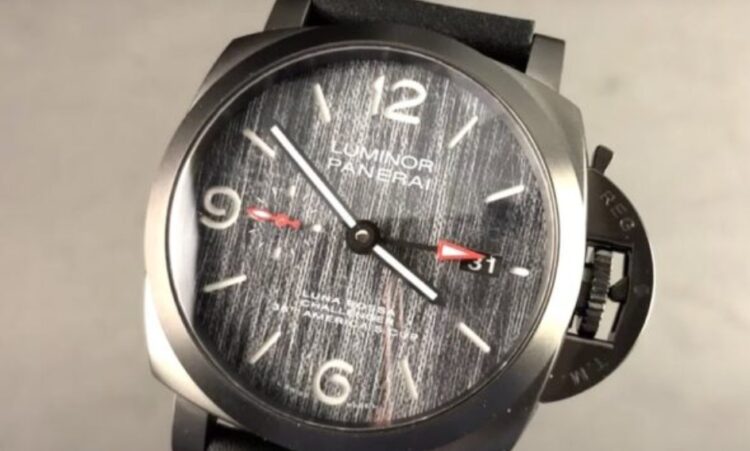 Panerai has been a partner of the Luna Rossa racing team (a sailboat racing syndicate) since 2017. The watchmaker has produced several limited-edition watches to celebrate Luna Rossa. To celebrate the ongoing partnership it has always had with the racing company, Panerai unveiled the limited-edition watch called the Panerai Luminor Luna Rossa PAM1342 in 2022. The dial of this watch model still follows Panerai’s signature sandwich style construction common in its watches. What makes this watch stand out from the company’s previous watches is the dial’s crisp white surface. Additionally, the dial is laced with gray Super-Luminova (which we will discuss later), further enhancing the watch’s light color profile. Now that we have described the watch model, we can mention some of its key features. Below is what the watch offers.

Table of Contents show
1 The Watch is Controlled By a Hand-Wound Movement Called the Caliber P.6000 movement
2 The Watch Contains a Luminescence Called Super-LumiNova
3 It Has a Water Resistance Depth of 100 Meters
4 The Watch’s Crystal is Made of Sapphire
5 The Watch’s Case is Made of Stainless Steel
6 Conclusion

The Watch is Controlled By a Hand-Wound Movement Called the Caliber P.6000 movement

The Caliber P.6000 movement measures 35mm x 4.5mm and contains 19 jewels and 110 components. It runs at a frequency of 3 Hz and has a power reserve of 3 days. Some of the features that this movement offers include stop-seconds functionality and an Incabloc anti-shock device. The stop-seconds function is a mechanism that stops the movement so that you can synchronize the time to another source. To use this function, you must pull the crown out the moment the seconds hand reaches the “12” sign.

When you hear the time signal, you should immediately push the crown in, and the watch should continue running. Incabloc is a patented shock protection system used in mechanical watches. It is easily recognizable due to its lyre-shaped spring. The spring allows the delicate bearings to shift in case of any impact. That means the movement will continue running, no matter how hard you drop it.

Super-Luminova is a luminescence that has since replaced radium. Initially, watchmakers used radium in watches because it could emit glows for a long time. Since it is a radioactive substance, the watchmakers began to experience the side effects of its exposure. According to EPA, many of them began to develop bone cancer and had to be replaced with this non-radioactive element called Super-Luminova. Besides being non-radioactive, it can emit bright glows just as much as radium.

You do not need to worry if you begin to notice the grey luminescence getting dimmer. That means it is running out of power and needs to be charged. To charge the luminescence, all you need to do is expose it to any light source. However, for the best results, you should use sunlight. When light energy hits the luminescence, the electrons get excited and energize rapidly to create a flow. However, when exposed to darkness, the electrons slow down hence its dimness.

It Has a Water Resistance Depth of 100 Meters

Watches with less or no water resistance are inconvenient to a person wishing to go for a swim. If they swim with them, they will get damaged. The other option would be leaving it out in the open away from the swimming pool, but it could be stolen. Thankfully, this watch’s water resistance allows you to swim with it, which means it will not get damaged or stolen. There are other water activities you can do while wearing this watch besides swimming. According to Define Watches, it is also suitable for snorkeling, sailing, and recreational surfing, but not diving.

As impressive as the watch’s water resistance is, there are some tips you have to remember. It is not advisable to shower with this watch or any watch in general. The watch has gaskets that keep this watch resistant to water. Gaskets get easily destroyed by soap, which means the watch will no longer be water resistant after some time. If you plan to get into water with this watch frequently, remember to have it checked and serviced regularly, preferably monthly. With time, repeated water exposure can cause the gaskets to dry out and lose their elasticity. By checking the watch’s condition, you will be able to replace the gaskets early enough.

The Watch’s Crystal is Made of Sapphire

Have you ever owned a watch whose crystal cracked or broke? If so, it was likely not made of sapphire. The reason sapphire neither breaks nor cracks is due to its hardness. According to New World Encyclopedia, it has a hardness value of 9, making it the second hardest mineral after diamond at 10. Besides its hardness, sapphire is useful due to its transparency, which enables you to view time on the dial. However, its transparency is a drawback since it forms glares due to excess reflection. In order to eliminate the glares, Panerai made the sapphire dome-shaped. The dome shape removes glares by causing the reflecting light rays to bounce off the crystal.

The Watch’s Case is Made of Stainless Steel

Stainless steel is the best material for the case since it does not corrode. Not only is corrosion responsible for gradually damaging the watch, but it also makes it look grotesque. The metal contains an alloy of chromium. Chromium reacts with oxygen in the air to form a protective layer on the case. The layer, therefore, blocks the entry of water and oxygen, which are notorious for causing rust. Additionally, the metal has good hardness and strength. It is, therefore, able to withstand some external force without changing its shape or getting damaged. This watch is therefore ideal for people who constantly drop their watches accidentally.

The Panerai Luminor Luna Rossa PAM1342 watch is one of the strongest models you can get. We have established how it can continue running even after dropping it several times. If you dropped other watches, you would be forced to take them for repairs. Not only can it work after being dropped on a hard surface, but it can still work after getting dipped in water. If you are impressed with this watch, you need to get it as soon as possible. This is a limited-edition watch, and only 1,500 pieces will be made available for sale. 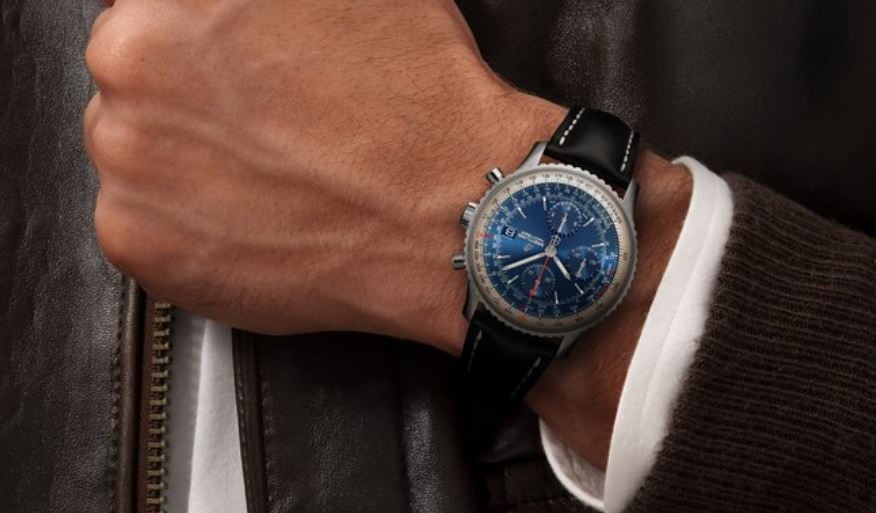