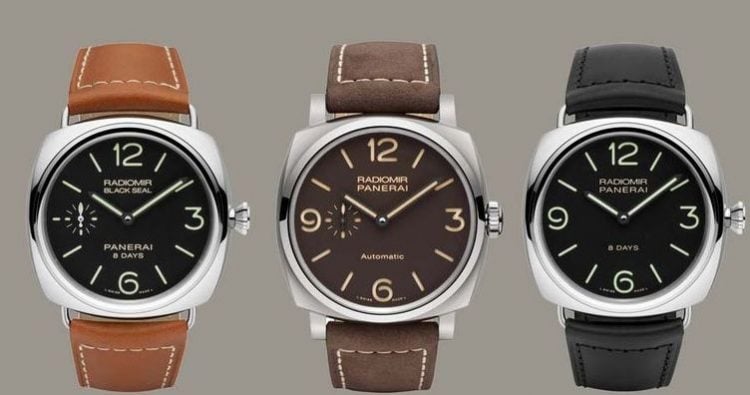 Back in 1860 in Florence, Italy, the Officine Panerai was established by Giovanni Panerai. His grandson, Guido Panerai, eventually became the head of the company. In 1900, the company became the provider of the Royal Italian Navy’s official precision instruments and watches. The watches’ movements were made by companies such as Rolex S.A. while Panerai would design and manufacture the cases.

Approximately 300 watches were produced by Panerai between 1938, when Benito Mussolini’s fascist government was in power, all the way up to 1993. Every one of them was made for the Italian Navy. But, that partnership came to an end once the naval specifications changed. So, at that point, Panerai started creating timepieces to sell in the civilian marketplace.

Then, in 1997, the company was bought out by The Compagnie Financiere Richemont S.A. Since then, the creative designers there have been responsible for designing and manufacturing some of the most stunning watches worldwide. Panerai watches have become known for being stylish, as well as quite strong and solid, while constantly appreciating with time.

So, here’s a short list of the ten finest Panerai watches of all-time: 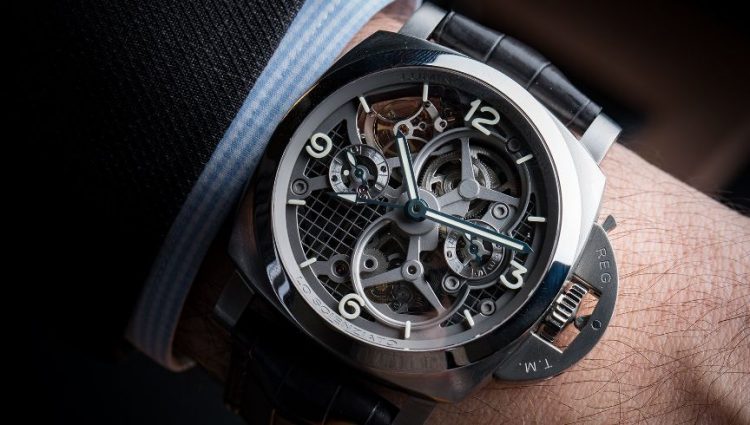 This watch comes with both a brown bracelet strap made of alligator skin with a tang type clasp and a brown dial. It has a manual movement and is considered to be an extra large sized watch. The case has a diameter of 47 millimeters plus its thickness is 16 millimeters. Its water resistance is 100 meters in distance and the power reserve lasts up to six days. It also features a second-time-zone, anti-glare sapphire crystal, and a crown-lock mechanism that is fully protected tourbillon. In addition, this watch offers 31 jewels, Arabic index hour markers and numerals plus luminescent hands. 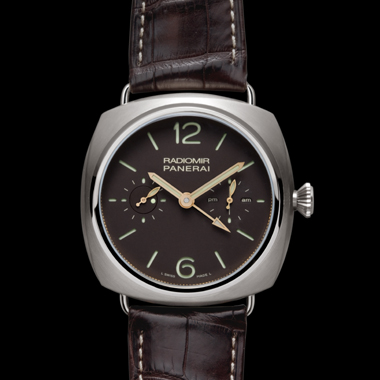 This watch also offers a brown strap and face, as well as a dial that is extra large. In addition, it has a titanium case that is 15 millimeters thick and 48 millimeters in diameter. Additional features include a six-day power reserve, water-resistance up to 100 meters, anti-glare sapphire crystal, a transparent case back, and a second-time-zone like the 1950 Luminor Tourbillon. 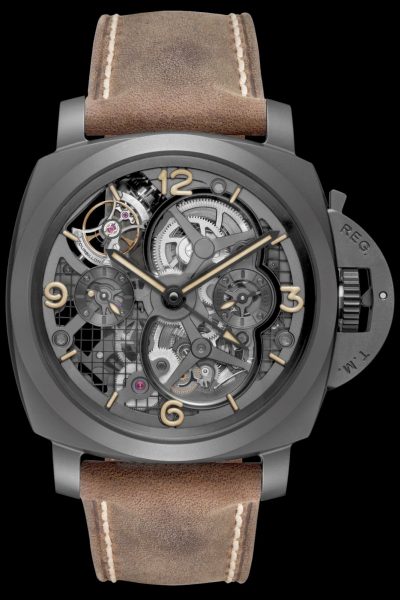 This Panerai watch sports a bracelet strap made of brown antique calfskin with a tang type clasp and black dial. It features a manual-winding movement and the case is made of ceramic, measuring 15 millimeters thick and 48 in diameter. Additional features are a six-day power reserve, water-resistance to 100 meters, a 24-hour indicator at 3:00, and an anti-glare sapphire crystal. 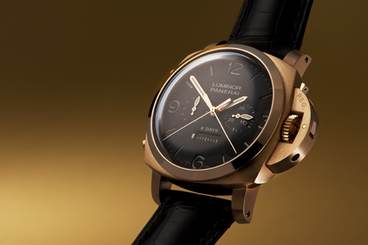 This watch also offers the same bracelet strap, clasp, and dial as the other Tourbillions, but with an 18-karat pink gold case at 15 millimeters thick and 48 millimeters in diameter. With a six-day reserve and water resistance up to 100m, it basically offers all of the same features as the others, except for the very distinctive case. 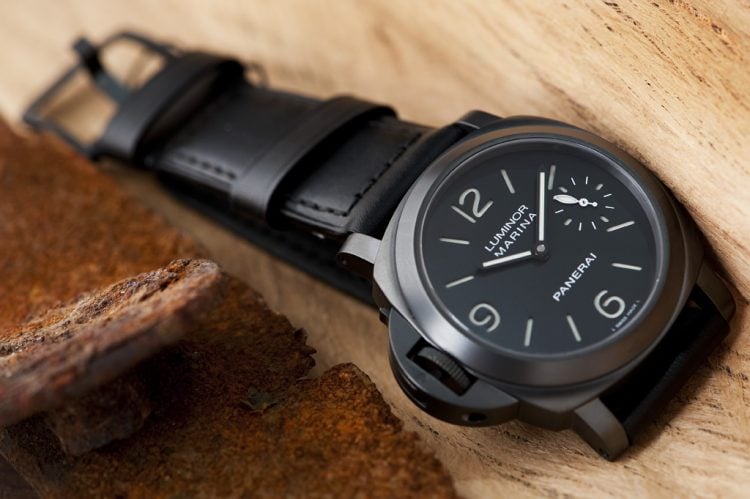 This very rare watch was originally sold for $20,000 in 1998 and Panerai only made 200 of them. One of them received bids recently that are as high as $170,000. This watch has a 44 mm in diameter case, a 3.5mm Sapphire crystal, 56-hour power reserve, and a black leather strap, as well as a black dial. Both the case and bezel are made of PVD steel. It offers water resistance up to 300m, making it suitable for diving. 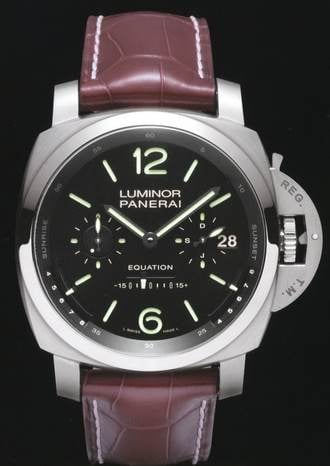 Only 30 of these limited edition watches were ever made and they are a tribute to Galileo Galilei. Each one is customizable and the back of the watch can be engraved with the hometown of the buyer along with a sky chart of that town that actually rotates. In addition, the design of the dial reveals sunrise and sunset times in that hometown. 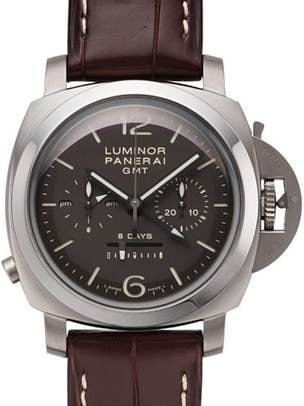 This watch sports the Panerai signature bracelet strap in brown gator with a tang clasp and a black dial. With a 50 mm in diameter titanium case that is 17 mm thick, it has a water resistance up to 100 meters in distance. The watch’s power reserve lasts as much as four days. Additional features include a sapphire crystal with anti-glare capabilities, a crown-lock mechanism that is both fully protected and tourbillon. 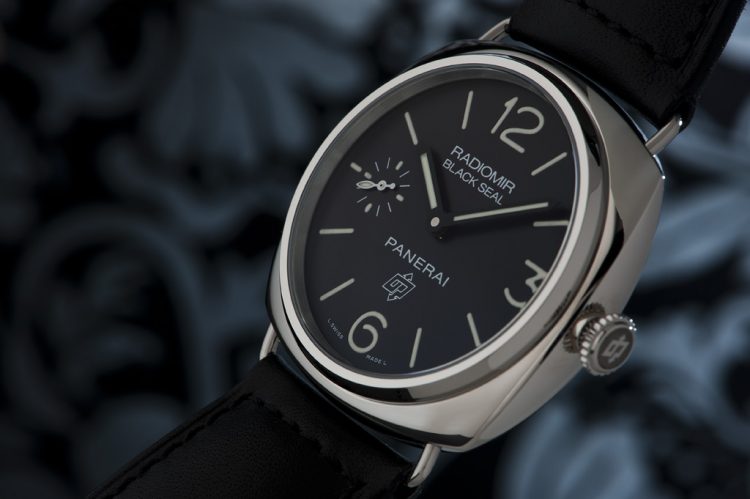 This limited edition timepiece has a 44mm sapphire PVD case, a leather bracelet strap, and a closed case back. Only 140 were ever made and they were produced prior to the Richemont buyout of the company. In 1997, the price for this watch was a mere $15,000, but they are now going for as high as $400,000. 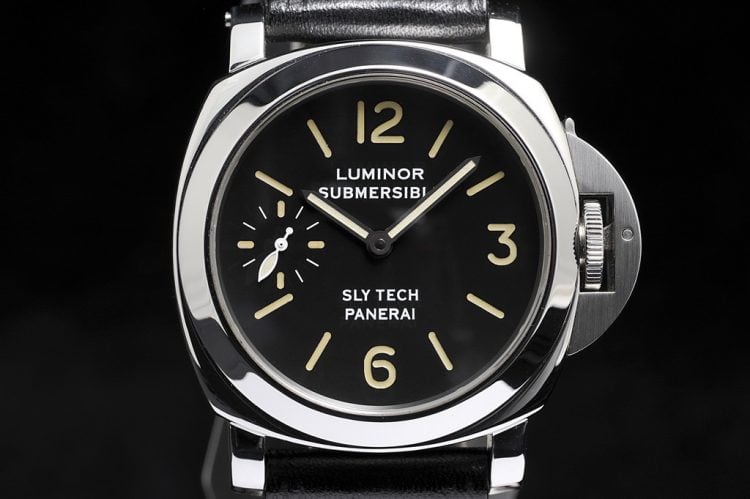 This stylish watch was worn in a movie called “Daylight” by superstar actor/writer/director Sylvester Stallone in 1997. Perhaps that where the name came from since his nickname is “Sly”. There were only 95 of them made and they originally sold at $14,000 retail price. Currently, buyers are paying up to $400,000 for them, but perhaps if he had won the Oscar, they would be selling for as much as this next watch. 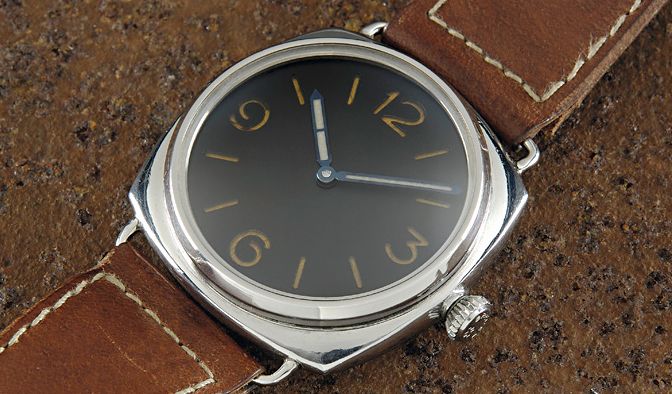 The Panerai Watch is the ultimate watch for the avid Panerai follower. Only a few dozen of this model were ever made. The watch features a case designed and made by Panerai but with a movement from Rolex. These watches were originally only available as military-issue. They also came with a Trittico depth gauge and a compass at the time. Although the Italians had originally commissioned these timepieces, a few of them ended up in the hands of the German Kriegsmarine where they were issued to their combat swimmers known as “Kampfschwimmers”, which is where the name came from. 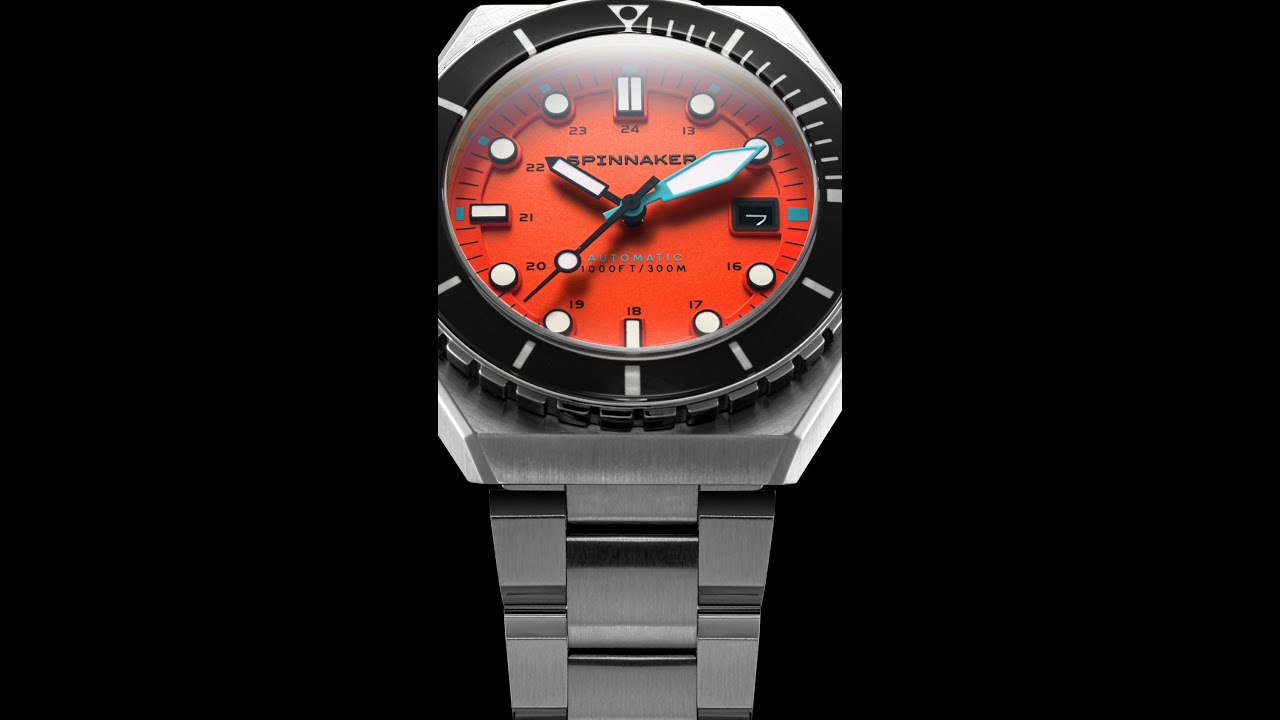 Spinnaker is a luxury watchmaker known for its fondness for oceanic themes. Each member of its various collections are nautically themed diver watches. The brand has established a reputation for delivering high quality and functionality…. 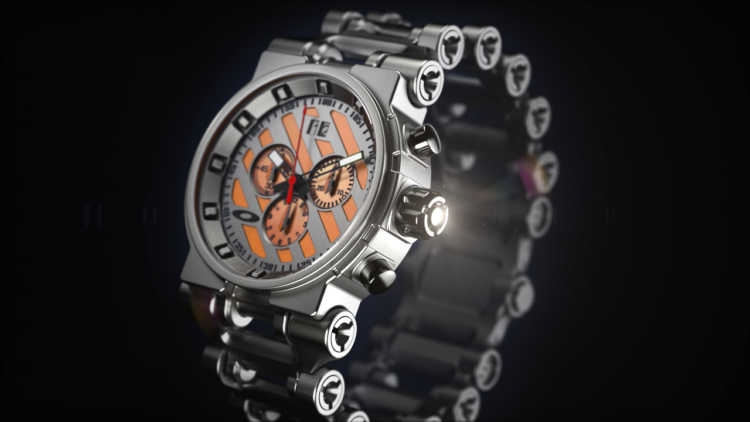 When you hear or see the name “Oakley,” you automatically think sunglasses, and with good reason. However, the Oakley brand has done an exceptional job of entering the watch manufacturing industry, experiencing some phenomenal success…. 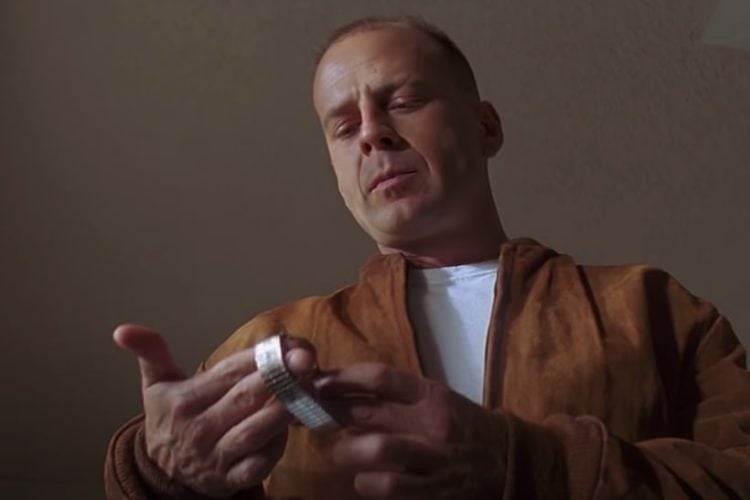 Many people have seen the Quentin Tarantino film Pulp Fiction. After all, who doesn’t remember John Travolta with his iconic dance or Samuel L Jackson in the diner scene? The truth is, there are a… 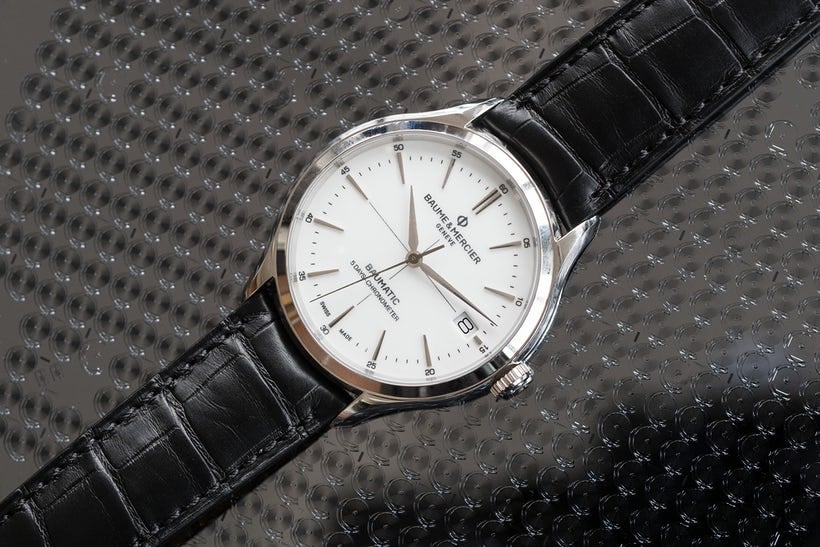 Baume & Mercier is one of the older companies still in the business of luxury watchmaking. The first shop was founded in 1830, and expanded internationally in 1921. As the brand increased in prominence, they… 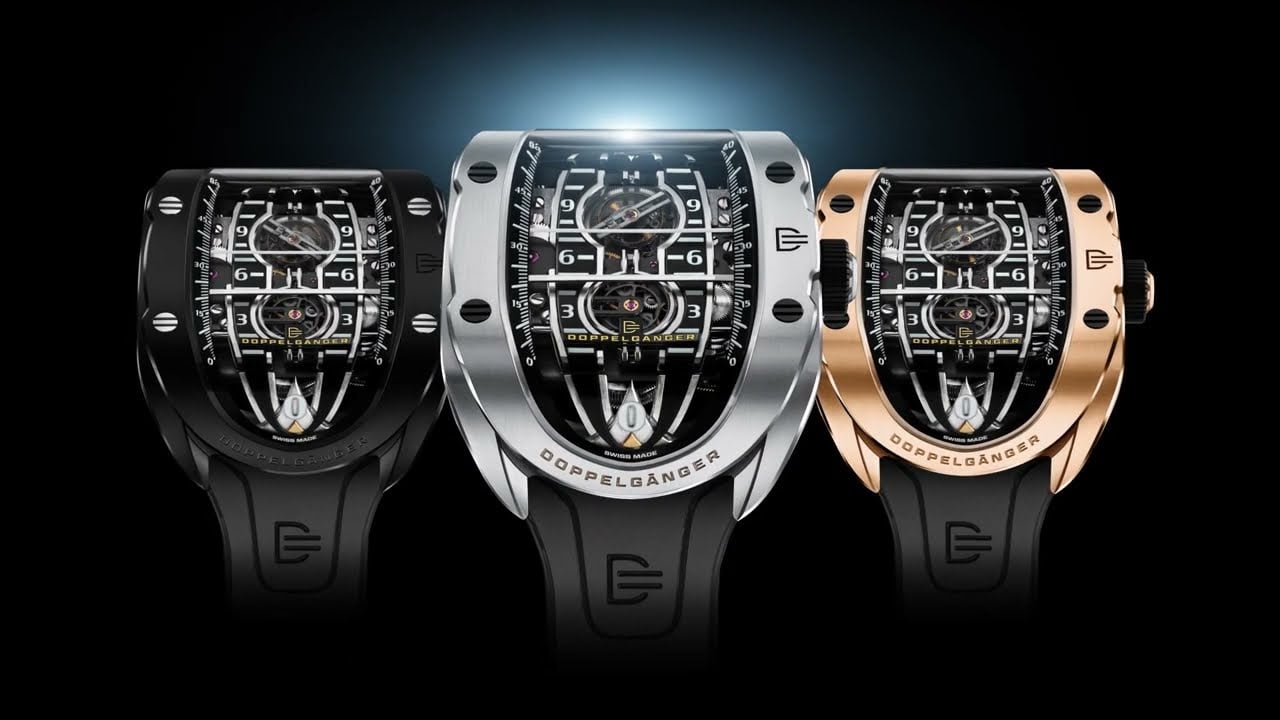 Fromanteel is a watch brand from The Netherlands that specializes in sophisticated luxury timepieces that are Swiss-made from their workshop in Holland. It offers Swiss-made quality at affordable prices for wristwatch connoisseurs who demand the…