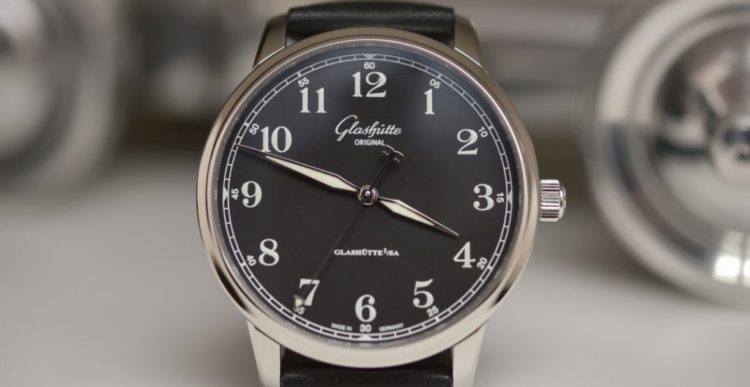 The Glashütte Original Senator Excellence Steel with a black dial is a German watch that is not really made for formal dressing as it is for casual dressing. It exudes casual elegance from its stylish appearance that is both classic and modern, which makes it quite appealing as a casual wear. Furthermore, it’s comfortable to wear, it easily stands out from other watches more than one would expect it to, which makes it one of the best watches for those who want a balance between style and modesty. In this review, we are going to take a deeper look at some of its other details.

The black dial is designed with a diameter of 40mm and a height measuring 10mm, brushed case-bands, and a polished bezel gives it a unique and special feel. It has a slight sporty appearance and a bit of vintage touch, although it doesn’t end up looking like it’s fighting to be different. Overall, you get a feeling that it’s meant to be a casual watch.

If you have been keen on the aesthetics of the Glashütte brand, you may have noticed that this watch has aesthetics that closely resemble of those of the Glashütte Original Senator Excellence Observer that was released in 2015. Its dial is matte black with a grainy finish that sharply contrasts with its white Arabic numerals, and glaive hands made of steel, and filled with some luminous paint. Unlike the white dial version, this one has little triangles at 3, 6, 9, and 12 O’clock. However, the triangles appear smaller in the Excellence version than the Observer version. 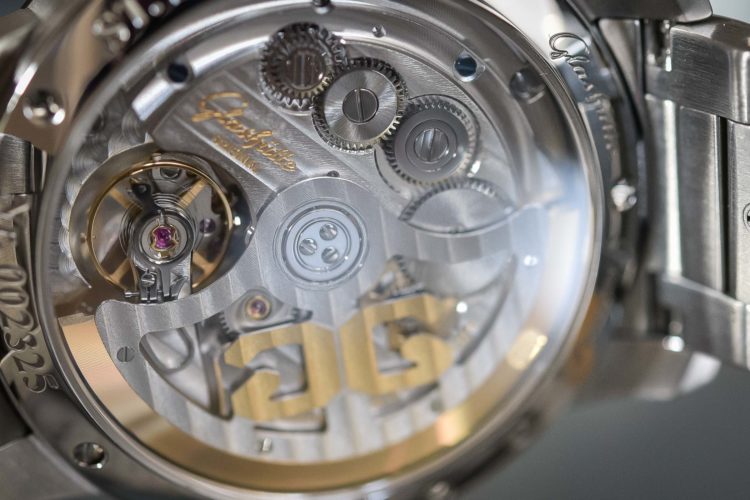 While the two have those similarities in their dial, Senator Excellence will strike you visually, a lot more than the Observer. That can be attributed to the fact that the Excellence features no other indicators that distract you from its large Arabic dial design. The Senator Observer on the other hand has a power display indicating how much power is left, as well as two subsidiary seconds at 3 O’clock and 9 O’clock, and date display located at 6O’clock. While it’s still a dress watch, it has a very different look from a classic dress watch due to its slight sporty and modern finish.

When it comes down to when you should wear this watch and when you shouldn’t wear it, it will all depend on your personal style and taste. If you are into formal dressing, it is designed to look like a simple but quality watch that won’t appear as if it’s crashing with your suit. On the other hand, it has a casual touch that makes it look just in the right place when you wear it on weekends. Furthermore, it’s more versatile than the white dial version, which is a plus if you will be playing a round of golf. Having said that, I wouldn’t recommend that you wear it to a strictly formal event.

Inside its Calibre 36, you will find an efficient and modern automatic movement that was first used in the Senator Excellence series. The automatic movement operates at an impressive 4Hz, with an escapement uses a silicon balance ring. Last year was the first time that Glashütte was using a silicone ring on its watches. The power reserve supplies enough power to last 4 days at most, which comes to about 100 hours. It uses a single barrel with a mainspring measuring 68 cm from Nivarox. They use a monster rotor that has a peripheral gold mass of 21k to wind the barrel. 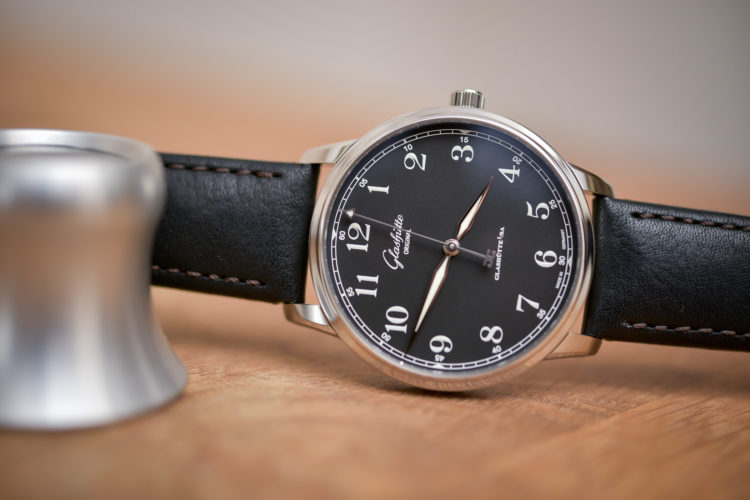 The watch encompasses everything that you would expect to get from a German manufacturer; the movement has a nice tradition finish that makes use of Glashütte rubber on its 3/4 plate, a a Double G skeletonized rotor, visible wheels, and blued screws. Furthermore, the whole movement remains visible under via the sapphire case-back. You can adjust the movement from six different positions and to varying temperatures, which allows the watch to utilize 4 different stages of power reserve, give precise readings, as well as mange the length and amplitude of the power reserve. All those adjustments are done in the factory and a certificate given to confirm the settings that were made as required.

The Glashütte Original Senator Excellence is worn using the calf leather strap that is black in color, and it feels cool but comfortable immediately it touches your wrist. You will not find it to be such a classic watch that you must wear it with a suit, neither will you find it to be sporty enough to be considered a sports watch. This is the perfect watch for you if you wish to stand out from the crowd without overdoing it, but still get to display that perfect German design. This watch is priced at USD $10,125.00

We hope that you found this review to be informative, and you will enjoy your new watch.