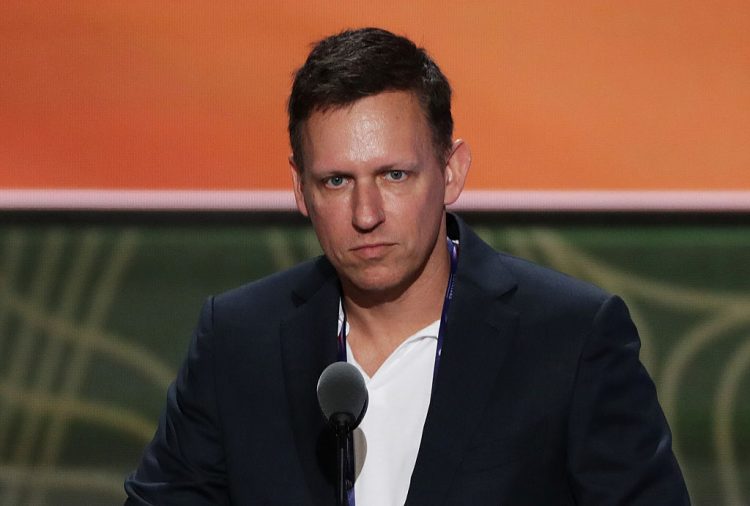 Even if you know nothing about the business world, you have likely heard the name Peter Thiel at least once. He is a technology entrepreneur, a philanthropist, and an investor. He is an excellent businessman, which has made him incredibly wealthy. If you don’t know much about Peter, but you would like to, you should continue reading. You will find out that he is one of the most interesting and influential men in the world.

Peter Thiel was born in Frankfurt, Germany. When he was just an infant, his parents moved the family to the United States where they settled down in Cleveland. During part of his childhood, he lived in Southern Africa and Southwest Africa. During this time, he went to 7 different elementary schools. Many of his schools were very strict. They required him to wear a uniform and used corporal punishment if the students misbehaved. Before he started middle school, he came back to the U.S. in 1977. He also has a younger brother named Patrick. Growing up, Peter loved to play chess. He started playing at the age of 6 and he was ranked at number 7 in the U.S. for children under 13 years old. He also loved to play Dungeons and Dragons and he loves to read science fiction novels. He read The Lord of the Rings over 10 times when he was a kid.

After returning from Africa, Peter attended San Mateo High School in California. He excelled greatly in math. He even received the highest score in a statewide math competition when he was in middle school. He graduated from high school in 1985 and he was the valedictorian of his class. After high school, Peter attended Stanford University, where he was the editor and chief of the college’s newspaper and he received his Bachelor’s Degree in 1989. He decided to continue his education and he went to Stanford Law School where he got his Doctor of Jurisprudence in 1992.

Peter didn’t become a successful investor and entrepreneur right out of college. After he graduated, he interviewed with two Supreme Court justices and ended up taking a job as a judicial clerk. Not long after, he went on toe work for Sullivan and & Cromwell as a securities lawyer. He left the firm after a little over 7 months because he didn’t see any value in the job hat he was doing. After a few more unsatisfying jobs, he moved to California and he founded Theil Capital Management in 1996.

In 198, Peter got together with Luke Nosek and Max Levchin and they co-founded Confinity. In the beginning, it was a PalmPilot cryptography and payment company. Eventually, the trio created PayPal. In 2000, they teamed up with X.com and PayPal went public. They eventually sold it to eBay for $1.5 billion that October. Peter walked away with $55 million.

While Facebook is the brainchild of Mark Zuckerberg, it wouldn’t be what it is today without Peter. Sean Parker, the creator of Napster approached the CEO of Linkedin, Reid Hoffman to see if he would be willing to invest in Mark’s company. He had to decline due to a conflict of interest, but he sent Sean to see Peter. Both Sean and Mark met with Peter and he liked the idea. He agreed to give Zuckerberg an angel investment of $500,000 in a convertible note which would be converted to Facebook equity if the site reached 1.5 million before the end of 2004. Even though the just missed the target, they allowed the loan to be converted. He was the first outside investor in the company. He eventually sold a majority of his shares for over $1 billion in cash.

5. Peter is a Producer

In 2005, Peter co-produced a feature film called Thank Your for Smoking. It was based a novel by Christopher Buckley which had the same name.

It may sound strange, but Peter recently invested a great deal of money in the development of 3D printed meat. He invested $350,000 to the company, Modern Meadow. He hopes that his investment will help the company create and edible prototype using 3D bioprinting. Peter hopes that the result will become a delicious meat replacement.

Over the years, Peter has been given several honors and he earned plenty of awards. His first was the Herman Lay Award for Entrepreneurship in 2006. He was also named on of the 250 most distinguished leaders under 40 by the World Economic Forum in 2007. In 2009, he was given an honorary degree from Universidad Francisco Marroquin.

8. Peter Created a Book From His Teaching

In 2012, Peter taught a class at his former school, Stanford. He taught the class CS 183:Startup. One of his students, Blake Masters, took notes during the course. Later, Blake and Peter got together and they wrote a book. It was released in September 2014 and it was called Zero to One.

9. Peter is openly Gay and Has No Children

Peter has an outstanding net worth of $2.7 billion.

Peter Thiel is a true captain industry. He has made a name for himself in the business world in just a few short years. While he is most well known or his involvement in PayPal and Facebook, he was also involved with Yelp, Linkedin, and Friendster. He is a major player in the business world and he has a knack for choosing just the right companies to invest in. Peter is a very rich and successful man and he is a very respected man. According to Peter, he has no plans to slow down anytime soon, therefore, he will be making more money over the next few years.