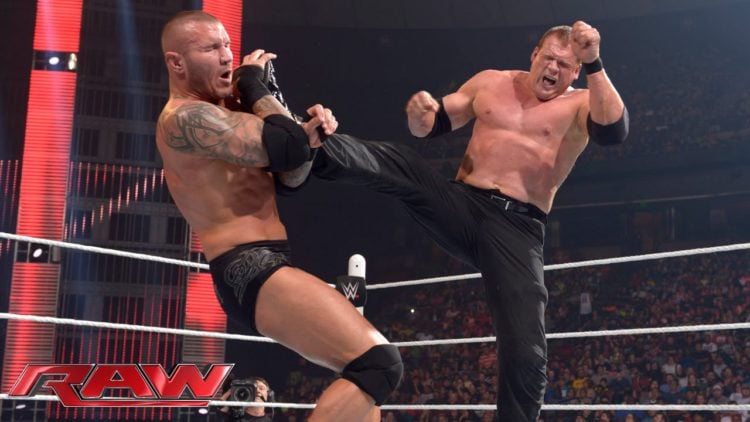 If you are a fan of wrestling, Randy Orton is one person whose matches you cannot afford to miss, especially once you get addicted to his signature move, the RKO. When he went up against Edge, it was dubbed “the greatest wrestling match ever,” and although he felt the title gave him undue pressure, he still delivered a spectacular performance as was expected. With two decades in the industry, the wrestler has continued not only to keep his fans eager for more action, but he also has accumulated an impressive amount of wealth doing so. Randy Orton’s net worth stands at $11 million, which is quite an achievement for someone who joined wrestling only because he was broke. Let’s check out how he gets his money, and if there is any chance, the amount will increase in the future.

Wrestling was the last option for him

Randy Orton is a third-generation wrestler, but never in his wildest dreams did he ever think he would join the profession that his grandfather and father had opted to take. For him, despite growing up being surrounded by famous wrestlers and accompanying his father to wrestling matches where Bret Hart would babysit him, Randy only enjoyed being a spectator. He did not even give in to the pressure from his peers who thought that once he graduated high school, he should follow in his father’s footsteps. Therefore Randy chose to join the Marine Corps at 19. Unfortunately, even the Marine Corps could not accommodate him, and he was discharged for bad conduct. Spending a few months at home and being broke proved to be enough for him to rethink the direction he wanted to take. Since Randy knew college was not an option for him, the only other thing in the cards is what he had grown accustomed to, wrestling.

Randy told his father about his decision to become a wrestler, and since his father already had connections, he made a few phone calls to the veterans. As Randy told Shockya wrestlers like Pat Patterson, Tim Pritchard and Jack Lanza had blind faith in him, so they did their best to help him get a tryout. Within no time, Randy was signed and got his first match at 21. Despite having been trained by the best in the field, he could not wait to get it over with without being injured. Besides, the fact he was going in the ring with Bob Holly shattered his confidence, but Randy still hoped for a match good enough to leave the fans thirsty for more of him.

Becoming among the highest-paid wrestlers

While at 21 Randy was afraid of being in the ring, by the time he was 24, he was ready to take on the biggest names in WWE history. Since under his developmental contract he trained with other household names like John Cena and Brock Lesnar in 2003, he started showing how talented he was by becoming the second youngest WWE Intercontinental Champion after winning a match against Rob Van Dam. In August 2004, his reign as the youngest WWE heavyweight champion began after he defeated Chris Benoit, but he only held on to the belt for a month because Triple H beat Randy at Unforgiven later. Despite his father advising him that the only person he needed to please while at WWE was Vince McMahon, Randy soon discovered that the people he had to keep happy were his fans. Therefore he continued his rise to the top with the right motivation, and today he boasts nine WWE championships and four WWE World Heavyweight Championships.

Although becoming a champion does not translate to more earnings, Randy still cannot complain about the amount of money he makes. Heel By Nature ranked him the third among WWE’s highest-paid wrestlers. His salary is cited as $4.1 million, and it includes several perks, such as a limited schedule and a private bus tour for travel. However, the figure seems to be disputable because another source reported that when Randy Orton signed a contract with WWE in 2010, his salary was set at $4.5 million per year. Since the deal expired in late 2019, it was speculated that if he signed a new deal maintaining that figure, then it would make him the highest-paid wrestler of all time. Besides, the fact he was teasing a move to AEW was said to have been used to leverage a better deal with WWE.

All the same, whether he receives $4.5 million or $4.1 million per year, the difference does not affect Randy Orton’s net worth much because he has other sources of income. Usually, wrestlers negotiate merchandising agreements with WWE, and while some settle for 6-7%, most are paid 3-5% of their merchandise sales; Randy’s deal gets him 3.5%, which pales in comparison to the 6.25% that John Cena receives. Besides, he has made a few film and series appearances. For instance, he was the lead in “12 Rounds: Reloaded,” and also guest-starred in “Shooter,” where he played a former Navy Seal. Unfortunately, his history in the Marine Corps became a hindrance instead of a stepping stone when filming “The Marine 3”; hence Randy had to be replaced.

Will Randy Orton’s net worth grow or decrease with time?

In 2013, Randy Orton was excited about his acting career that was taking off, and he even said that he would like to follow in The Rock’s footsteps. He added that “12 Rounds: Reloaded” would be a pivotal point in his career, especially if people thought he had potential. Well, he seems to have changed his mind about pursuing an acting career because when he talked to CBS Sports in 2016, the wrestler said that WWE is his home and he would only consider acting if one day he wakes up and realizes he can no longer be a wrestler.

While currently, Randy can pride himself as among the highest-paid wrestlers, Triple H still thinks that he has a lot more potential. When he became a champion at 24, Randy was on a self-destructive path, and Triple H helped him to get back on track again. The WWE executive has so much faith in Randy that he believes the younger wrestler could attain another level of success if only he recognized how great he is. Since Ric Flair shares Triple H’s sentiments, we can only hope that Randy Orton sees in himself the potential that others do so he can reach for the stars and maybe double his net worth.