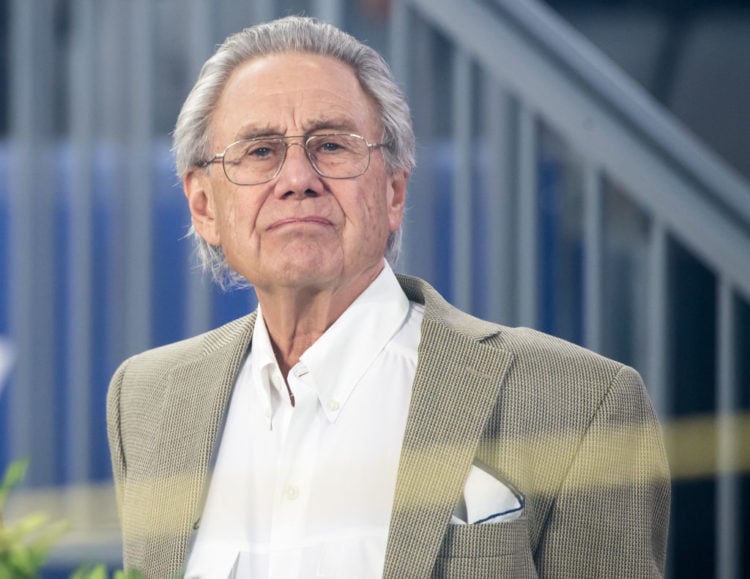 Oklahoma might not have the glitz and the glamor of Los Angeles or the swagger of New York, but plenty of rich folk still call it home. A few have inherited their work, but for the most part, Oklahoma’s wealthiest residents are self-made men and women who’ve worked hard to get to where they are today. But which among them ranks as the richest? Find out as we count down the 10 richest people in Oklahoma.

At number 10 with a net worth of $273 million is Tom L. Ward. In 1983, he and fellow Oklahoma City resident Aubrey McClendon joined forces to found Chesapeake Energy Corporation, the source of much of their respective wealth. Today, Ward serves as the Chairman and CEO of Mach Resources, a privately-owned energy company in Oklahoma City. He’s previously served as the COO of Chesapeake Energy, the Chairman and CEO of Tapstone Energy, and the Chairman and CEO of SandRidge. Described by Bloomberg as “a natural gas icon,” Ward also dabbles in other areas – quite successfully in most cases. According to Wikipedia, for example, his company Heritage Feeders, L.P., is ranked within the top 10 cattle feeders in the US.

Next up with a net worth of $500 million is Aubrey McClendon, After he and Tom L. Ward founded Chesapeake Energy Corporation in 1983, McClendon served as its chairman and chief executive officer. McClendon subsequently went on to serve as the founder and chief executive of American Energy Partners, LP., as well as a minority shareholder in the National Basketball Association (NBA)’s Oklahoma City Thunder franchise.

This is where the money gets serious. With a net worth of $1.4 billion, Joseph Craft is the first Oklahoma billionaire to hit our list. The businessman made his money as the president and chief executive officer of Alliance Resource Partners, L.P., the third-biggest coal producer in the US. Over the past couple of years, he’s become almost as well known for his political activism as he is his business activities. In 2012, he donated $500,000 to a Super PAC supporting Mitt Romney. In the 2016 presidential elections, he gifted a cool million to Donald Trump’s presidential inaugural committee. His wife, Kelly, was eventually appointed to serve as the United States Ambassador to the United Nations by Trump.

According to Forbes, Lynn Schusterman is currently worth around $3.4 billion. Her late husband was Charles Schusterman, the founder of Samson Resources. Following Charles’ death in 2000, the couple’s daughter, Stacy, took over the role of CEO at Samsons. In 2011, she brokered a deal to sell the majority of the company assets to a KKR-led group for $7.2 billion. Lynn, who held onto some oil and gas assets in Samson Energy, now ranks as one of the most prolific philanthropists in the state.

In 1964, Judy and her husband Tom borrowed $5,000 from Tom’s parents and opened their first gas station in Watonga, Oklahoma. For the first ten years, Judy ran Love’s Travel Stops & Country Stores alongside Tom, helping to expand it until it eventually grew to more than 520 stores in 41 states. In 1975, she returned to college at the age of 38 to study interior design. She now serves as the executive secretary at Love’s and chairman of the Love Family Fund. Her net worth is estimated to be $4.7 billion.

Tom Love is the owner, founder, and executive chairman of Love’s Travel Stops & Country Stores. After dropping out of the University of Oklahoma, Love spent a few years picking up odd jobs until he and his wife Judy decided that gas stations were the future. When they decided to combine self-service gas stations with convenience stores in 1971, a multi-billion dollar empire was born. Love currently has a net worth of $5.4 billion.

David Green is the owner, founder, and CEO of Hobby Lobby, a chain of arts and crafts stores. According to.iheart.com, his current net worth is around $7.6 billion. A committed Christian and major investor in Evangelical organizations, Green spent $500 million in 2017 to found the Museum of the Bible in Washington, D.C. Since launching, the museum has been at the center of several smuggling and forgery scandals. There was also controversy last year when it was revealed that it had applied for (and received) between $2 and $5 million in PPP loans to assist with COVID-related closures, despite the vast personal wealth of its founder.

Harold Hamm is a fracking pioneer who’s currently worth around $9.4 billion. According to Forbes, Hamm has transformed the U.S. oil industry like no one since John D. Rockefeller, helping to keep domestic prices low while building himself a vast personal fortune in the process. Continental Resources, the company he founded and continues to hold an 80 percent share in, is one of the nation’s biggest independent oil companies, producing around 330,000 barrels of oil per day.

Philip Anschutz may not have been born in Oklahoma, but his connection with the state runs deep and long enough to get him a mention on our list as an honorary Oklahoman. A mogul with interests in everything from energy and railroads to newspapers and music, Anschutz purchased the Oklahoma Publishing Company in 2011 and has invested heavily in The Oklahoman, the largest newspaper in Oklahoma. His current net worth is estimated to be around $13 billion.

With a net worth of $13.2 billion, Tulsan George Kaiser tops our list as the richest person in Oklahoma. Kaiser serves as the chairman of BOK Financial Corporation. He bought BOK in 1990 when it was in a depressed state and swiftly transformed it into a multi-state, multi-billion dollar bank. In addition to his business activities, Kaiser is renowned for his philanthropy.