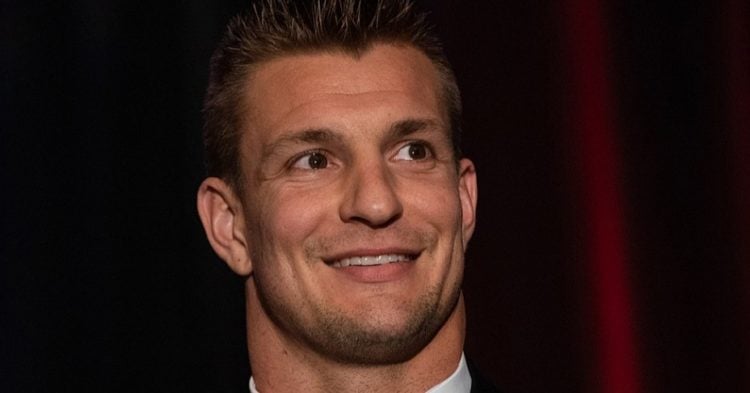 Rob Gronkowski has spent the last nine seasons playing football with the NFL team the New England Patriots. He’s had an amazing career and he will just be turning 30 years old in 2019. Gronkowski is somewhat of a phenomenon. He’s managed to amass a fortune of an estimated $40 million in personal net wealth, and it’s leaving many wondering how did he do it? We wanted to know as well so we checked into his career history, his salary, endorsements and his personal habits to answer the question of how he has become so rich and here is what we learned.

Gronkowski is a native of Amherst, New York and he was a football player in high school. He excelled in skill and ability and won multiple honors. After graduation, he enrolled at the University of Arizona where he played ball as a tight end. He was drafted by the Patriots just after his sophomore year of college. Rob signed on with the Patriots in 2010 and it’s been one wild ride since. With three Superbowl championships to the team’s credit, Rob has been a part of a team that brings home the results. With this comes a lucrative contract. His current contract with the team is set to expire at the end of the 2019-2020 football season. The value of the contract was set at $54 million with an average payout of $9 million per year for the six year term. By the time taxes were taken out, he didn’t exactly pocket $54 million, but he has managed to put back a cool $40m. Even though he’s just leaving his 20s, he’s the kind of guy who knows how to handle his finances and he’s generous with advice for teammates who also wonder how he’s saved such a fortune without touching a cent of it.

Gronkowski shared the secret to his success in saving millions. He shared that went it comes to his finances, he “Keeps it simple.” This is the advice that he gives to others who are interested in knowing how he managed to put so much in the bank. He goes further to say that he lives comfortably but he doesn’t spend any more money than he needs to to accomplish just that. he’s not one to splurge on things that are not necessary. Gronkowki has written a book called ‘It’s Good to Be Gronk” which was released in 2015 and this has provided yet another income source. In the book he shared that he used the money from his endorsements to live off of and he didn’t touch a cent of the money he received from the NFL. Most young men of Rob’s age would have a tough time resisting the urge to splurge on frivolous and fun activities and possessions with such a fortune just sitting there and earning interest, but he’s one of those guys who has an amazing degree of self discipline, self restraint an control. These are all traits that help to make him such a great football player as well.

Gronkowski rose to the status of superstar on the field and this brought a ton of interest from some of the major brands who are always on the lookout for a celebrity athlete to represent their products. He signed on to endorse a lot of different brands including Tide, which is an obvious match for a football player, and Dunkin’ Donuts. he also endorses Nike, T-mobile, Visa, Cheerios, Monster Energy and Lyft, among others. He’s made millions in endorsements alone, and these are the funds that he’s supported his modest lifestyle with. Gronkowski has played his cards right by going with the endorsements that would support his current lifestyle. This shows us that he’s got a good mind for business and he doesn’t put all of his eggs in one basket.

We also learned that after 9 years of playing on the Patriot’s team, Rob Gronkowski has made the announcement that he plans to retire from the NFL. He made the announcement over social media. it’s not often that a man gets the opportunity to retire a multi-millionaire before he even reaches the age of 30 but Rob’s made up his mind an has made it official. He has one year left in his $54 million contract which is estimated to be worth $9 million. Although retirement from the NFL will signal the end of a significant income source, he will still have his endorsements and the fortune that he has managed to save. Somehow we don’t think he’s going to have any trouble surviving, and it wouldn’t surprise us one bit to learn that he has made some wise investments that make him even richer after his retirement is official from professional football.

From what we can tell, football has been a major part of Rob Gronkowski’s life. He has made a fortune of $40 million in the NFL. He started in high school with a natural talent for the game and he continued to hone his skills throughout his high school years, through college and he finally realized his dreams when the NFL drafted him to play for the Patriots. He’s not really a frugal person, but he has established goals and although he lives very comfortably, he’s not the kind of guy who lives a life of excess. He has a good head on his shoulders when it comes to finance and planning for the future. Rob has not yet released any details about what he plans to do after he stops playing ball, but we’re certain that we’ll be hearing more from him in the next couple of years to come. With a book to his credit and a fortune to back him, Rob Gronkowski has a lot of options at his disposal.