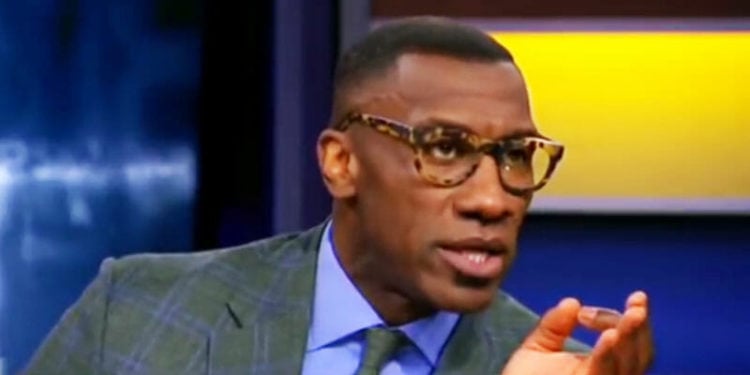 Shannon Sharpe is a former tight end for the NFL who made a fortune in the League. He has an estimated net worth of $12 million as of early in 2020. This is a nice nest egg, but how did he become so very wealthy? Did he make that much during his time in the NFL or did he make it some other way? We were curious so we looked into his career history and business associations and here is what we discovered.

Sharpe was born in June of 1968, a native of Chicago Illinois. He was picked in the 1990 NFL Draft in the 7th round by the Denver Broncos. This was the beginning of a 9-year commitment that would result in two Superbowl championships for the XXXII and XXXIII years. During the time he was with the Broncos he and four other members of the team were featured on the front of General Mills Wheaties brand cereal.

He played for 9 seasons with the Broncos, and then signed a contract to play for the Baltimore Ravens. He spent two years with the Ravens and he accompanied them to Super Bowl XXXV where the team took the championship. After the win, Sharpe went back to the Broncos where he stayed until 2003 at which time he retired from being a professional NFL football player.

Significant accomplishments as a player

Shannon Sharpe made some significant contributions to the teams that he played with. He also earned a fair amount of recognition for his amazing accomplishments during his tenure as a player. He was the first player in his position to ever reach 10,000 receiving yards and he set that record for tight ends in the league.

It has been said of Sharpe that he was a considerable threat to the other team. His former coach from the Ravens confirmed that Shannon was so dominating on the field that his opponents had to double team him to attempt to neutralize his effectiveness. In addition, he was selected for the Pro Bowl eight times and in 2011 he was also appointed to the Pro Football Hall of Fame. It is worth noting that Shannon Sharpe was one of 17 finalists who were all being considered for election to the Pro-Football Hall of Fame for the year 2009. He wasn’t the player selected for that year, but just two years later he was formally inducted into this prestigious group of professional football elite. Savannah State University was Sharpe’s alma mater. The school retired the number 2 jersey which was Sharpe’s.

He retired as a player to take on another job

Sharpe wasn’t long out of retirement before we all got to see him again at NFL games. He was invited to join the team at CBS Sports as a commentator for the Sports pregame Show titled “The NFL Today”. He joined former coach Bill Cowher and former quarterback Dan Marino as he stayed close to the action, but from a different perspective.

While Sharpe was in the game as a player he made even more accomplishments in the 204 games that he played. These include 815 receptions and 10,060 receiving yards, an average of 12.3 yards per reception, a total of 62 touchdowns, and he was a four-time All-Pro selection in addition to his other achievements previously listed. He was a valuable player for both the Ravens and the Broncos and it’s nice that he ended up his career as a professional football player with the team that he started with at the beginning of his career.

Shannon might have been done playing but it’s likely that he will always be involved with NFL football in some capacity. He is now taking his place among other retired football greats who have made the hall of fame and commentating on the games. After his stint with CBS, he went on to work at ESPN’s Sunday Night Football in 1991 and he remained with that show until 2003. He spent the 2003 season commentating for NFL Monday Night Football. He reappeared in 2013 to appear in the “Denver Broncos Greatest Moments,” then in 2014 he appeared in “The NFL Today.” From 2016 through 2018 he was seen in “Garbage Time with Katie Nolan,” “ESPN First Take,” and in “Skip and Shannon: Undisputed” which ran from 2016 through 2018.

To summarize a life well lived

Having the opportunity to do something that you love to earn your living is a rare blessing. In Sharpe’s case, we saw his passion for the game evidenced in his success record. Shannon Sharpe had a wonderful career in the NFL with the Denver Broncos, then briefly playing for the Baltimore Ravens for a few years. He returned to his old team, the Broncos just prior to his retirement. He left the league bearing some significant accomplishments and he served the teams that he played for with his heart and every sinew of energy in his body. He was recognized for his accomplishments, which were many during his tenure as a player, and when it was time to move on, he did so gracefully, keeping a foot in the door as a commentator on the sport. Sharpe has spent many years in his service to the sport of professional football in one capacity or another. He was well-compensated for his efforts and he remains one of the most beloved players of yesteryear.

We’ve enjoyed hearing his perspectives on the game as a commentator for a variety of different sports shows. His knowledge and experience in the game made him an authoritative figure and ideal for the second phase of his career after retirement. Shannon Sharpe earned his $12 million fortune by working hard and being good at the game of football. The NFL has been good to him, but he has also been good for the NFL.