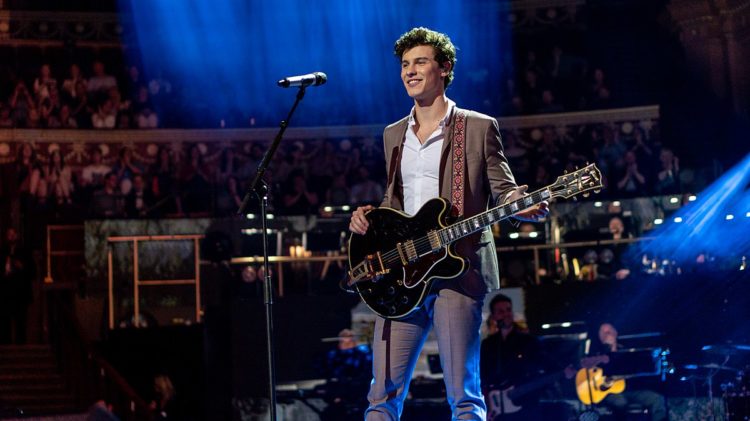 Shawn Mendes is a popular singer from Canada who has managed to amass a net worth of an amazing amount of $12 million. Did he make all of this money from his singing career? This is a question that fans have on their minds, so we checked into it and this is what we discovered.

Shawn is a native of Canada and was born in August of 1998 in Toronto, Ontario. He first became popular as a singer when he began posting song covers on the Vine website in 2013. Shawn Mendez was noticed by Island Records who liked what they were hearing and they contacted him and signed him to their label. Within two years of signing the contract, his debut studio album was released in 2015, titled “Handwritten.” The Album experienced rave reviews and it shot to the number one position in the charts in Norway, Canada and in the United States. It also made it to the Top 10 lists in Sweden, Spain, and Denmark. He had released an EP earlier in 214 ahead of his debut album release and it made it to the fifth spot in Canada and the United States.

His most popular songs in the early days

The most popular song from Mendes’ album was “Life of the Party.” It climbed to number 6 in New Zealand and reached the ninth spot in Canada. Two more hits that went big time were “Stitches” and “Something Big.” In 2014, Mendes’ popularity skyrocketed when he was honored with a Ten Choice Award for Choice Web Star: Music. He went on to win another award the following year when given the Shorty Award for Vine Musician. He released his second album in 2016 called “Illuminate” and this was also the name of the tour that he followed up with to promote the new album. The tour grossed Mendes earnings of over $32 million. The Illuminate album skyrocketed to the top of the US Billboard 200 settling at the number one spot.

Shawn Mendes performed at the 2018 MTV Music Awards which was a widely viewed televised event He sang his song “In My Blood” which was also the title of the new album that he released in May of 2018. He was joined at the event with a line up of some of the biggest names in the business including Nicki Minaj, Jennifer Lopez and Ariana Grande. This cinched his spot as a superstar in the music industry if there was ever any doubt before.

Comparing Mendez to his contemporaries

Sean Mendes’ net worth doesn’t quite match up with the $75 million that Nicki Minaj is worth or the $45 million that Ariana Grande is estimated to be worth, but he’s right there at the same net wealth with Travis Scott and Mendes is just getting started in his career. In our estimation, this isn’t bad for a kid that started out posting vines at the age of fifteen and has managed to put back a whopping $12 million by the time that he was only twenty years old.

So how did Shawn Mendez come to be so rich?

From everything that we learned about the talented young singer, he’s earned the bulk of his wealth through sales of his albums. With all of the albums that he’s released that have gone to number one, along with the revenues brought in from the tours which also sell miscellaneous branded souvenir items including music, apparel and accessories, this is where the bulk of his $12 million fortune has been made. There isn’t any need for him to pursue other endeavors unless he wants to.

At the age of 20, Shawn Mendes has just begin to embark on his career. He’s been going strong for five years now and it’s just the start of what w all hope will be a long and successful career in the music industry. One thing is for certain, he’s not a one hit wonder because much of the material that he has presented to fans has been well-received and they look forward to each new album that is released, so we expect his net worth to rise even more in the years to come.