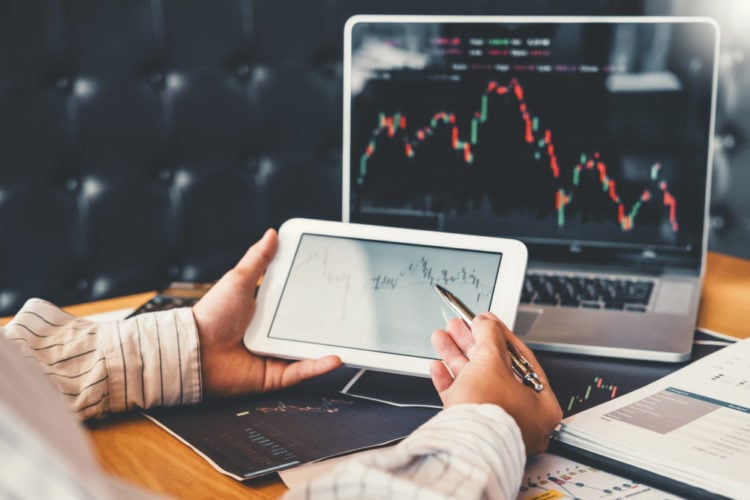 Warren Buffet said that investing requires more temperament qualities than intellect ones. If we followed this advice, that would mean buying stocks because you are in the mood, not because you foresee their great potential to have good returns. Therefore, we will go with Peter Lynch’s advice that investing in stocks is not a science but an art. Choosing the right stocks to include in your portfolio is not always easy when you are bombarded with so much information about each company listed on the stock exchange. For this reason, let’s help you narrow your options by looking at a specific company: Sundial Growers. Now that Joe Biden is in office and there is hope for marijuana legalization, is Sundial Growers stock a wise investment? Most analysts do not think so, and here are a few reasons. Here’s Why You Should Hold Off Buying Sundial Growers Stock.

No Hope for Legalization of Cannabis in the United States

According to Investor Place, the more it became clear that Joe Biden was taking over from Donald Trump, the more the Sundial Growers stock keep climbing. It even got to 17 cents a share, which was an impressive increase of 175%. However, the article said that it was still too early to start counting your chicks. The stock was doing good because it was expected that once Biden became the President of the United States, there would be the legalization of cannabis since there is already the MORE (Marijuana Opportunity Reinvestment and Expungement Act awaiting to be passed. Unfortunately, those who were not keen on Biden’s speeches may have failed to notice that he supported having those arrested for marijuana offenses to have a clean slate. Biden avoided speaking publicly about the legalization, which makes up the first section of the MORE Act. Besides, with the Senate Majority leader having a lot of influence in passing such bills, it is unlikely that those who are hoping for marijuana legalization will get their wish. After all, the current majority leader has been very forthcoming about where he stands concerning the MORE Act. Therefore, even if the House of Representatives passed the bill, the President and the US Senate are not likely to support legalization and decriminalization.

Additionally, since investing in a company with lots of debt is never advisable, Sundial Growers quickly took care of its debts. The CEO, Zach George, in December 2020, announced that unlike other cannabis companies with significant debt burdens, Sundial Growers had become debt-free. According to PR Newswire, he explained that after running out of cash and having to turn to debt to stay afloat, the company had finally gotten rid of $227 million in debts.

Unfortunately, even if being debt-free attracted lots of positive attention, stock market analysts still opined that it was yet to make a good impression for investors. Some investors still rushed to buy the stock causing an increase in the shares by 177%, but the company is not yet making any strides in the income statement. They did not hit target revenues but instead suffered a loss of $71.4 million in the third quarter, almost double the loss of $32.8 million experienced in the second quarter. Such poor performance led analysts to expect the fourth quarter to be much worse; they anticipated a 6% loss on the company shares. While becoming debt-free is commendable, Sundial Growers put its shareholder’s investment at risk by diluting the shares. The outstanding shares grew from 72.8 million to 206.7 million, meaning that the value of shares went down; no wonder the minimal increase is being viewed like the company’s saving grace.

Future is Hanging by a Thread

The future may be a mystery, but when you are investing in stocks, you want to have hope that the shares you are buying will be worth much more. Sundial Growers stock does not afford you that luxury. According to Forbes, besides the shares being on a downward spiral and the financial statements being very weak, the future of the company is hard to predict. While the first day of trading came with a decrease in the shares, which the CEO blamed on a scandal, it has gone from trading at $13 during the IPO to less than a dollar currently.

The below-a-dollar share price makes it a very poor choice to invest in. Hence you must be wary because it could be delisted from NASDAQ if it continues trading in cents. As per some sources, Sundial Growers has until June 26, 2021, to keep the share price above $1 for at least ten consecutive days. If it gets delisted and you have already accumulated its shares, you will have difficulty finding a buyer. Although you might be tempted to think that the future is bright for Sundial Growers given the recent surge, it is unfortunately temporary. According to the Motley Fool, Sundial Growers stock surged on February 3, 2021, because the Democratic Senate Majority leader and two other senators pledged support for the legalization of marijuana. They claimed its prohibition only inflicts harm, mainly on people of color.

As per the Motley Fool, if opportunities in the cannabis sector arise, Sundial Growers would use the $615 million unrestricted cash it has in its reserves to buy other cannabis companies. Such hope has led to the increase of the share, similar to what was experienced in GameStop. However, Sundial Growers stock is not anticipated to follow in the footstep of GameStop. The explanation is that GameStop stock soared because investors were shorting it, thinking it would fall before another surge. On the other hand, even if Sundial Growers stock was shorted, the outstanding shares are very modest to make a huge difference. Moreover, if it were to surge to high levels, it would be unsustainable; hence, do not be fooled by the current excitement.