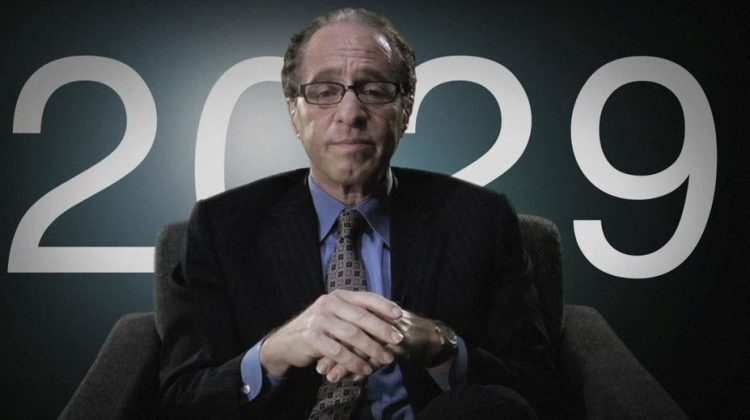 Our world has been rapidly changing for the past 20 years thanks to the digital revolution. Practically every home and business worldwide has a computer these days. According to author Ray Kurzweil, the introduction to the world of the first microchips first brought attention to this revolution. In Kurzweil’s book, “The Singularity Is Near”, there are some other trends that are similar in many other areas of technology and the similarity is rather uncanny.

Kurzweil calls it the law of accelerating returns and what it means is that the superior information technologies tools that we have available to us today will result in exponentially better tools in the future. That fuels the acceleration, according to Kurzweil, and the pace is accelerating every day. There are three distinct technologies that will define our futures and change the world over the next century and they are Robotics, Genetics, and Nanotechnology.

So, why are these three particular areas of technology so revolutionary?

Now, we’re actually already experiencing all of these technologies in one way or another currently. In fact, Kurzweil wrote the book more than ten years ago. And, when all three of them converge, it is predicted to be very powerful indeed. Anticipating and debating these three very powerful technological revolutions is the key as it will make us better at guiding their developmental outcomes toward good rather than evil. So, what can we expect from these three technologies in the very near future?

According to Kurzweil, the intelligence in AI is what matters the most. He acknowledges the risks but also states that it is the most serious revolution that the entire human race will experience it its history. Why? Well, because it is characterized by the ability to replicate human intelligence and it’s really difficult to come up with any issue that a superintelligence would not be able to solve or to at least be responsible for helping us to solve. That includes poverty and disease, so building really strong AI is crucial.

He also acknowledges that mankind is already capable of what he calls ‘narrow AI”. This means machines that can be programmed for just a single task or maybe just a few. On the other hand, “strong AI” will reach the versatility of a human being for the purpose of problem-solving. Kurzweil also predicts that this strong AI will actually be capable of outperforming human beings since machines possess exacting memories, and can perform consistently at not only peak levels but also while combining their peak skills. In addition, machines have the ability for pooling their resources as only machines can.

Some currently used examples of narrow AI include:

The next level in strong AI will include machines that are capable of learning on their own and don’t require programming by human beings. This is referred to as ‘deep learning’ and is a powerful new machine learning method. This method is actually experiencing a major surge currently in research and applications.

Where biology and information intersect. Ever since the completion of the Human Genome Project in 2003, major strides in the ability to read, write and hack our own DNA have been made. And, even as far back as the Asilomar Conference in 1975, where the debate started regarding genetic engineering ethics, amazing progress in practices like genetically modifying crops has been seen.

The reprogramming of our environment has been going on since humans started walking the earth. Now that we have gained sufficient knowledge regarding the inner workings of our own bodies, we can start tackling aging and disease at their cellular and genetic roots.

Although many of the basic fundamentals of genetic engineering are still under debate, the pace is picking up rapidly, giving us the ability to reprogram life’s codes. In fact, over the past ten years, there have been some major biotech innovations, including:

There are still a number of challenges to be overcome prior to the widespread use of these new genetic technologies, but the possibilities are endless. Assuming that the speed of technological progress continues accelerating, then according to Kurzweil, it is projected that the majority of diseases will become curable and we will be successful at slowing down the aging process or maybe even reversing it in the decades to come.

We are already seeing genetics revolution evidence every day, but for the majority of individuals, nanotechnology still appears to be more science fiction than science. The fact is, however, that most of us are already using certain products every day that are the result of nanotech research, including cars, clothing, paint, and sunscreen, just to name a few. In addition to the many practical applications that are available today, there is a wealth of testing and research that is being conducted every day into groundbreaking, albeit experimental, nanotechnology such as:

Improvements in the manipulation of matter on nano scales is steadily improving, however, we still remain quite far away from the creation of nanobots or nano-assemblers that could be capable of building and repairing atom by atom. On the other hand, we can start seeing that future by simply looking at our own biology and seeing a working model of the complex nano-machinery of life itself.