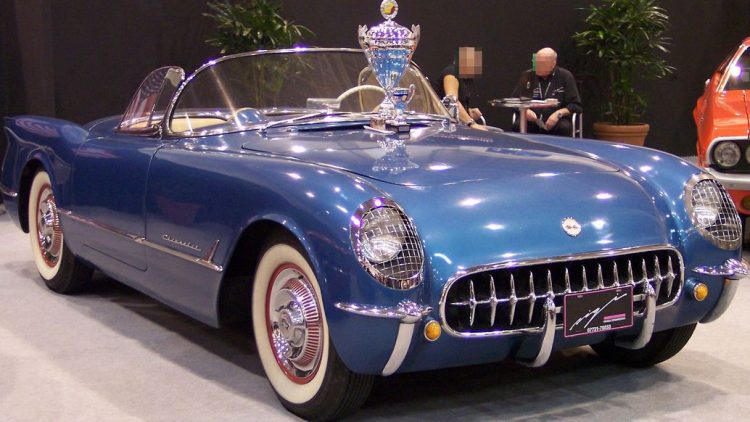 Over the past 62-years, America has changed quite a bit and so has its longest-running sports car. Launched in 1953 as a “polo white,” hand-built convertible, the Chevrolet Corvette was a dog of an automobile. Although the styling could turn heads, the Corvette lacked the internal componentry to back up its beautiful looks with only a 6-cylinder, 235-cubic-inch inline engine.

To remain true to the American spirit, Chevy upgraded the engine to a big V-8 with a lot of horsepower. Since that upgrade, the ‘Vette has been a timeline piece of American craftsmanship and ingenuity.

To celebrate, the following is a list of the top 10 Corvette models of all time.

Although the Corvette debuted two years earlier than expected, most enthusiasts claim that it became an actual legend once the V8 was placed under the hood. The 1955 Corvette V8 featured an iconic fiberglass body with 265-cubic-inch engine as an additional option. This model proved to the world that the ‘Vette could handle anything. The V8 improve its 0-60 time from 11 seconds in the previous model with the inline V6 to 8.5 seconds with this V8. This automobile also came equipped with a three-speed manual transmission. The overhaul from the previous model is said to have save the Corvette from being cut from Chevy’s product line. 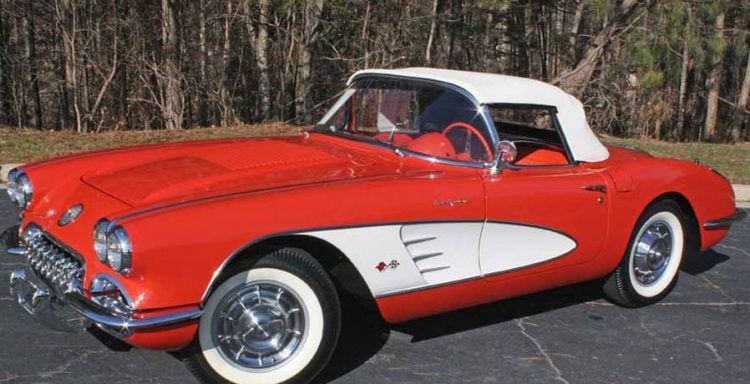 Created as the ultimate style and flash during the late 1950’s, the 1958 Fuelie had more chrome than any other Chevrolet to this point. This model was important to Chevy in that it helped transform the public’s perception from the ‘Vette being an exotic toy to a practical and more sensible car for the average consumer. The Fuelie was a huge hit and keep the sales momentum of the first generation selling until the Stingray was launched. Designed by GM Styling Chief Bill Mitchell in 1961 on the future of the Corvette, the Mako Shark created a feeding frenzy among automotive journalists. Many of the wild features of the car actually went into the production of the 1963 Stingray. Later, Chevy developed the Mako Shark II which featured even more outrageous specifications and ended up being the basis for the body redesign in 1968. Only offered for a single year, the 1963 Corvette Stingray has become one of the most collectible cars in history and also one of the best-looking. This famous ‘Vette features a split window coupe design and is considered the Holy Grail of C2 Corvettes, and for excellent reason. This model was the first Corvette coupe ever create and the split window design was eliminate after only one-year due to visibility problems. Under the hood is a 327-cubic-inch V8 with 360 horsepower which could be increased when ordering the optional fuel injection. The car also featured an all-new independent rear suspension for improved handling. 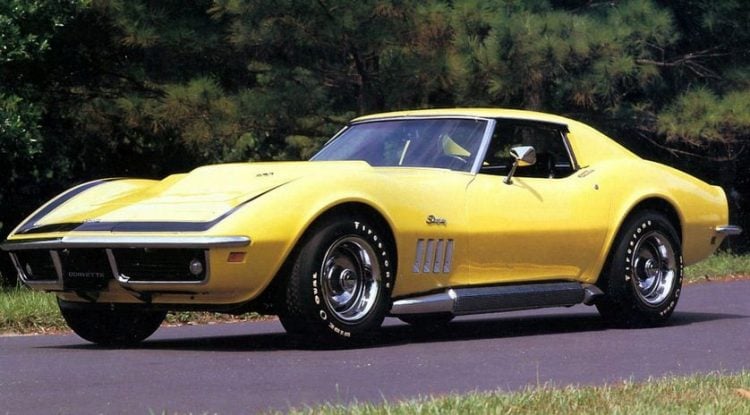 The Chevrolet Racing Team created and completely aluminum 427 ci (7-liter) V8 engine that doubled as the basis for the Camaro’s ZL1 program. As a result, only two of the 500 horsepower beautiful machines were constructed. For around 40 years, this car remained the fastest and best ever built until the launch of the 2009 Corvette ZR-1 which has similar specs. The curvy Corvette Stingray LT-1 is an automotive style icon from the 1970’s. Built on the Mako Shark concept, this model became a victim of the oil crisis of 1972 forcing automakers to downsize their engines due to fuel economy. However, the 1970 Stingray had two years to stretch its legs prior to the downsizing requirement and the LT-1 was the best ‘Vette to be released during this generation. With a 350-cubic-inch V8 engine, the LT-1 could run a quarter mile in just 14.36 seconds cruising at over 101-mph. To this day, the 1970 Stingray remains as one of the most desirable ‘Vette trims ever designed. Boasting 125 additional horsepower over the base model, the Corvette C4 ZR1 was one of the fastest cars during the early 1990’s with a 0-60 time of just 4.9 seconds. The C4 ZR-1 featured 80’s-style angels and a digital dashboard saved the Corvette brand following a gloomy stretch from the mid-70’s through the entire 1980’s. The value of the car dropped for a while but now buyers are snatching up restored ZR-1’s left and right. With a Lotus-design and Mercury-Marine-constructed aluminum V8 with 375-horsepower, the ZR-1 boasts a quarter mile time of 13.4-second to remain as one of the greatest performance bargains ever.

The C5 Z06 Corvette of the early ‘00’s transported the car into the modern era with refined interior, smooth styling and added technology. No top 10 list is complete without mentioning the Z06, a performance bargain that ranks with some of the best cars ever. The 2002 model featured a new 5.7-liter LS6 V8 with 385-horsepower in 2002 and 405-horsepower in the coming years. The 0-60 time was 3.9-seconds and the stick custom Goodyear tires with lightweight technology and stiffer suspension resulted in exceptional handling. After being shelved for 14-years, the ZR-1 returned in ‘09 to be the fastest Corvette ever. Featuring a supercharged 6.2-liter V8 engine resulting 638 horsepower, the ZR-1 was the first factory-based supercharged ‘Vette engine in history and posted incredible performance numbers: 0-60 in 3.5-seconds, a quarter mile run in 11.5-seconds and a top speed of 205-mph. This made the ZR-1 the top supercar of the last decade. Fast-forward six years to 2015 and the Corvette Z06 is now the fastest, most capable model in history. Boasting 650-horsepower and 650 lb.-ft. of torque, the 8-speed, 6.2-liter, V8 engine, the Z06 posts a 0-60 time of just 2.95 seconds. The brakes stop on a dime due to the almost-slick tires and magnetic ride suspension. The Z06 model was set up to be one of the best and fastest sports cars available to-date. The base price is $78,995 and considered to be the performance bargain of all cars within the last century.

The Corvette has progressed significantly since its first launch as a slower, less desirable car to being one of the best performance bargain sports cars of all time. Chevrolet really took the Corvette concept and ran with it over the years. It is exciting to ponder what new models and technology they will launch in the future.