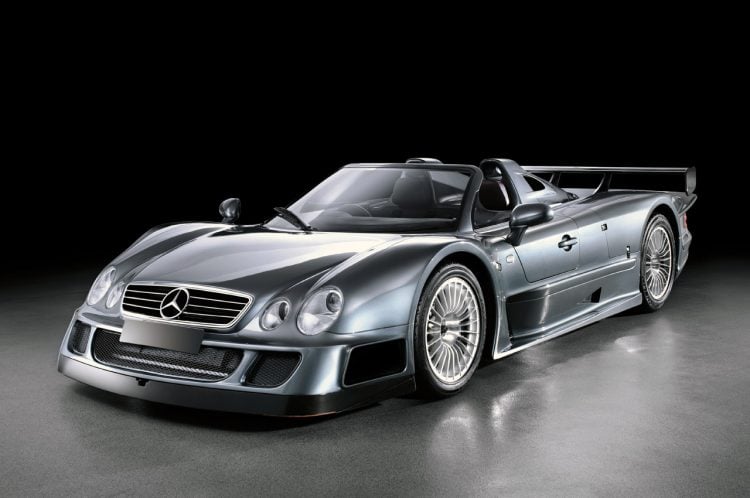 Few car brands are as iconic and legendary as Mercedes-Benz. One of its founders, Karl Benz, created what is considered to be the world’s first car powered by gasoline. Mercedes-Benz has been an innovator in the car industry since its earliest days, and today the company’s cars are regarded as high profile, luxurious, and stylish status symbols. Vehicles produced by the automaker don’t just look good, they’re also reliable, long lasting, and powerful performers.

Here is a list of our picks for ten of the top Mercedes models ever created. Picture a car today that has 507 ft-lbs of torque and 300 hp — that would be pretty impressive in 2016. Now, imagine a car with the same specs over 85 years ago in 1930. The Mercedes-Benz 710 SSK Trossi Roadster was well beyond its time, and the car must have blown people’s minds in a day when most vehicles didn’t even have one-third of its power. This model had a 7.0 liter straight six supercharged engine and could reach a speed of 120 miles per hour, which was also outstanding in the early 30s. The most noticeable thing about the 1936 500K is its jaw dropping, classic, gorgeous style. This is what top of the line classic cars should look like in the minds of many, and there’s no shortage of sophistication in its profile. To add to that, this car was one of the speediest on the planet when it debuted. The 1936 Mercedes-Benz 500K also featured a third fold out seat — which Mercedes-Benz labeled the mother in law seat — where the trunk would normally be and a 7.0 or 7.1 liter engine. It’s a rarity because just 150 500Ks were produced, making this model a hot collector’s item. Mercedez-Benz developed the gullwing door just for this model, and of course other automakers adapted it later on for their own creations. The 1954 300 SL was flashy and eye catching by nature of its design, and the gullwing doors were invented simply so drivers and passengers could easily get in and out of the car. As a result of its engineering, the 300 SL is now one of the most legendary sportscars of all time. Mercedes-Benz’s 1966 W110 was definitely a looker and it was classy to be sure, but the significant thing about the model is it’s the first car to feature a crumple zone. Making cars for safe was a top goal of the brand, so Mercedes-Benz engineers came up with a crumple zone feature to make their cars safer during accidents. The feature reduced the chance of fatal and serious injuries by absorbing a significant amount of the forces from the impact of crashes. It’s just one of the many ingenious things that the automaker has come up with over the years. After the WWII period was over, Mercedes-Benz was nearly decimated — about 85 percent of its factories and facilities were destroyed in the war. Still, the company pulled it together and managed to create the W114, its first model to come out post-war. This model proved that in spite of everything, the brand hadn’t lost even an ounce of what made it one of the greatest automakers in the world. By the time this model’s production run ended in 1976, over 1.9 million of the cars had been built. The W114 was also the first Mercedes to include a fully electronic fuel injection system. Most people are familiar with the S Class series today. The cars were made to be comfortable and pleasurable to drive, but also powerful performers that are technologically advanced. This model also had improved aerodynamics and a sleeker profile than its predecessor. The Mercedes W126 was the most successful and best selling model in the S Class line and it also had the longest production run of any S Class, topping out at 12 years. People still seek out these cars from the 70s to drive today as they do great in the test of time. The Mercedes-Benz W123 is a car that is nearly indestructible. This model just keeps on going no matter how much time passes, all without falling apart. Best of all, its classic profile still looks good and repairs are fairly simple. People around the world love the diesel powered W123, especially those in countries with terrible roads — pot holes can do nothing to this beauty. This successor to the 300E had better performance and developed a reputation for being the world’s four door Porsche when it premiered. Why? Because Porsche was working on making a four-door model, but then scrapped their project. In came Mercedes in 1991 with the 500E, which the masses loved. It was a car that you could drive to work during the week and then hit the roads for pleasure during your leisure, and it oozed style. The Mercedes CLK GTR was first and foremost a car that was meant to compete on the race track. It excelled, and so the public started clamoring to get their hands on a street version. Two years after it first appeared in a race, the CLK GTR was made available for sale in a limited production run. This car not only looks fantastic and is beyond powerful, it’s really expensive. When it first came out, the Mercedes-Benz CLK GTR had a price tag of $1.55 million, making it the most expensive production model on the planet at the time. This is another pricey model from Mercedes, but few would dispute that it’s worth every penny. The gorgeous 2009 Mercedes-Benz SLR McLaren has it all: turbine shaped wheels, a host of tech and amenities, and a 5.4 liter supercharged V8 engine that produces 617hp. Plus, what’s not to love about this supercar’s profile and aesthetics? Even the doors on this car are head turning.