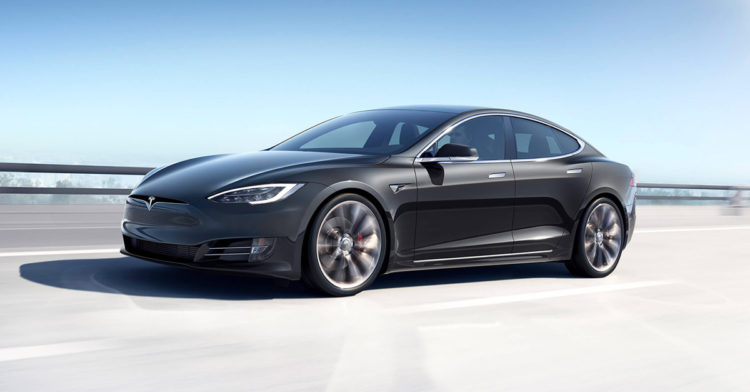 Tesla’s vehicles are among the most innovative when it comes to technology and they’re known for focusing upon fuel efficiency, and most recently, talk has centered around their affordability. The cars and SUVs the brand is building have been quoted as coming out soon for pre-destination order prices of $35,000 for a Model 3 and $39,000 for a Model Y, and while this certainly sounds reasonable, by the time that you do the math and complete the contract with all of the optional bells and whistles, the cost is much higher. We’ve reviewed the new lineup of Tesla’s coming out to get an idea of what they cost, and you might be surprised to learn what the most expensive Tesla made today actually costs and what you get for your money.

The 2019 Model S Tesla has a starting price of $75,000, that is if you want to base model without all the bells and whistles. When it’s all decked out with the available upgrades and options, the full meal deal will run you about $205,820, making it the most expensive model that the brand offers to date.

Why this car can be so expensive

The price tag can nearly double for the Model S, depending on the upgrades that you stipulate upon order. In fact, all of the upgrades available amount to more than $82,000, which is the cost of a bare-bones basic 2019 Model S. You can plan on spending an extra $600 for LED lighting for the interior, which is the least expensive upgrade offered on the new Tesla Model S. If you want a made to order, bespoke interior, it will cost you an extra $25,000.

Will there be a more expensive Tesla coming out?

While $205,000 is steep, even for a fully-loaded vehicle, the Tesla Model S could be replaced in the coming year as the most expensive model that the brand has to offer. We recently became aware of a concept car that was introduced nearly two years

The new Tesla Roadster for 2020

The Roadster for 2020 is not yet in production but when it does make it to the lines, it could very well be the most expensive model. When the first Tesla Roadster was released for sale, it was a milestone in automotive technology with an all-electric platform. This vehicle kicked off the intense competition among auto-makers to develop the best electric cars which would deliver unheard of mileage on a single charge as well as comfort, power, and high performance. Hybrids which use a combination of both petroleum fuel and gasoline or diesel were still preferred by some as the all-electric cars did come with some limitations and drawbacks, namely, the need to find a charging station or the long wait while the vehicle remained plugged in and recharging. The expected price tag for the new 2020 Tesla Roadster would start at $200,000, and go upwards from there, depending on the variant as well as the options chosen. This would make it Tesla’s most expensive car.

What you would get for a starting price of $200K

The new 2020 Tesla Roadster was first shown towards the end of 2017. Elon Musk threw out an estimate of 1.9 seconds for a zero for 60 mph trial run with the achievement of a top speed that exceeded 250 mph. He ventured that the standard model would come with all-wheel drive with an electric motor at the rear of the vehicle and one at the front for the all-wheel-drive feature. Of course, we all know that with where we are in automotive technology at this point in time, it means that the run time on a full charge will be shorter if more power is used. It’s been predicted that the new four-seat Roadster is going to be a bit short on legroom from all appearances, but it will have an area for storage behind the center console, as well as a big touchscreen, but it’s still in the concept stage and until it hits the showroom floor, it’s all a matter of supposition.

As it stands, the most expensive Tesla model is the 2019 Model S, fully loaded with all of the available options. This could change in the next year or so, but until we receive a definite confirmation that Tesla is going to follow through on their Roadster concept for 2020, the Model S stands firmly in the lead. Although the model X runs a close second in price, it is the S which can be fully packed to take the prize and maintain the lead as the most expensive Tesla currently available for sale. Of course, you could cut the cost by more than half by going down to the bare-bones base model, but it’s hard to turn down the opportunity to own a car that comes so close to perfection.