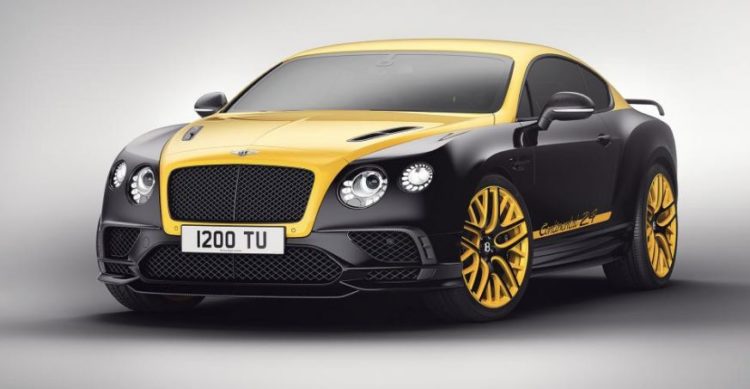 The Mulliner automakers are responsible for the production of Bentley vehicles. They take pride in addressing the requirements of the discerning palates of Bentley drivers on an individual basis with responsive determination to satisfy both need and preference. The team of design and assembly professionals work attentively with their teams to deliver special edition vehicles which reach levels of near perfection. For your enjoyment and consideration, here are the top five special editions Bentley models of all time. The Continental T is among the rarest of Bentley special edition models with just 10 in production. They were built in 1998. This long car is 5.22 meters in length. Under the bonnet it is powered by a V8 engine with a 6.75 capacity for 875 Newtonmeters of torque and 420 bhp. It reaches a top speed of 270 km per hour. Bentley offered a special color series for this special limited edition and this model is adorned with a “chatsworth” plaquette on the rear with the “Chatsworth” logo neatly stitched on the front and rear seats. Th chrome on this vehicle is finished with black with a dark colored ash wooden lay in for the interior and plaquettes in the threshold. This car is made to celebrate the 24 hour long race of the Nurburgring in which the Bentley Continental GT3 #38 participated in. It earned the sixteenth position in the grueling race. In commemoration of the event, Bentley produced just 24 of the Continental 24 cars, in this special limited edition vehicle that produced one auto for each hour of the race. The 24 is a super sports edition that features 700 horsepower in a coupe format with limited edition colors. The coupes are only available for purchase in Europe currently. The racy two tone paint job is inspired by the colors of the cars that were used in the race and include St. James Red over black Crystal and Monaco Yellow over Black Crystal. This gives them a fast and aggressive appearance. These aren’t just looks because this racy car reaches 60 miles per hour in just 3.4 seconds with a top speed of 209 mph. The special stitching in the headrests with matching signatures of “Continental 24” on the door sills gives it a unique touch that distinguishes this special edition from all others. In case you’re wondering, the price tag for this car starts at $281,750 and bentley only plans to produce 710 total in this edition. The Mulsanne Majestic is Bentley’s limited edition model that was created exclusively for clients living in the Middle East with only 15 autos ever produced. Five of these vehicles went to the Kingdom of Saudi Arabia, five to the United Arab Emirates and the other five went to the State of Qatar. These high end luxury vehicles were custom designed with the clients in mind and deliver high in the approach that Bentley is known for taking when it comes to producing the finest luxury vehicles. And the word is uncompromising. This limited edition Bentley is inspired by the yachting industry and was designed under the advisement of the Princess Yachts design specialists of Great Britain. It is crafted to resemble the sleekness of the modern luxury yachts which sail the seas. Both interior and exterior design features are reminiscent of a yachting adventure. The company manufactured just 30 cars in this edition. When Captain Woolf Barnato made a bet at the Carlton Hotel in Cannes, he was sure of the car that he would be racing. He was a member of the “Bentley Boys” and he figured that he could beat the Blue Train back to the city of Calais. He won the bet and beat the train by four minutes. This limited edition Blue Train Mulsanne by is a rare Bentley with only four ever built. It is made in honor of the famous race that Barnato won in 1930. One car was built for every minute that he was ahead of the train at the finish line. The last of these rare vehicles was produced in 2006. After the first run of the special edition, there were other variations of the Blue Train line built under various different submodels, but even these were limited to a production of just 36 vehicles total with the majority of them being sold in the United States.