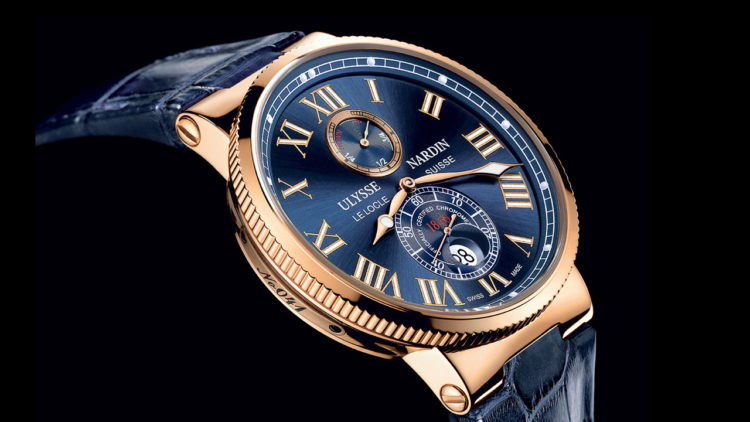 Ulysse Nardin has been making watches for a long time. One of the best examples of their products is the Maxi Marine. The modern-day example of this watch is something to behold, that’s for sure. If you want to know about it, keep reading to find out ten things you might not have already known.

Ulysse Nardin is a top watchmaker who’s been around the block a time or two. They started making watches back in the 1800s. Even then, the time pieces they made were both elaborate and highly functional. They were certainly not watches that were hastily designed or manufactured. The company still operates in largely the same manner today.

2. They’re based in Switzerland

The exact location is known as Le Locle, Switzerland. The fact that they’ve been in the same location for so long should speak volumes about the quality of their product. As a matter of fact, the company has been manufacturing watches out of the same building since it got its start all the way back in 1846. There aren’t many other companies around the world that can make a similar claim, that’s for sure.

3. The company has a long and honorable history

When they first started making watches, they were doing so almost exclusively for navy divers. It’s important to note here that it wasn’t just the Swiss Navy they were making these watches for. Even in their early days, they were routinely making functional watches that could realistically be worn by more than 50 different navies across the globe.

4. The Maxi Marine is made from titanium

This particular watch is made from one of the strongest metals found on the planet, titanium. They don’t make this watch out of titanium for the sake of making it different. Their goals is not to stand out from the crowd just because they do something different, but because they do it better. That is precisely why titanium was chosen as the base metal for this watch. It makes a strong product that can take a lot of punishment, something that will be a near-daily event for the people who wear this watch.

5. It even tells you how much power reserve is left

The watch has a twelve hour power reserve, which is easily one of the best ratings of any similar product out there. The thing that really makes it different is that it also has an indicator on the dial that tells you exactly how much time you have left in the power reserve, so you never have to guess. 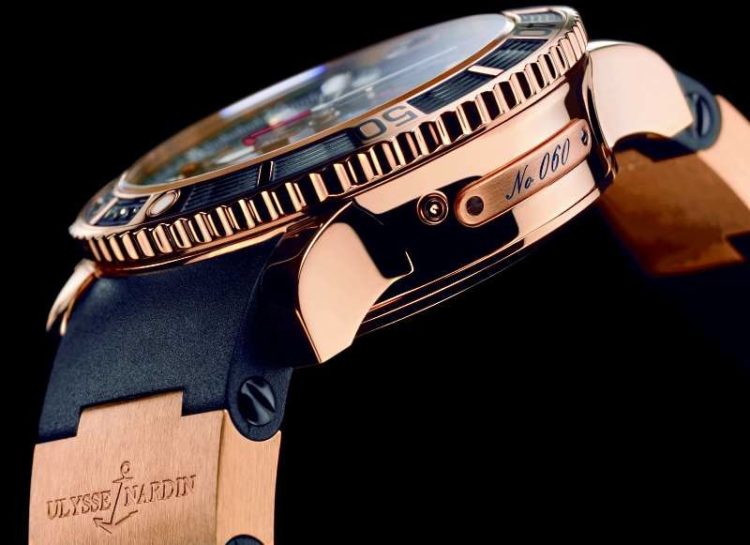 6. The back opens so you can see it working

You might think that this seems rather counterproductive in a watch that is designed for divers. After all, a watch that is routinely under water may not do so well when the back is designed to open up. Perhaps that would be true if you were talking about some other watch made by another company. In this case, it makes perfect sense. You can open the back and see everything that’s going on. Whenever you close it, it closes with a water-tight seal that allows it to perform flawlessly.

7. It incorporates both form and function

This is a watch that features a bezel made out of 18-karat gold, not to mention the sapphire crystal. That being said, it’s also a watch that’s designed to go all the way down to 200 meters without losing a single second. That sapphire crystal is even special, as it’s specially made to be anti-reflective. That way, there’s nothin on the watch itself that might give the locations of divers away when they need to be discreet.

8. You don’t need to keep winding it up

This is what’s known as an automatic watch. There are some watches out there that you have to continuously wind up, day in and day out. That’s definitely not the case here. Instead, you have the twelve hour power reserve and the automatic watch that just keeps on going, hour after hour.

It’s important to remember that this is not an entirely new design. Instead, you might think of it as a serious upgrade to an old favorite, something that the company has been perfecting for many decades. The changes are mainly due to the availability of newer materials that only serve to enhance the overall quality of the watch.

10. Take your pick when it comes to the wristband

You even have a couple of different choices here. There is a titanium strap or one that is made from rubber and features 18-karat gold elements. You can choose the one that you think will best suit your needs.