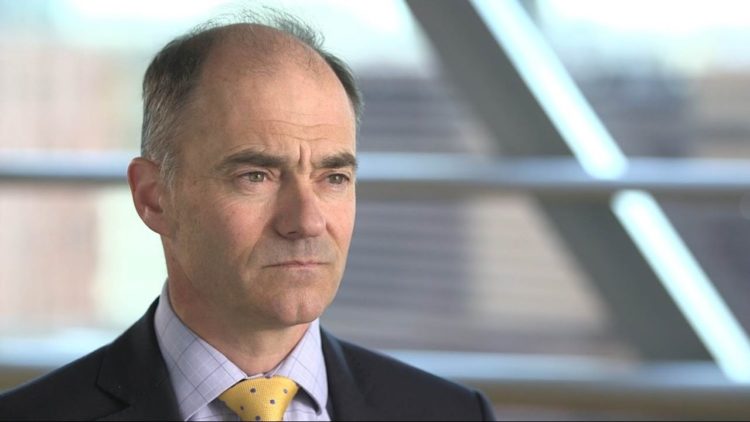 Warren East is a name that is associated with class and style. He is a British executive who leads the Rolls-Royce holdings company. This is the same UK engine manufacturer known for developing and producing some of the best engines for the automotive and aerospace industry in the world. Mr. East is a notable figure in the UK business world. Here are 10 interesting facts about him that you might not know.

Warren East, as he is known, actually has a much longer name. He was born David Warren Arthur East. He was born on October 27, 1961. He will shortly turn 59 years of age. His formal name may be a bit confusing for some, but he is more commonly known as Warren.

2. He holds a prestigious position

Rolls Royce is a leading engine manufacturer. The very name of the brand is associated with luxury, prestige and expensive products. He serves in the capacity of chief executive officer of the company. It took him several years of career building to aspire to this status.

3. Warren East was educated in the UK

Warren East didn’t just fall into an executive leadership position for Rolls Royce Holdings, Inc. Prior to ascending to this post, he spent time building a track record of success at other companies. He worked his way to the top level of management. He joined Rolls-Royce Holdings as a non-executive director in 2014. He also served as the chair of the technology committee for the board. He was appointed as the CEO upon the retirement of John Rishton in 2015.

5. He worked at Texas Instruments

Warren East launched his professional career at the Texas Instruments chip making company. He spent 11 years with the business, before leaving in 1994 to pursue other options. He became a member of the British fabless manufacturing microprocessor ARM Holdings in 1994. He began as the VP of business operations, then became a member of the board and chief operating officer in 2001. He remained at the post until July of 2013.

East’s leadership has been nothing short of impressive. He has earned several distinguished awards for his contributions and service in executive leadership. In 2014, his service to the tech industry earned him an appointment as Commander of the Order of the British Empire. In 2007, Mr. East was elected as a Fellow of the Royal Academy of Engineering. In 2013 he was named as a Distinguished Fellow of the British Computer Society. In addition to this he was chosen to present the Higginson Lecture at Durham University. Most recently, he was named a Fellow of the Royal Society, in 2017, and a Companion of the Chartered Management Institute. He is one of the most celebrated engineers and leaders in the UK.

We also learned that Warren East has appeared in two different television series recently. In 2018, he made a guest appearance in several episodes of “ITV Lunchtime News” as himself, in the capacity of the Chief Executive of Rolls-Royce. He has also made appearances as himself in the role of Chief Executive of Rolls-Royce on the television series “Central Tonight.” He is somewhat of a celebrity as well as being a respected business executive.

Mr. East was affectionately named “Big Shot of the Week.” The online news report highlighted an atypical day in the professional life of Warren, and gave an overview of how he behaves when he’s all business and has a big fish to fry, so to speak.

9. He dresses up for important events

In the news article that we read about Mr. East, we learned that there are certain times when he makes himself look extra spiffy. He makes sure that he wears his best suit, he shines his shoes, wears his RR logo cufflinks, replacing his traditional Welsh dragon cufflinks. This alerts everyone who works in the offices under his command that there is something big going on within the company. He has been termed “the right guy at the right time” for a reason. He knows how to effectively bail a faltering company out of a downward spiral into massive losses. He turned around RR financials and redeemed the several billion dollar loss from the previous year to set their feet on solid ground with more than 9 billion in British pounds to the good.

10. When he’s not at work, Warren is a regular guy

Warren East is not the kind of guy to dress up in his fancy attire unless he has a good reason for doing so. It’s been reported that his usual business attire includes slacks, and a blue shirt. He dives a Volvo and eats his lunch in the cafeteria. When he’s away from the job, he attends church in Cambridge where he likes to play the organ. One would not suspect what this man has accomplished if you were not already aware of it. Mr. East doesn’t go around bragging about his accomplishments, although they do stand for themselves. He’s accomplished what some may consider to be the impossible and he did so within a one year period of time. Warren East is good for England and he’s definitely the current champion and hero at Rolls Royce Holdings.