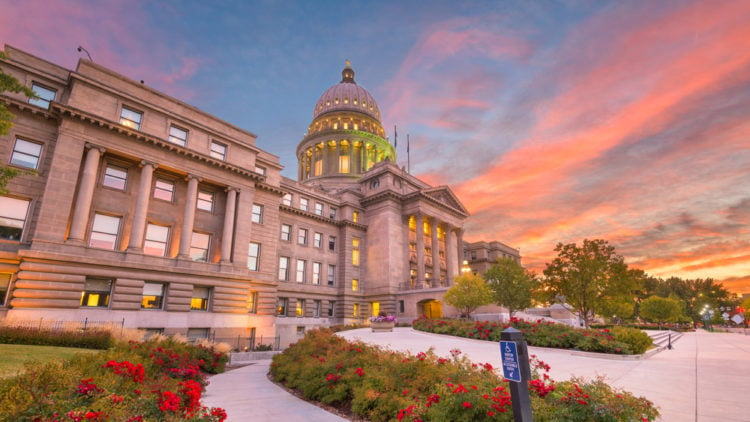 Idaho is a state in the Pacific Northwest that many idealize for its excellent scenery and opportunities for outdoor recreation. It’s the home of Hell’s Canyon on the Snake River, which is the deepest gorge in the United States. There are multiple mountain trails, and places to go fishing, hunting, and camping, and there are amazing places to get out and become one with nature. Although it’s the home of several tourist destinations, there are cities in Idaho that aren’t so great for the people who call them home. If you’re thinking about a move to Idaho, here are the places you should avoid in our list of the 20 worst cities in Idaho. 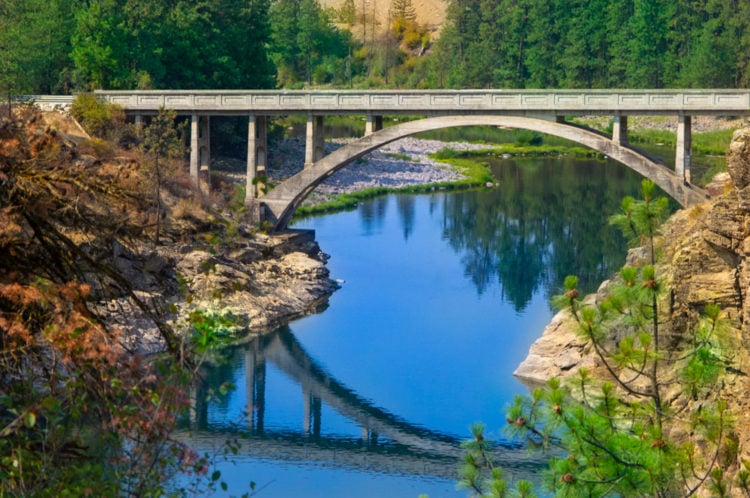 According to Burglary, Post Falls ranks among the ten most dangerous cities in the State of Idaho with regards to its crime rate. Post Falls is home to a population of 31,026 residents. Although it’s not a huge metropolitan area, the crime statistics show that 2,675 out of 100,000 people become the victims of a crime. That breaks down to a 2.7 chance in 100 of having a crime committed against you. 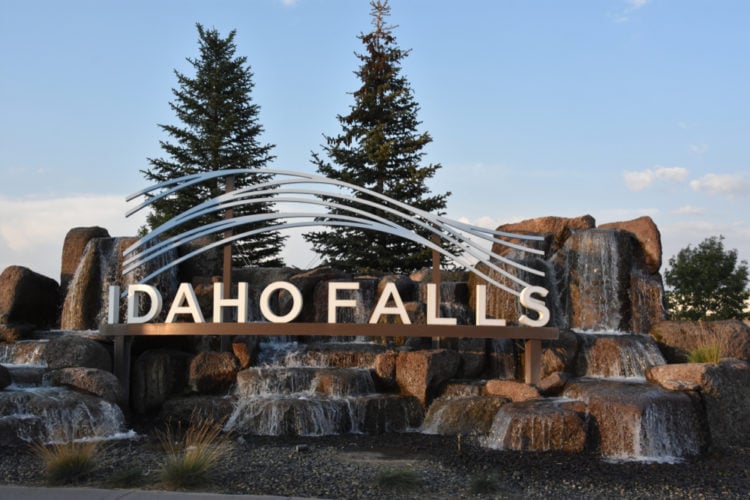 Idaho Falls is a lovely scenic place to live. It’s larger than Post Falls with a population of 59,615 locals. Burglary reports that Idaho Falls is becoming more dangerous each year. The FBI’s report on crime shows that 2,717 out of 100,000 crimes were reported for the past 12 months. You’re chances of having a violent crime or property crime are slightly higher in Idaho Falls than in Post Falls. 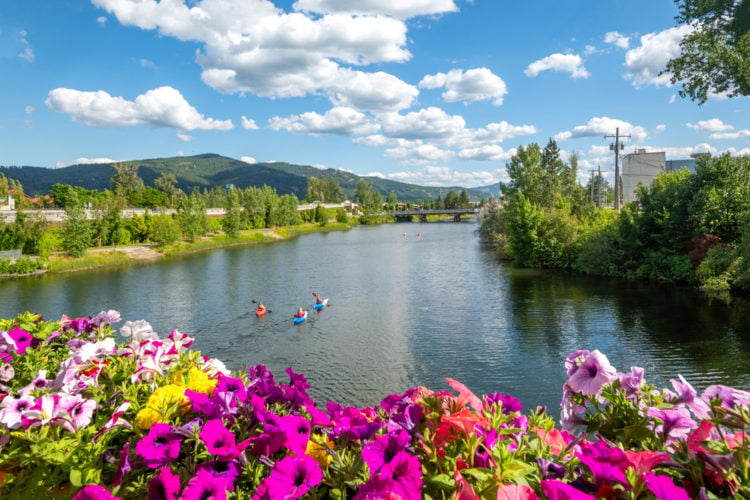 Sandpoint is a much smaller city with just 7,931 people living within its borders. While it may look like a safe and fun place to live, the beautiful surroundings are deceptive. Sandpoint has a problem with property and violent crimes. Local law enforcement reports that for every 100,000 persons, there are 3,001 crimes committed. Your chances of getting mugged, robbed, or assaulted are 3 in 100 according to Burglary’s warning. 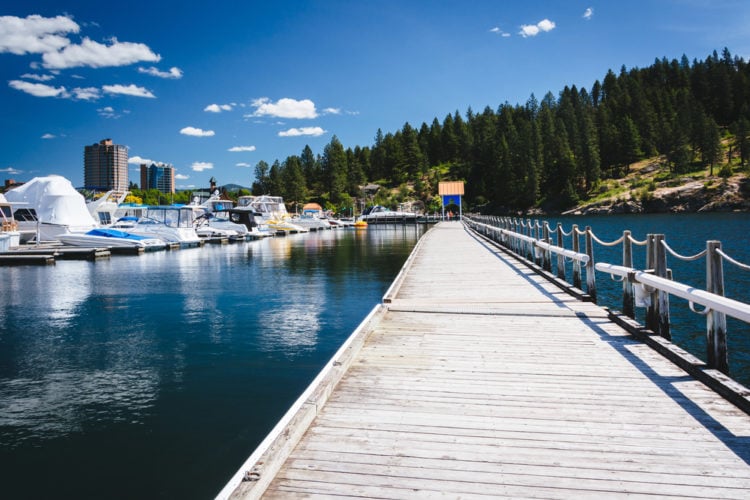 If you were disappointed with Sandpoint’s crime rates then you’ll want to avoid Coeur d’Alene. The city is a moderately large sized place with a few good neighborhoods, but overall, it’s a dangerous place to live. Burglary warns that 50,155 people are living in Coeur d’Alene. For every 100,000 persons, 3,172 crimes take place. The odds of becoming a property crime victim are higher than the violent crime rate, but it’s still unpleasant to have your items stolen by thieves. 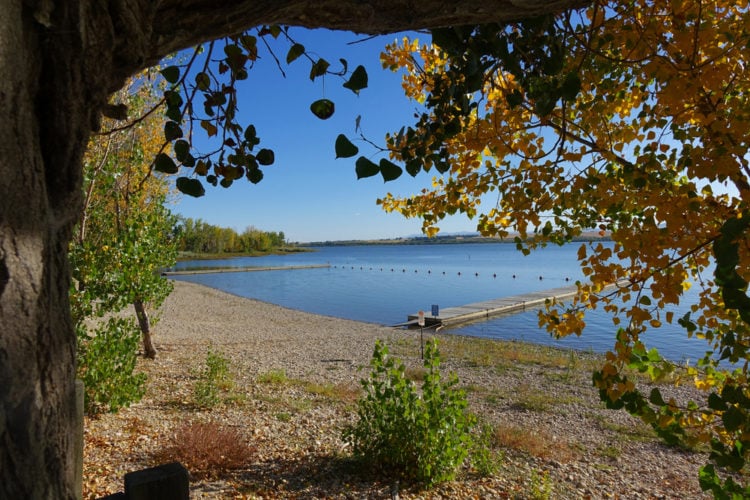 Nampa is a larger city in the state of Idaho. If you like metropolitan living with several rural neighborhoods thrown into the mix, it’s a great place to live. When you take a look at the FBI’s crime report according to Burglary.com, it loses much of its appeal. In the past 12 months, there were 3,251 crimes committed for every 100,000 persons statistically. Your chances of becoming a crime victim are 3.3 in 100 in Nampa. 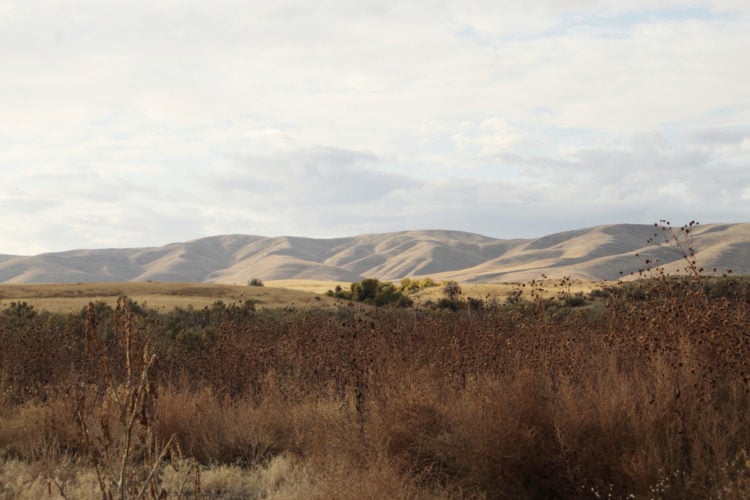 Weiser is a small town in Idaho that is known for its annual Bluegrass Festival. Musicians gather to share their music and their expertise, giving lessons, trading instruments, buying, selling, and having a grand time. The fun and excitement of the festival, however, doesn’t make up for the fact that Weiser is one of the worst places in Idaho to make your home. According to KTVB 7, the city has the worst unemployment rates in the entire state of Idaho. Its location is about 76 miles north of Boise and it’s a long way from workplaces with long commute times and the household incomes are below the state average. These factors landed Weiser on our list of worst cities in Idaho to live in. 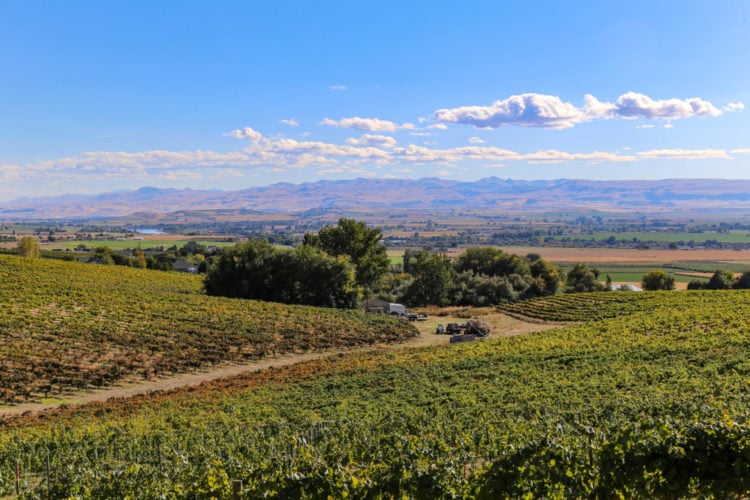 KTVB’s studies on livability also revealed that Caldwell is not much if any better than Weiser. The unemployment rates in Caldwell are high and the average household income is low. It’s hard to find work and when you do, the pay is low. Residents of Caldwell also worry about the high rate of property crimes in the area. This makes it an undesirable place to put down roots. 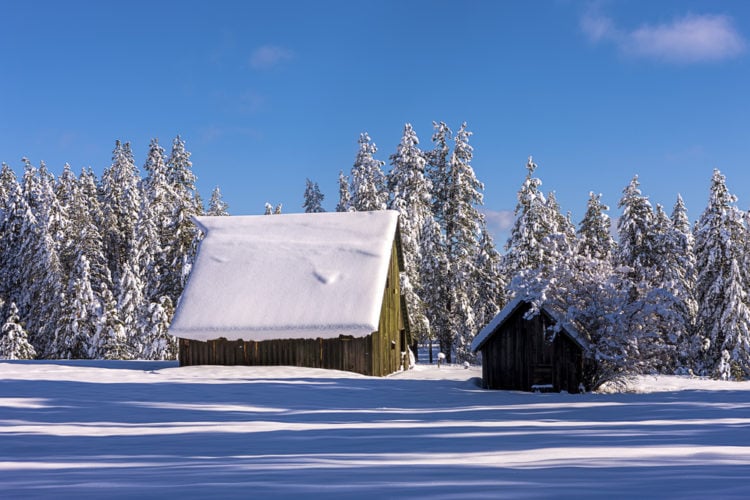 Hayden is a city that is known for its lack of diversity and tolerance of people who share differences in world-view or cultural heritage. This has been a longstanding reputation the town has earned, but it’s also tough to find gainful employment in Hayden. Between the high unemployment rate, the lack of diversity, and the moderately high crime rate, KTVB recommends passing on this area if you’re looking for a place to settle down. 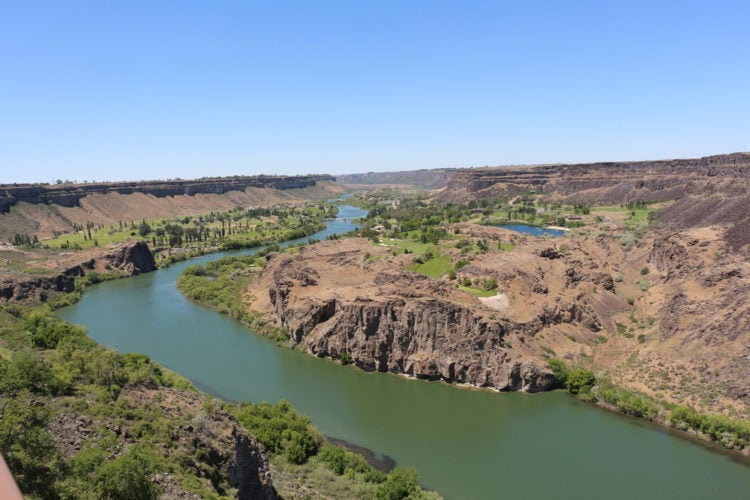 Jerome is another Treasure Valley city that shares similar features with Weiser, Caldwell, and Hayden. The crime statistics show that Jerome is a dangerous place to live. When you add the high unemployment rates and low earning of the median household, other cities offer greater safety and outlooks for prosperity. 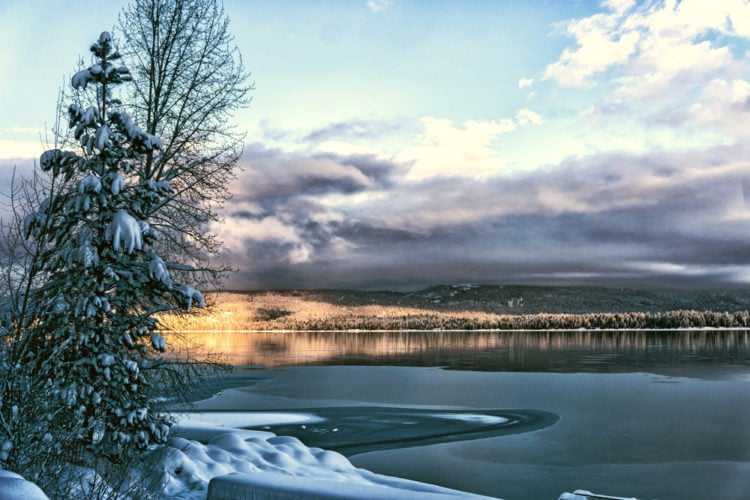 KTVB listed Payette as yet another Treasure Valley city in their study of poor livability scores. They rated the town as ninth on their list of the worst places in Idaho to live. The primary factors that motivated their inclusion of Payette on the list are the high crime statistics and rampant unemployment figures. It’s tough enough to make a living in Payette without compounding the fact with a high likelihood of getting robbed. Some wonderful people are living in Payette and the other four cities in this study, but the economics and criminal acts of a few spoil it for newcomers who fear for their safety. 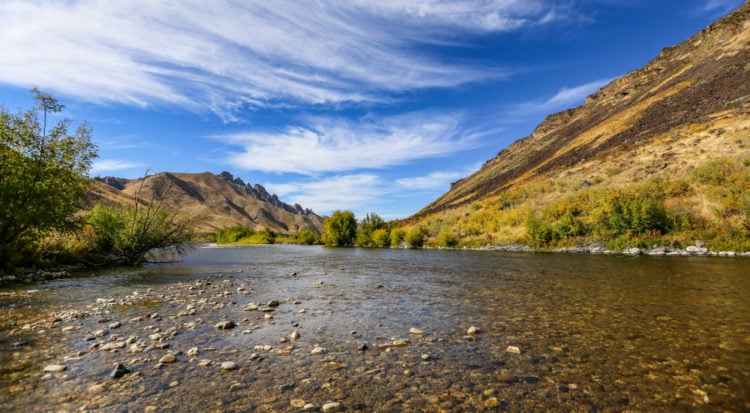 Mountain Home is a small town with a population of 13,998 residents. It’s located within a 45-minute drive of the greater metropolitan area of Boise. This town has the third-worst unemployment rate in the state of Idaho at 6.8 percent. The median home value is the 8th worst at $135,400, according to Road Snacks. Studies have shown that almost fifteen percent of the homes in the town are vacant. With a crime rate that is above the state average, there isn’t much incentive to move to Mountain Home. 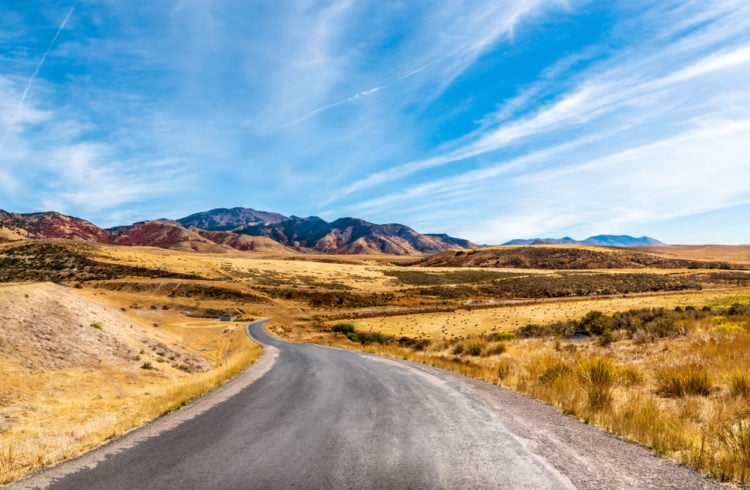 Pocatello is a larger city with a population base of 55,162 residents calling it home. The city has mode up on the list of worst cities to live in the state since last year. The unemployment rate is the fifth-worst in the state and the median home value is the eleventh worst. For a larger city in a beautiful area, one would expect the median home value to be more than $141,200. While it’s a buyer’s market, it’s tough to afford the down payment on an affordable home when it’s tough to find a job. The unemployment rate is 6.4 percent. While these aren’t the worst rankings in the state, the combination of these and the high levels of crime and poor education ratings make you think twice about putting down roots in Pocatello. There are cities in the state with far better ranking for education, jobs, and home values. 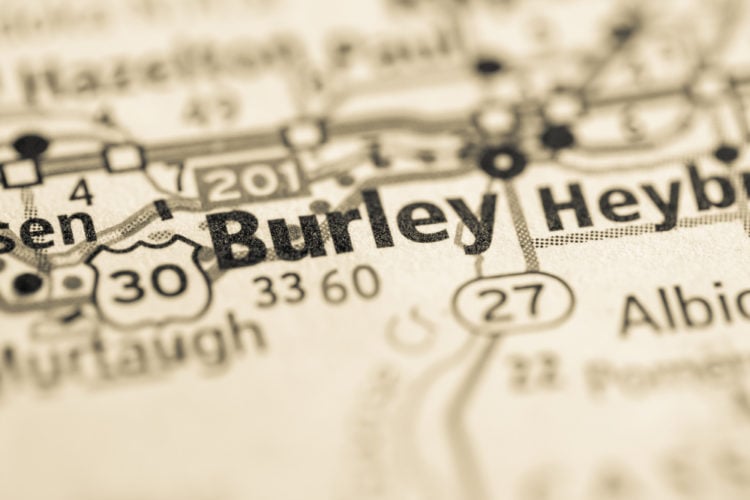 Road Snacks also lists Burley as a town that is on the decline. While the unemployment rate is just 2.5 percent, the median home value is a mere $118,300. The population of the town is only 10,373, and it offers a rural vibe for those who enjoy scenic views along with peace. The major issue with Burley is that the average family income is below the poverty line at $24,600 a year. While the home values are the fifth-worst in the State, Road Snacks lists them as the 8th worst city in Idaho to live in. The scenery doesn’t quite make up for the fact that Burley also has a high crime rate. 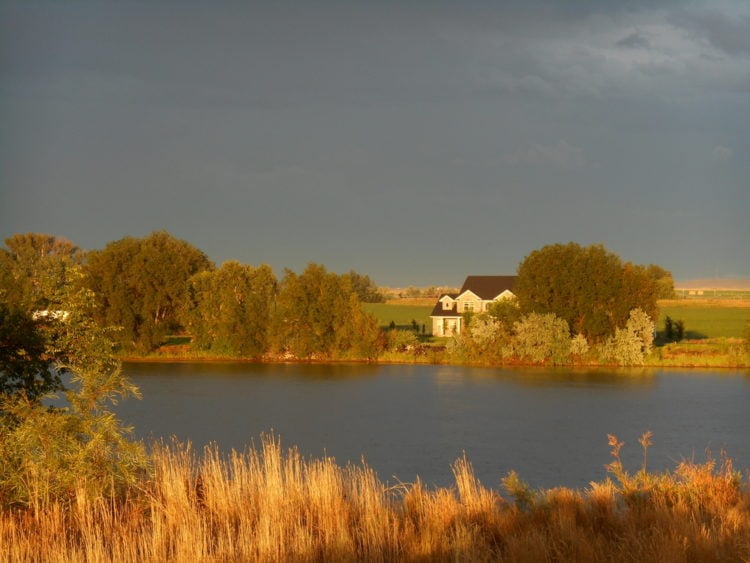 Rupert gets a 5 out of 10 on the desirability scale from Road Snacks. It’s the seventh-worst place in Idaho to live. The small town has a population of 5,782 residents and the unemployment rate is just 2.2 percent, but the median home value takes first place as the worst in the state. The median value of a home is only $97,400. Rupert is more of a wide spot in the road than a city because there are few places to go for entertainment. There isn’t much to do in Rupert and there certainly isn’t much demand for housing in the town. This tells us that people are not trying to get into the city. There isn’t much of a reason why anyone would want to live there. 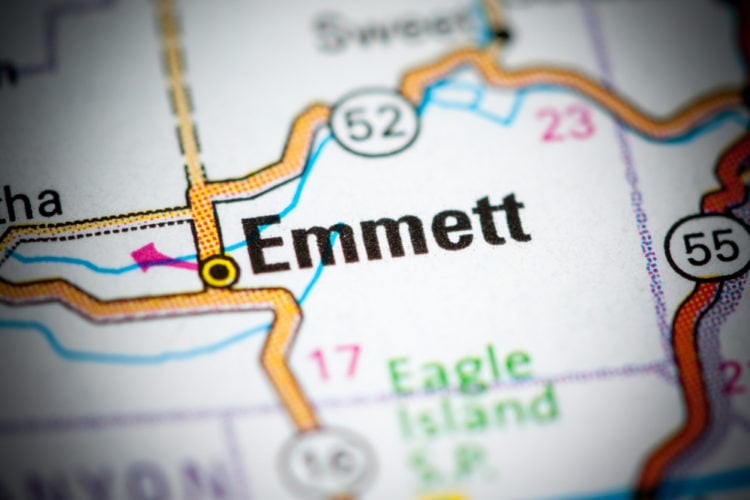 Emmett has made the naughty list for several resources we consulted. Road Snacks winds up their list of the worst places to live in Idaho with Emmett in their fourth position out of ten. We listed them as the sixth-worst. Emmett has the 10th worst unemployment rate at 5.7 percent and the 6th worst median home value at only $118,600. It’s a small town with a population of just 6,670 residents. There isn’t much to do because there aren’t many amenities in Emmett. It’s a 45-minute drive north of Boise and it’s fairly off the grid. Emmett has a high number of home vacancies and the income levels of most residents are below the poverty line. You have a long commute if you find work outside of Emmett. There are a lot of reasons why you wouldn’t want to move to this town. 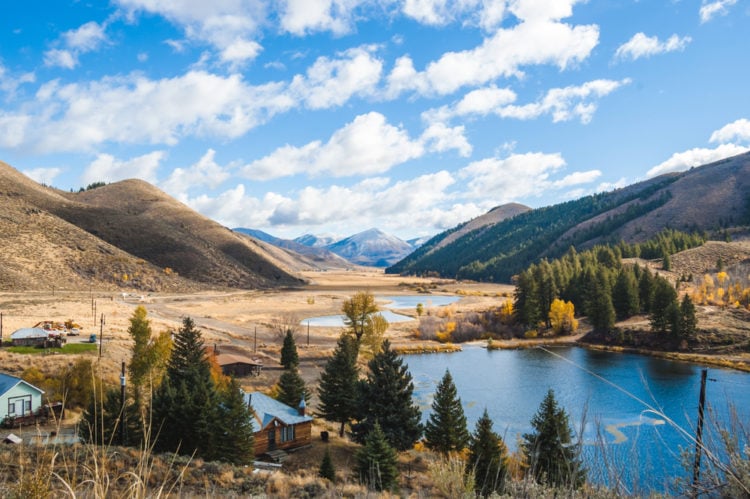 Hailey is on Zippia’s list of the worst cities in Idaho for women. According to their studies, women make 0.69 cents for every dollar that a man earns for the same kind of work. Only 34 percent of the management workforce is female and the poverty rate for women is nearly 19 percent. The rate of uninsured women is almost as high at 17.2 percent. If you think this is bad wait till you see the shocking numbers Zippia shares for the next four cities. 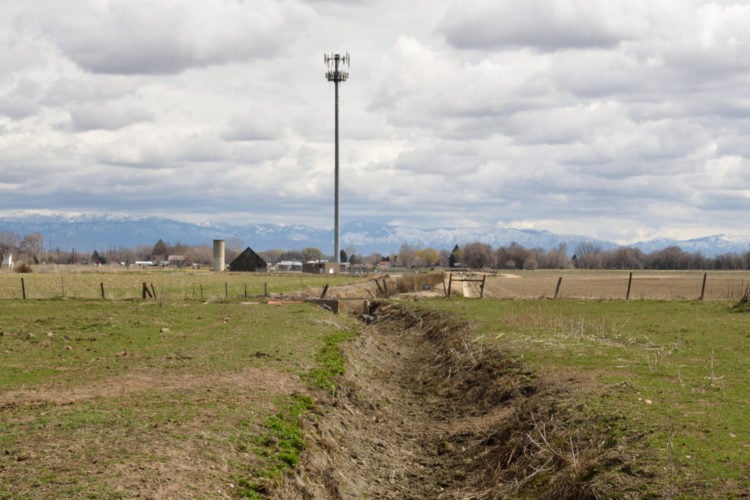 Middleton isn’t that bad for married women, but if you’re single, the poverty rates are shocking at 15.7 percent, and nearly 12 percent of single women are uninsured. While these are not good figures, on average, women make just 0.65 cents for every dollar earned by men for similar jobs. It’s not the best place for a woman on her own to settle and build a meaningful career. 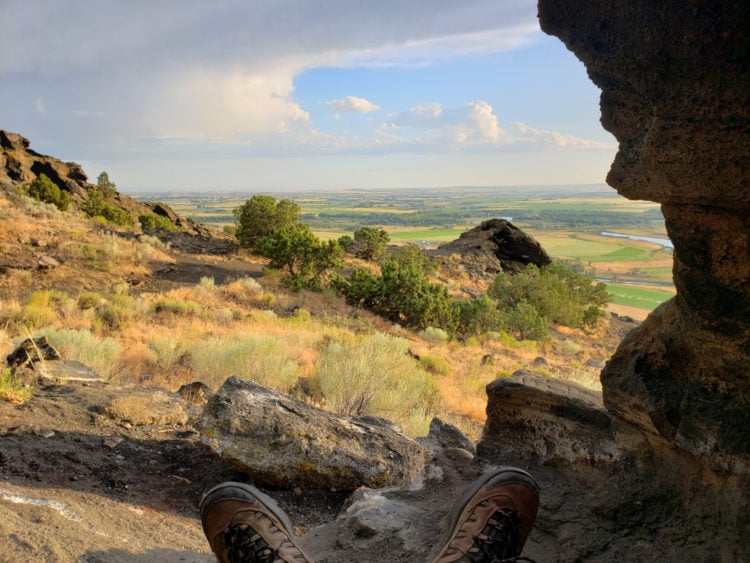 Rexburg is far worse than Middleton when it comes to a woman’s prospects for earning a decent living. When compared to the wage that men earn in Rexburg, women make just 0.52 cents for every dollar that a man makes for similar work. While only 6.9 percent of single women are uninsured, the poverty rate for single ladies is a disturbing 41.7 percent. Only 16.6 percent of the management workforce is comprised of women. 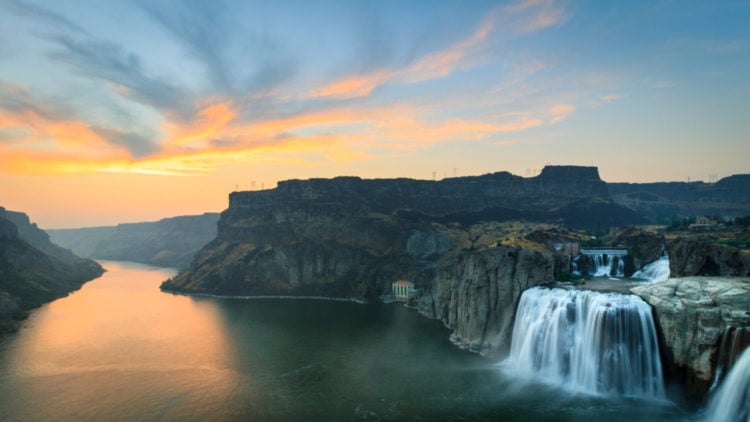 Twin Falls is even worse than the other three terrible cities for women workers. Women earn 0.51 cents on the dollar that men earn, which is the worst disparity in the state. In the management workforce, just 33.6 percent are women. The poverty rate for single women is 17.5 percent in Twin Falls and 12 percent of single women are uninsured. It’s tough to be a woman in Twin Falls, Idaho.

The number one worst place to live in the state of Idaho in Garden City. According to Area Vibes, the rate of violent crimes in Garden City is 16 percent higher than the national average. The odds of becoming the victim of a crime are 1 in 38, which is frighteningly high. Garden City is one of the most dangerous cities in the nation and there are far safer places to live in Idaho. 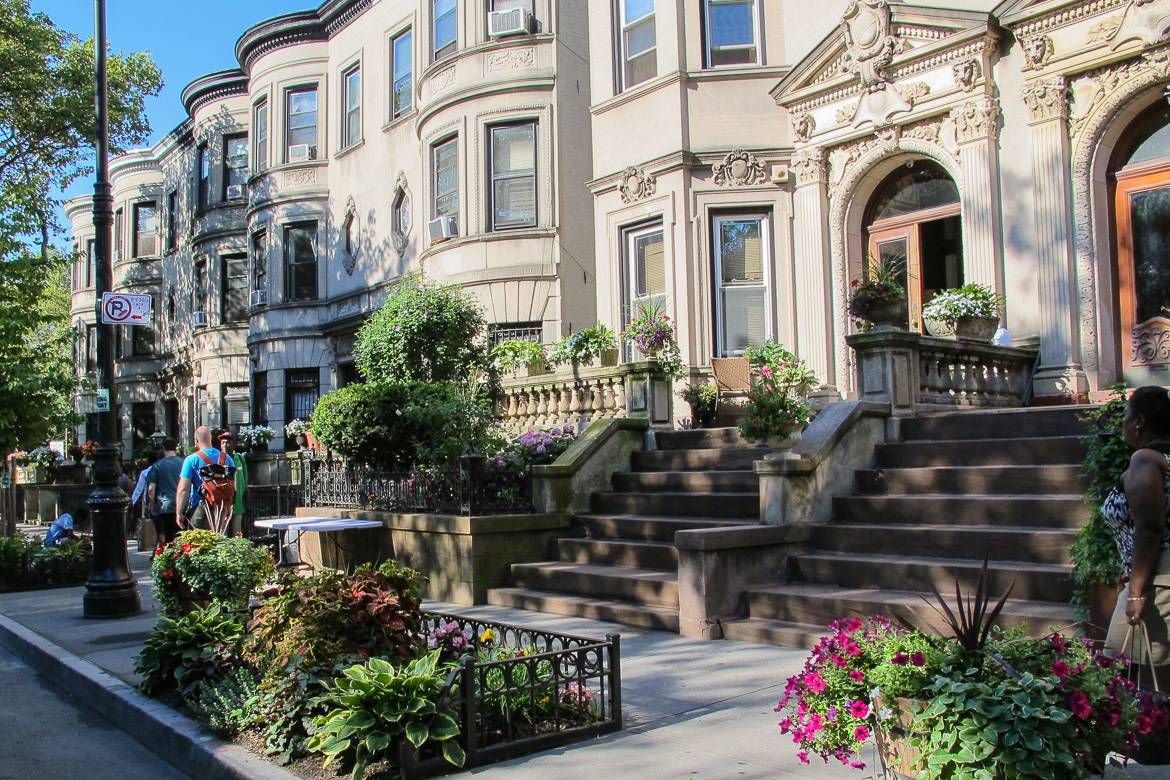 Brooklyn is a borough of New York City that is divided… 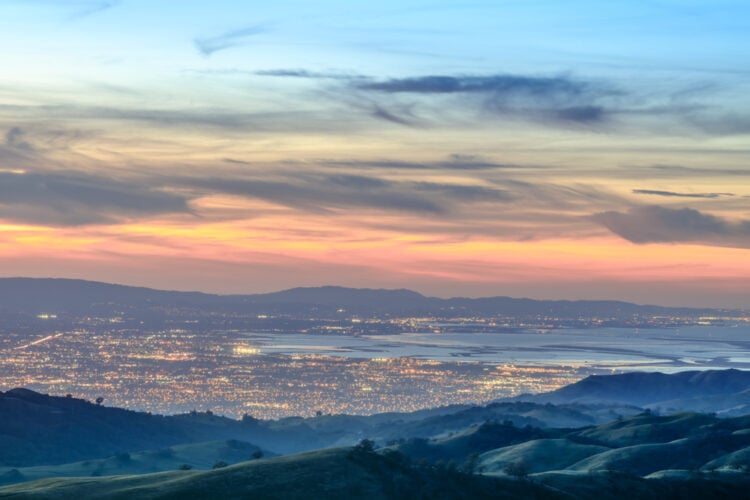 People are very interested in both what other people earn and… 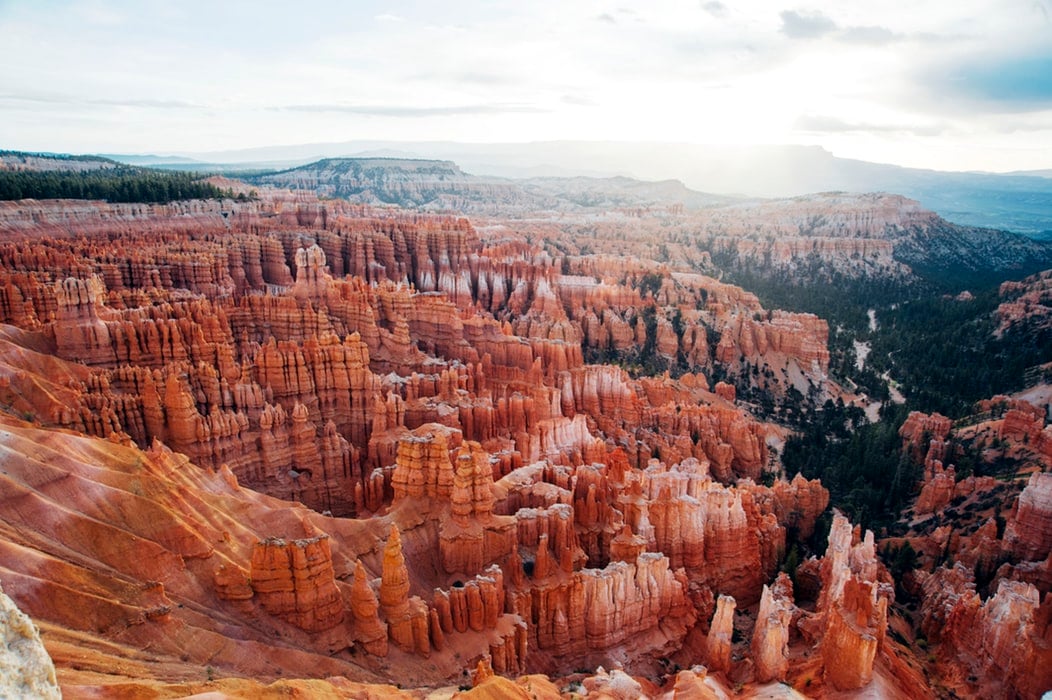 Nashville is a diverse city with each of its neighborhoods and… 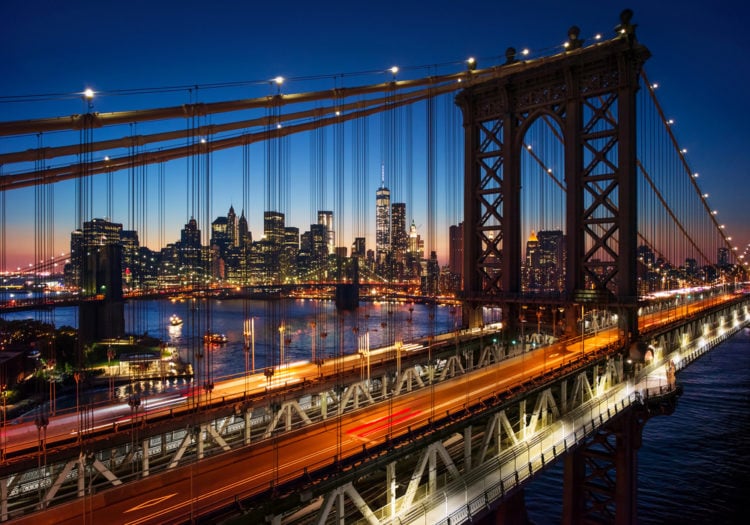