Home
Real Estate
The 20 Worst Places to Live in Massachusetts 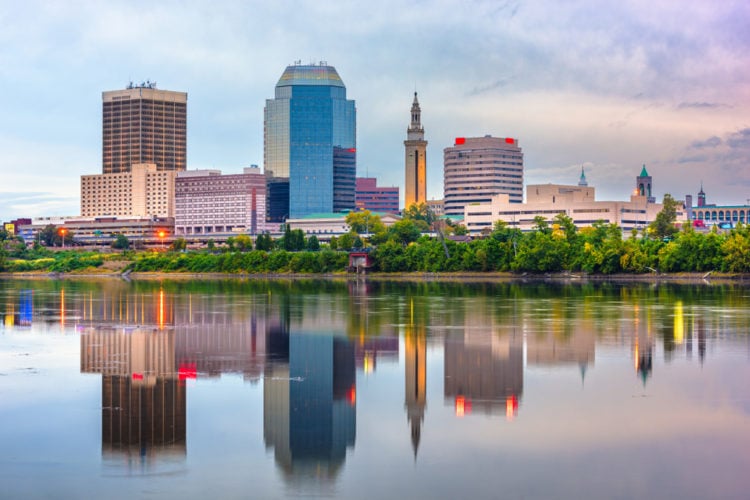 If you’re planning to move to the state of Massachusetts to start a new job and set down roots, it’s important to start thinking about the best places to settle. If you have a family with kids, public schools are a concern. Everyone needs a safe place to live, so this means that crime rates are also considerations. We all want to live in the best possible environment where we can grow and thrive, but some cities are better than others. We’ve ranked our list of the 20 worst places to live in Massachusetts by the overall quality of life and set the criteria of crime rates, meaningful employment prospects, public education, home values, and affordability. These are the cities you will probably want to avoid because each has a miserable livability score for one or more of the reasons listed above. 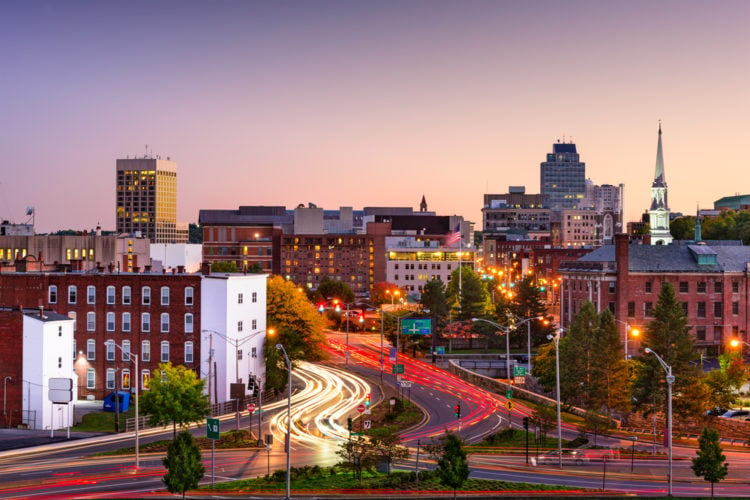 Singhlaw4u cites Worcester as one of the most dangerous cities in the state of Massachusetts. They provide the data for the 20th worst place to live along with several others to avoid. Worcester is New England’s second-largest city. Although it’s known as the heart of the commonwealth, it’s ranked as the 12th in property crimes and 11th in violent crimes. The city does have its positives such as plenty of amenities, but it’s not safe to walk the streets after dark, so why would you want to live there? 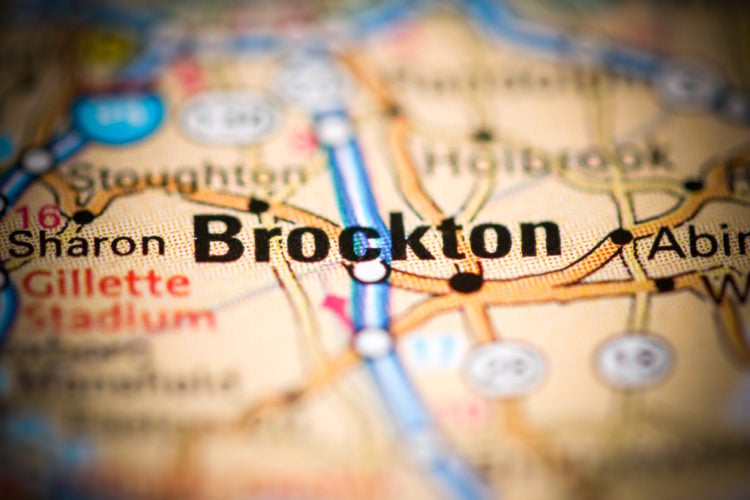 Brockton is located in the eastern region of Massachusetts. Brockton is ranked as the 17th highest in property crimes, but it’s the 4th worst when it comes to violent crimes. It’s terrible to suffer a loss due to theft, but things can be replaced and people can’t. Brockton isn’t an ideal choice for raising a family with small children. Brockton has its pros and cons. While it’s not the worst city in the state, it’s definitely in the top 20 rankings. 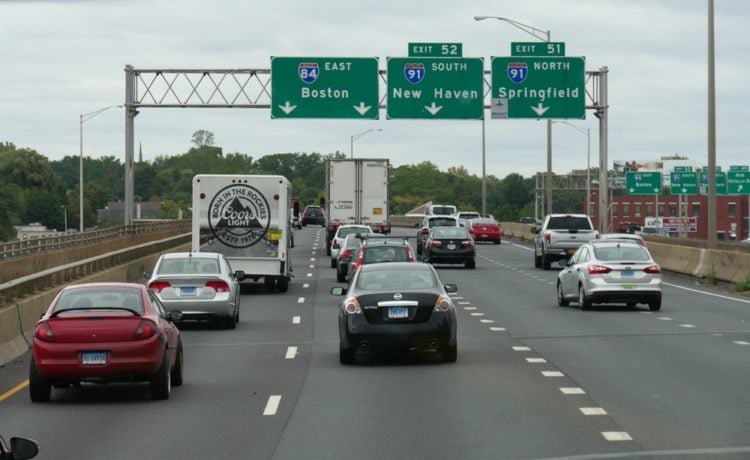 West Springfield is in a lovely area to the west of the Connecticut River. While the violent crime rate for West Springfield puts it in the 19th worst position, this city ranks 2nd in property crimes. The odds of becoming the victim of a theft or robbery is substantial. it’s earned a place as our 18th worst city because of the rampant theft that is reported annually. 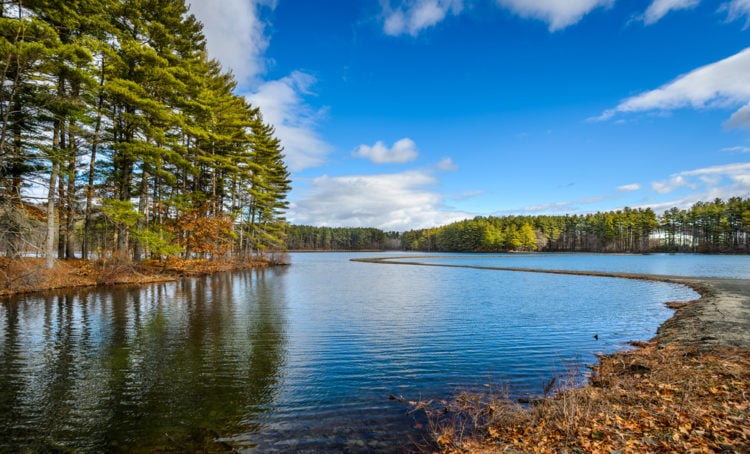 Holyoke is located in the western part of the state near the Springfield Metropolitan area. The rate of property crimes has gone up by ten percent in a two year period. Violent crimes have risen by four percent. Holyoke is on a bad trajectory and it’s not a safe place to live anymore. It’s ranked as the second most dangerous for violent crimes and first for property crimes. 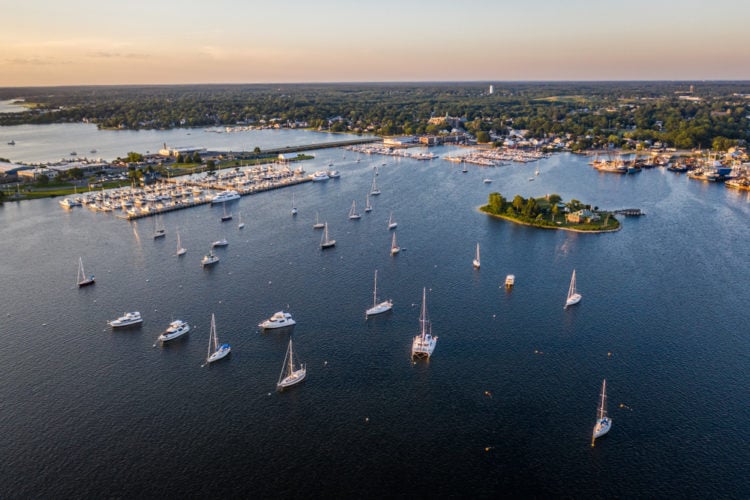 New Bedford is a coastal city that is filled with recreational activities and other amenities. Although there are some good reasons for wanting to live in this town, there are some reasons why you might want to avoid it. The city ranks 5th in property crimes and 5th in violent crimes. Although its seen a five percent decrease in violent crimes it’s still too high for comfort. New Bedford is one of the largest cities in the south coast region, but it’s not safe to walk the streets alone at night. If you can’t enjoy living in a place without worrying about the dangers, it’s not such a great place to live. 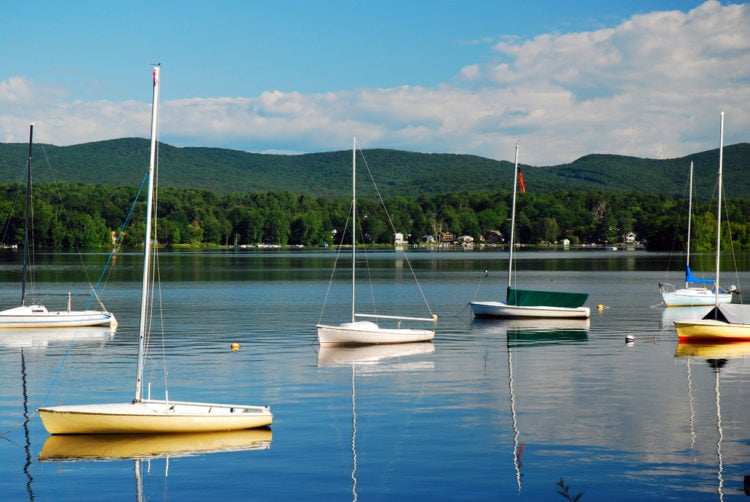 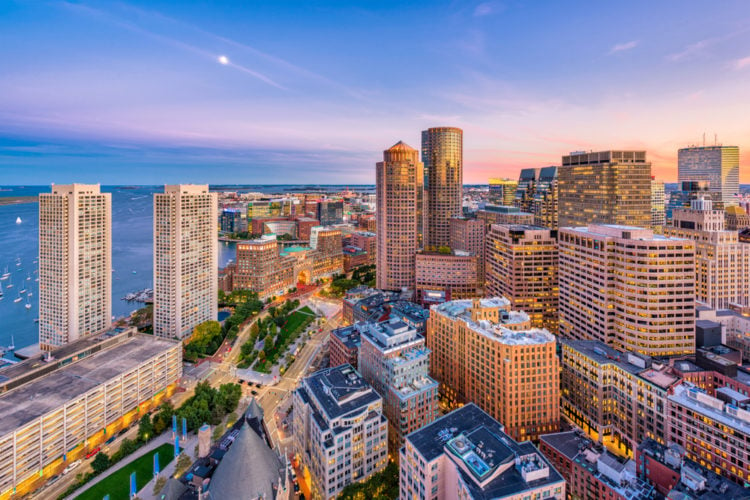 Boston is one of the most popular cities in the state for tourism, known affectionately as Bean Town. It’s loaded with fascinating historical sites and some amazing places to dine. There are three reasons why Boston is number fourteen on our list of the worst cities in the state. Singhlaw points out that it is ranked 14th in terms of property crimes committed and 15th for property crime. It is also one of the state’s poorest cities with high poverty rates. There are much better cities in Massachusetts to make a new start. 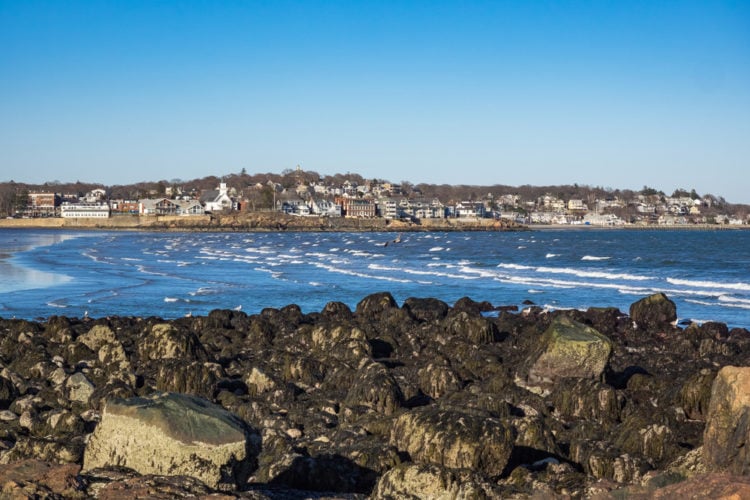 Only in Your State lists Lynn as one of the most dangerous cities in the state to live in. The population of the city is 91,846. It’s a fairly large city with a high rate of crime. The yearly crime rates are high. For every 1,000 residents, 8.21 violent crimes are committed with 28.19 property crimes. The odds are 1 in 27 of becoming the victim of some type of crime in this city. 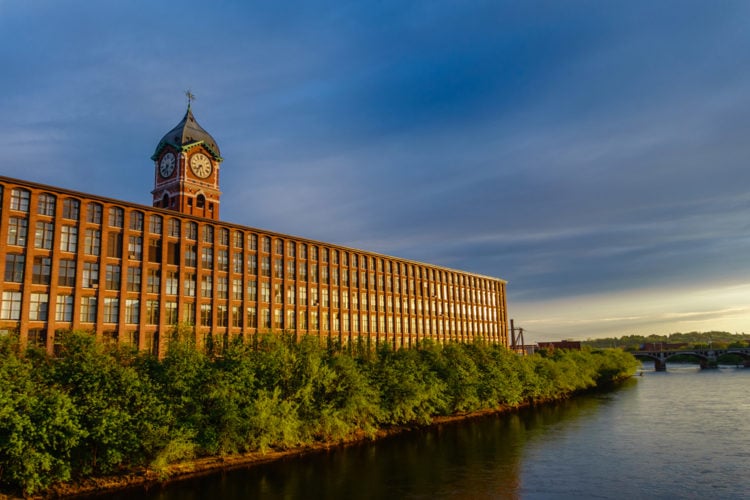 Lawrence is a city of 77,661 residents. Poet Robert Frost once lived in this city situated on the Merrimack River. Lawrence is also a dangerous city to live in. For every 1,000 residents, there are 10.11 violent crimes committed with 25.30 property crimes committed for every 1,000. The odds of getting robbed or injured are too high to take the risk. While it’s tough-going in Lawrence we have to point out that it is a larger city that offers plenty of great amenities, but if you’re always looking over your shoulder for criminals it’s probably best to pass on this one. 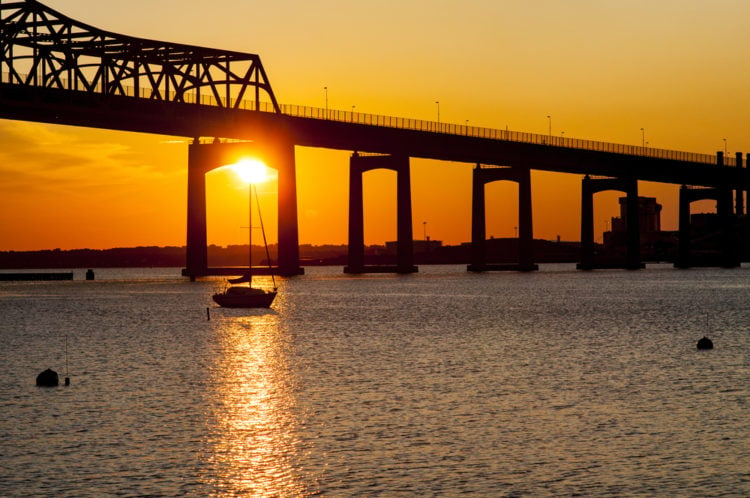 Fall River has been making some improvements in its annual crime rate, but it’s still not a safe place to live by any means. Only in Your State ranks it as the 11th most dangerous city in Massachusetts. The chances of becoming the victim of a property or violent crime are 1 in 25. There is hope that the positive trajectory will continue but it has a long way to go before the livability score is tolerable. 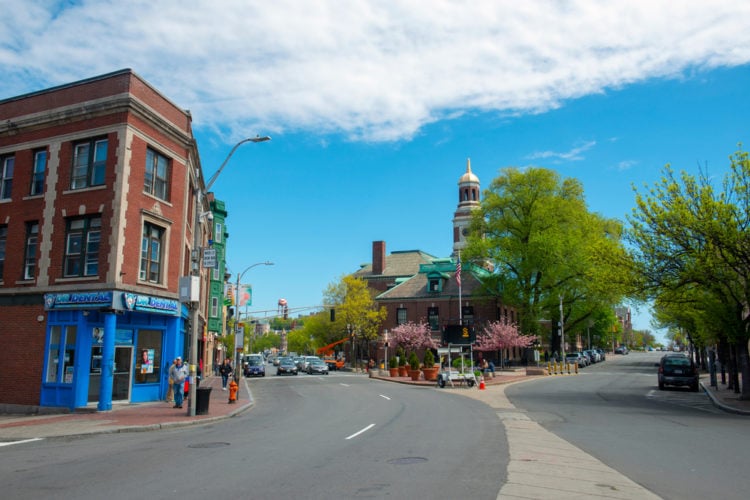 Chelsea is a medium-sized town not far from Boston, but it’s Massachusett’s smallest city covering just 2.5 square miles. The crime rate is disturbing in Chelsea. There are 18.52 violent crimes committed per 1,000 residents and a whopping 38.29 property crimes per 1,000. Your chances of becoming a crime victim in Chelsea are 1 in 18. The city is close to the amenities of Boston, but would you really want to live in the 10th worst city in the state? 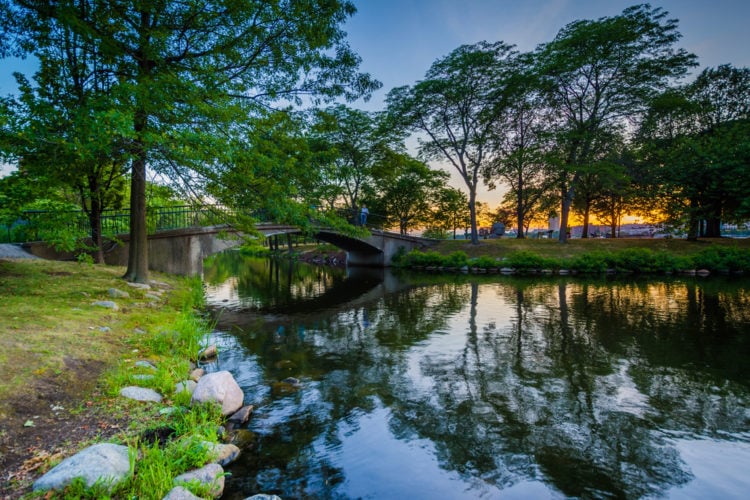 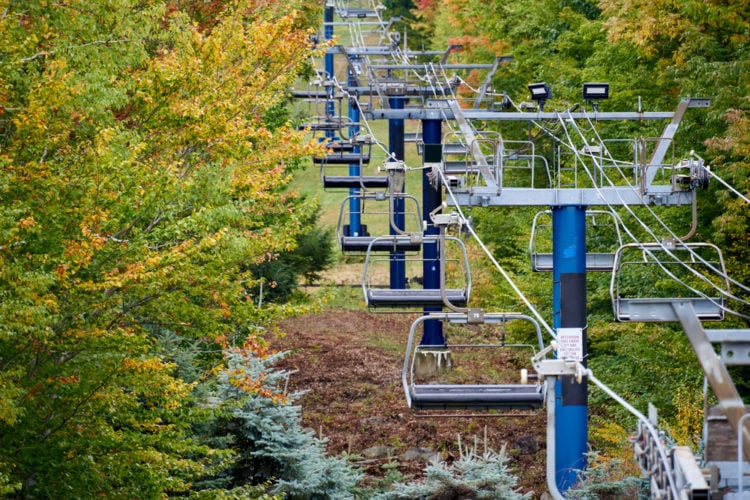 Maple High six corners share something in common with Old Hill. The violent crime rate is at the same level. The odds of becoming the victim of my crime is 1 in 19. The schools have a negative report card and the employment opportunities are rated with an F for failing. Raising a family in a town with poor schools and a high chance of having a crime committed against you isn’t a great idea. 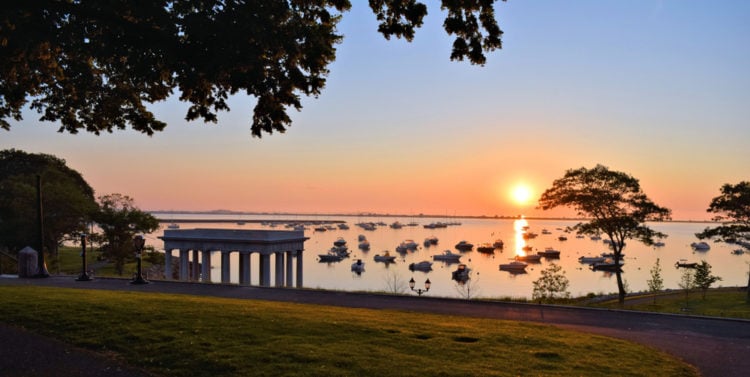 McNight is a suburb of Springfield, and it doesn’t offer much incentive for new families to move into its borders. The public schools have received an F rating from Area Vibes. The same rating is given to the city for job opportunities. The crime rate is also in the failing category. When it comes to safety, education, and overall livability, it’s not looking good for McNight. 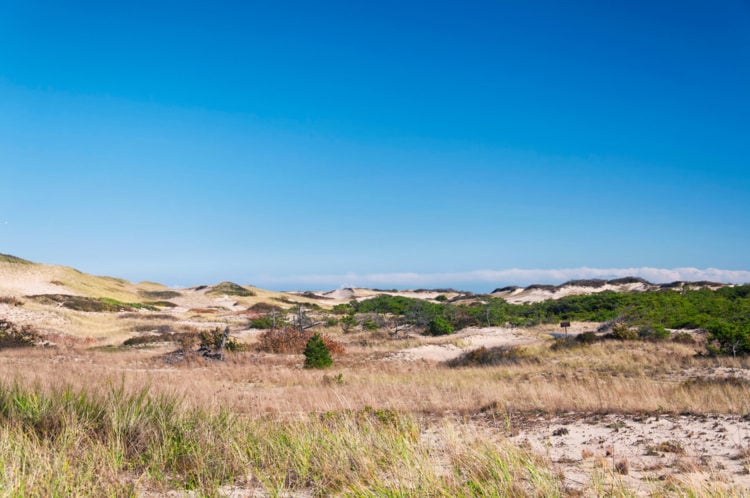 Pine Point is one of the worst cities in Massachusetts because of its high rate of violent crimes. This number is 134 percent higher than the national average. This city doesn’t have much to offer those who are looking for a safe place to live. The educational system doesn’t get a very high rating either. There are much safer places to live in the state. 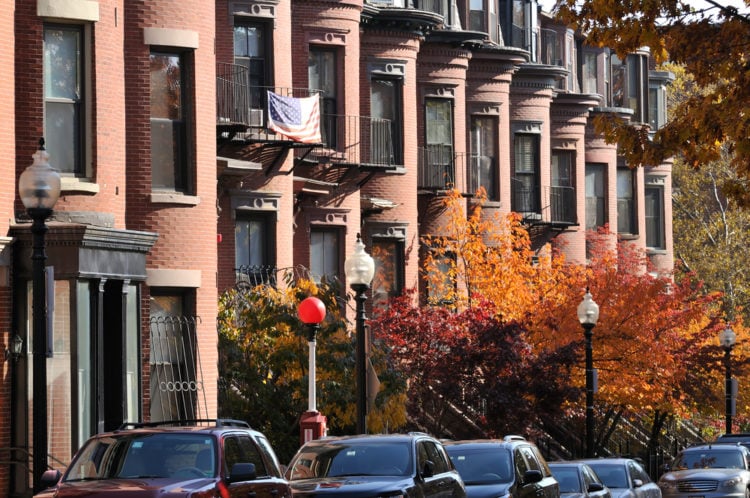 South End is a city with a population of 4,304 residents. It is a small town not far from Springfield, but the crime rate is 89 percent higher than the larger city. There are 1,714 violent crimes committed in this small hamlet per 100,000 people. The job prospects aren’t that great in the city either. South End doesn’t have much to offer new families moving into the area. 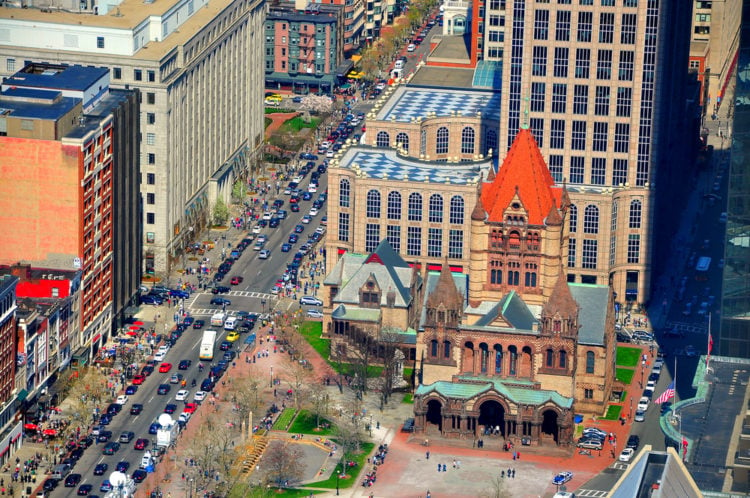 Memorial Square is another city in Massachusetts that you may want to pass on. Area Vibes has given it an F score for its public school system. In addition to that, the crime rate is uncomfortably high. The prospects for gainful and meaningful employment are low with an F score, and the cost of living gets a C. There really isn’t a lot that would entice anyone to move here if you have other options available. With so many things going against Memorial Square, it just doesn’t make sense to move there and buy a home. 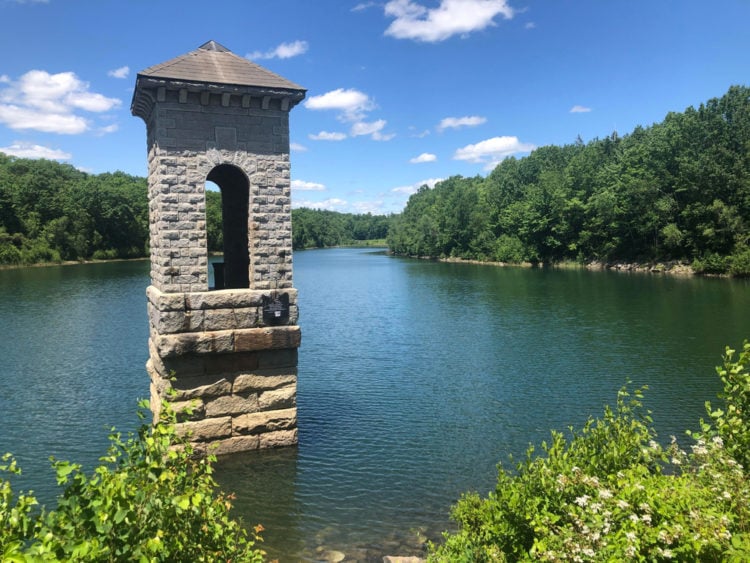 Roadsnacks lists Fitchburg as one of the less desirable places to live in the estate of Massachusetts. The median home value is $190,900 which is the 7th worst in the state. This city with a population of 40,737 residents has an unemployment rate that is 9.1 percent. It’s the third-worst in the state. When it comes to crime, the odds of being robbed are 1 in 77.4 and there were two murders committed in the city over the past year. It’s a dangerous place to live and it doesn’t offer much in the way of gainful employment. 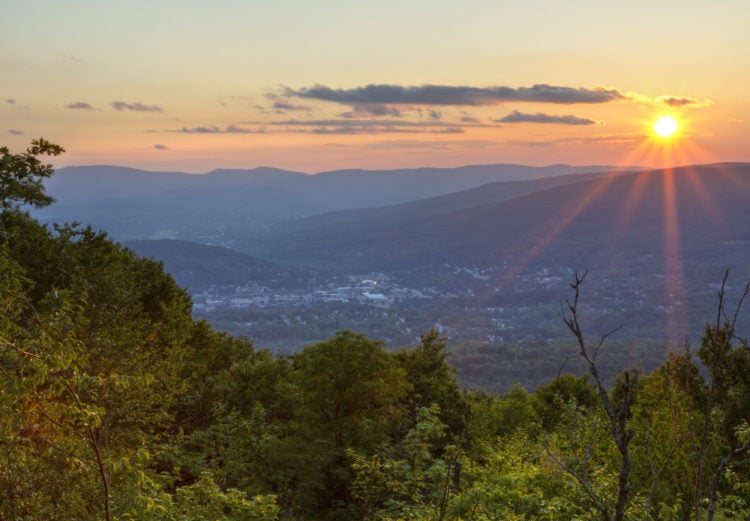 North Adams is the second-worst place to live in Massachusetts. This is a rather small city that has a population of just 13,089 residents. For starters, the median home value is the first worst in the state at $144,300. Unemployment is the 8th worst at 7.2 percent. While you can get cheap housing in this city, you’ll have to live with the fact that there are not many good jobs available and most of the salaries paid are meager, to say the least. North Adams is a town that could use a big hug and a lot of help to boost its economy.

Earlier we listed West Springfield as one of the worst cities in the state. Springfield takes the number one spot according to Raodsnacks. This is a large city in Massachusetts with a population of 154,596 residents living there. First, we begin with the median home value of $152,400, which is the second-worst in the state. Hold on because there is a lot more. The average household income is only $36,730 a year. Almost 9.9 percent of the population is out of work. This gives it the number one worst unemployment rate in the state. Another deterrent to living here is that 28.6 percent of the residents in Springfield live in conditions that are below the poverty line. Finally, we move to the crime rate. People who live in Springfield have a 1 in 37.8 chance of becoming the victim of a robbery. It’s listed per capita as the fourth most dangerous city in the state to live in. When you combine all of these factors, it becomes clear that there are much better places to live in Massachusetts.