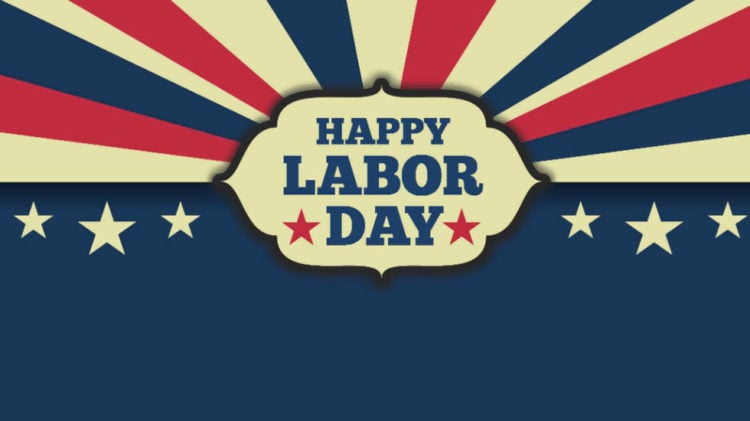 Labor day is a national holiday in the United States and is celebrated the first Monday of every September. This day was created to recognize the American labor force’s achievements that have brought prosperity to the United States. Officially, Labor Day was established by the U.S. Congress to be celebrated by each State of the Union beginning on June 28, 1884.

It is still a mystery as to who initially created Labor Day, but historians believe it might have been Peter J. McGuire, general secretary of the Brotherhood of Carpenters and co-founder of the American Federation of Labor. Others believe it was actually Matthew Maguire, a machinist, who started the holiday.

No matter who started Labor Day, we all see it as a day off from work. A time to gather together with friends and family for a barbecue of hot dogs and cheeseburgers and an impromptu game of baseball or horseshoes.

Labor Day is also a popular time to get out of town for an end of the summer long weekend just before or after school begins. In fact, 25 percent of Americans plan to travel for this holiday.

While we all expect to have fun this Labor Day, are you aware of some surprising statistics surrounding this national holiday when it comes to the current job market and unemployment rates in the United States? Read on to learn about ten Labor Day statistics that may surprise you.

While Labor Day is a time to celebrate the fruits of our labor, it’s also an important time to take a look at the hard numbers. Where do you place within these statistics? Knowing where you fall within the context of labor statistics can give you insight into where you are and, more importantly, where you want to go. Plus, this gives you something to talk about at the Labor Day barbecue with anyone who loves talking statistics.