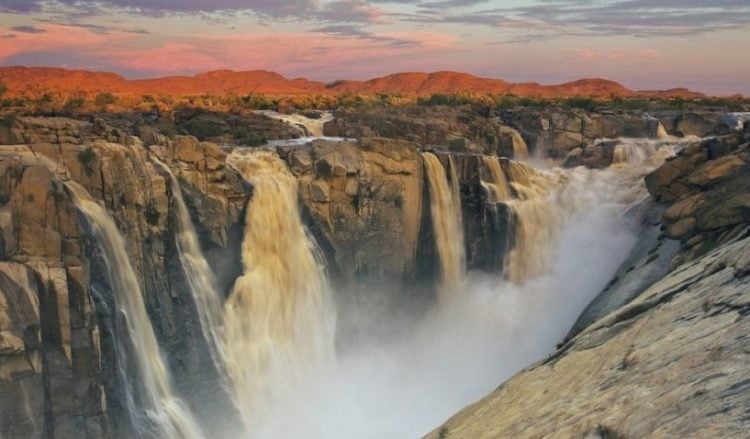 Perhaps unsurprisingly, Augrabies Falls National Park is centered around Augrabies Falls, which is one of the more spectacular sites of natural interest that can be found in South Africa. As a result, it is worth checking out by people who are considering visiting that part of the world, particularly if they have a fondness for having fun out in the sun.

Here are 10 reasons that people should consider visiting Augrabies Falls National Park, which can be found in the country of South Africa:

Augrabies Falls has the honor of being the sixth biggest waterfall that can be found out there in the entire world. As a result, it should come as no surprise to learn that it makes for a rather impressive sight. In fact, Augrabies comes from Ankoerebis, which was a Khoikhoi name that stressed the sound that it made.

See Augrabies Falls with a Rainbow

Of course, Augrabies Falls is more impressive at certain times than others. For example, there are times during the day when viewers can see the spectacular sight rendered that much more impressive by the addition of a rainbow, though it should be noted that this particular phenomenon is far from being guaranteed.

See the Remnants of Previous Cultures

Given that the region was once inhabited by indigenous peoples, it stands to reason that it is home to numerous sites that serve as testament to their previous presence. Those who are interested should have no problems getting the rangers to point them out to them.

Learn About How Indigenous Peoples Lived

Speaking of which, the rangers are prepared to answer a wide range of questions about how the indigenous peoples of the region lived as well. One excellent example is how rangers can inform interested individuals about the exact methods that the indigenous peoples used to hunt prey animals as well as sustain themselves while out on the hunt.

Naturally, since national parks are national parks, Augrabies Falls National Park is home to a wide range of animals, with examples ranging from giraffes to elands and jackals. With that said, some species are much more common than others, as shown by the fact that leopards exist but tend to be hard to find.

People who are interested in the sheer variation of rocks that can exist should make sure to check out some of the rock formations that can be found in the park. Said formations come in a wide range of colors as well as a wide range of shapes because of how they have been shaped by natural phenomenon over huge periods of time.

Check Out the Quiver Trees

One of the Augrabies Falls National Park’s most noticeable features besides the titular landmark would be the quiver trees, which are actually a very curious kind of succulent plant. Like their name suggests, the San people used to make quivers out of their branches, while other parts saw a wide range of other uses as well.

The rangers at the park offer guided tours at night, which can offer interested individuals a whole different way of looking at the region as well as its normal inhabitants. In significant part, this is because temperatures are too high during the day, meaning that a lot of animals don’t actually start moving about until the nighttime has made conditions more tolerable for them.

One of the downsides to living in cities is light pollution, which is so common that it is next-to-impossible to get a good look at the stars in the night sky. This is by no means the case in the park, meaning that interested individuals should be able to get an excellent look at the night sky. Something that is particularly true if they choose the right hill, perhaps with the recommendation of their guides.

More adventurous souls might want to check out the Orange River, which offers opportunities for not just rafting but also canoeing. People who are particularly into these pursuits might even want to take a look at the adventure experiences that are offered in the region, which can last for days and days.