Home
Business
10 Rules of Success According to Michelle Obama 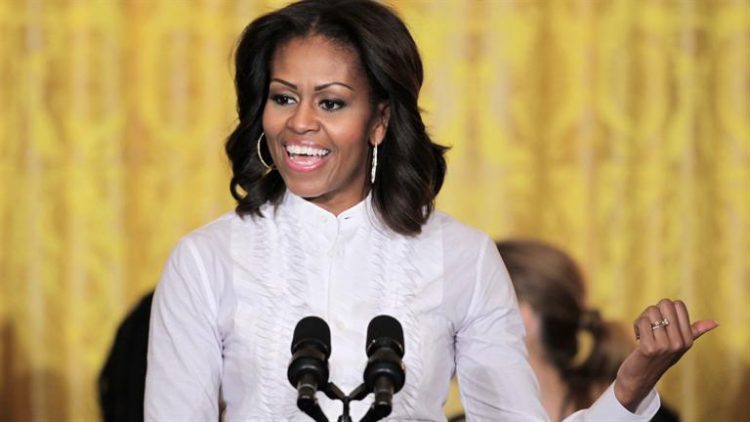 She’s one of the most well-liked First Ladies of modern times, but that’s just breaking the surface when it comes to Michelle Obama. It seems like she’s a woman who has it all: a prestigious education, flawless background, solid marriage to one of the world’s preeminent leaders, and a great track record as a mother. During her time in the White House Michelle Obama also became known as a consummate hostess and champion of many worthy philanthropic causes, and there are few in the spotlight who are able to shake off criticism as gracefully as she has. Want to know how she’s managed to become successful in love, life, and business? Here are ten rules of success according to Michelle Obama.

1. Never miss out on a lesson from others.

There are several amazing people from different backgrounds in Michelle Obama’s life that she’s earned from over the years. When you have role models in your life such as Barbara Jordan and Oprah Winfrey, you’d do well to pay attention. However, even if you don’t know any illustrious stars and celebs you can take a cue from how they conduct their lives and handle success. This is especially true when it comes to their mistakes — learn lessons from example and you won’t have to find out the hard way.

The First Lady is a positive thinker who strives not to let negative situations affect her for too long. Her positive attitude and penchant for putting on a smile even in tense moments stems partly from her appreciation and thankfulness for what she has in life. Embrace gratitude the way that Michelle Obama does, and you’ll be one big step closer to improving the quality of each and every day.

3. “Whether you come from a council estate or a country estate, your success will be determined by your own confidence and fortitude.”

No one handed Michelle Obama the things she has in life, and she had to work hard to attain her education, build a successful marriage, and raise confident children. She came from a solid family, but her beginnings were humble. Still, she never let lack of material things hold her back and she learned to develop a winning attitude.

The reason there are no personal scandals surrounding the First Lady is she’s careful with her inner circle. She has friends who embrace and support her, Michelle gives the same effort back, and everyone benefits. But could you imagine how her turn in the White House would’ve been if she carelessly allowed any and everyone into her life? The people who you hang with usually reflect your own values, so choose wisely.

You’ve got to be a superb planner to keep up with the type of busy life that Michelle Obama has, and among her friends she’s known as the ultimate multi-tasker. She utilizes to-do lists and carefully keeps track of things from day to day and for the long term. She’s so well put together because she knows what to expect, and that comes from paying attention to the fine details of life.

Michelle Obama is outwardly confident and she’s full of surprises when it comes to her interests and ambitions. She rarely does what people would expect her to do — for instance, instead of playing basketball like her older brother and building a career off her athletic talent, Michelle went decided to become an attorney. Many don’t know that she’s a great chess player, and she has a slew of other hobbies and interests that you wouldn’t think she’d be into judging by appearance. Her varied talents and interests are part of what makes Michelle Obama so interesting — use your interests to build intrigue and keep people guessing.

You don’t get to excel at a prestigious university and go on to enjoy a career in law without knowing your stuff, and Michelle worked hard to earn her educational and professional credentials. She always prioritized her education over goofing off and socializing, and she stresses this to her daughters as well. When you put in hard work, whether it’s at school, work, or in a hobby, it will pay off well in the future.

Being able to wisely judge situations and be proactive can save you a ton of trouble, and that’s one thing that has enabled Michelle Obama to enjoy a relatively drama free life. She’s always been determined to go after not only what she wanted, but what she felt was right. When she worked as a corporate attorney she knew she wouldn’t find fulfillment in that arena, so she resigned and began to work in public service. Her instincts were correct, and she went on to have a wonderfully satisfying career and life.

9. When it comes to style, don’t be too attached to labels.

Michelle Obama has made plenty of waves with her fashion choices over the years, and she’s the epitome of stylish and classy. She’s 5’11” and slim, so she can wear just about anything that she wants. However, while she does like some designer lines she’s more focused on what makes her look her best and whether she feels great wearing certain pieces. This is why she’s no slave to fashion labels — look in her closet and you’ll see a wide range of options from known and not-so-well-known labels. She believes more in wearing what works for you and what you can afford instead of flaunting designer digs.

10. Be mindful of social media.

The key to avoiding social media gaffes is spending less time on social media sites, and that’s exactly what Michelle Obama does. You won’t see her over-sharing or going off the deep end online, and that’s important for not only maintaining her privacy but her image as well. Whether you’re a prominent figure or not, carefully using the internet is a smart move.

10 Rules of Success According to Oprah Winfrey

Michael Jordan and his Rules for Success