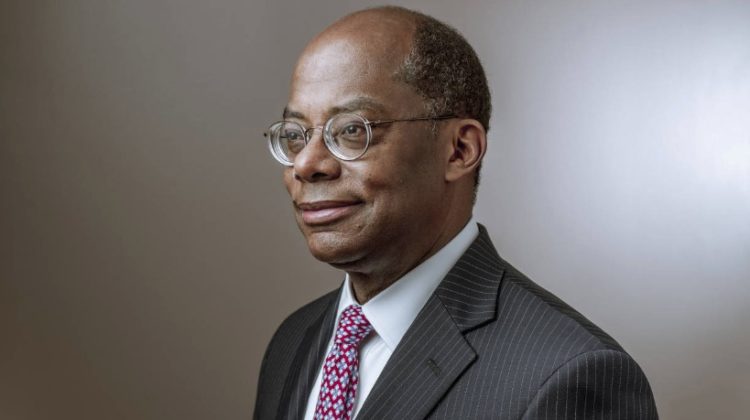 Roger Ferguson’s position as CEO of TIAA (Teachers Insurance and Annuity Association) was earned in a rather unique way. While he started with little, he made the most of what he had and has become a Fortune 100 CEO. He has some unique views on the corporate ladder, leadership, and money, as you will see as you read on.

1. He believes in financial well-being regardless of how old you are.

As the CEO of a huge retirement services company, it would be easy to think that his major focus is on the Baby Boom generation, particularly as they have a vast amount of financial resources to invest. Yet he is consistent with his approach to financial security, maintaining that the younger you begin to prepare for the financial uncertainties that are certain to come, the better off you will be in the long run.

2. He is a realistic 21st century businessman.

Instead of looking at business success analogous to climbing the well-worn corporate ladder, he sees success akin to what he calls climbing a wall. The economic and financial realities of business have changed, and in many cases it is necessary to move laterally to reach the top. This is in part due to the global nature of business and the influence the Internet has played in both education and experience.

3. He has a diverse business background.

He began his career as a lawyer, later becoming a consultant, followed by serving in the public sector. So he knows the various facets of business and admits that this “end” at TIAA was not part of his career plan. Yet this diverse background gave him the perspective to become realistic and flexible in his approach to business.

4. Asking questions is a part of a leadership model and an informed consumer.

When asked about what makes a great leader, he says that being able to ask the necessary questions to learn what you don’t know about the organization or group of people you are leading is essential to understanding what really is going on. He also looks for this in an informed consumer who will be committing a large part of their assets into financial investments – no matter how large or small the investment may be. A lack of information requires people to step up and find out what they don’t know through asking questions.

5. The best leaders are strong and resilient.

Roger Ferguson doesn’t like making excuses for personal or financial failure. Beyond just asking questions, he thinks that being able to handle criticism properly is necessary for personal growth and to be seen as someone who can be followed with confidence. The right course is not always the most popular one, but that is where being strong and resilient becomes an important personal characteristic.

6. He grew up during the times of the Civil Rights Movement and the Vietnam War.

As one of a very few African American CEOs who lead Fortune 100 companies, the issue of diversity and other social justice matters are connected to these early life experiences. When it comes to decision making in business, he believes diversity offers different points of view with the end result being a better final decision. He sees both the business and America as places where people can prosper as a result of, not in spite of, diversity.

7. His father grew up in the Great Depression.

If there is any greater motivator to becoming financially stable, it is having experienced the Great Depression of 1929 and forward. While some fathers would talk about sports, Ferguson related from his memories at the dinner table that his father would also include discussions about investment as a matter of family table talk. He credits these times with giving him a solid perspective on money and finance.

As an African American family in the lower socioeconomic stratum of the day, he remembers that when growing up his entire family would gather every Friday to watch the venerable “Wall Street Week” program about money and Wall Street. He thought it was interesting that the mindset of the family for those 30 minutes was more like millionaires rather than the average family. It seems to have worked out well for him.

9. He proudly proclaims himself to be a child of the Brown v. Board of Education decision.

This was the landmark case that desegregated public schools in America. His mother was a school teacher, yet he did not know anyone who was anyone other than African American descent until he reached the 7th grade. His mother taught him that education is something no one can ever take away from you. Desegregation was a key issue for him then and now, and he continues to tell young people of all colors about the value of education.

Ferguson earned all three of his degrees at Harvard – a bachelor’s in Economics, a law degree, and finally a doctorate. He was involved in a work-study program where the work part was cleaning bathrooms. But due to his upbringing he learned the value of work and a job, regardless of its perceived social status.

Ferguson has a well-rounded perspective on business and life because of his experiences growing up, both in Washington D.C. and at Harvard. There was no corporate ladder to climb because he never saw himself as part of the masses trying to ascend to the top. Things just worked out that way.