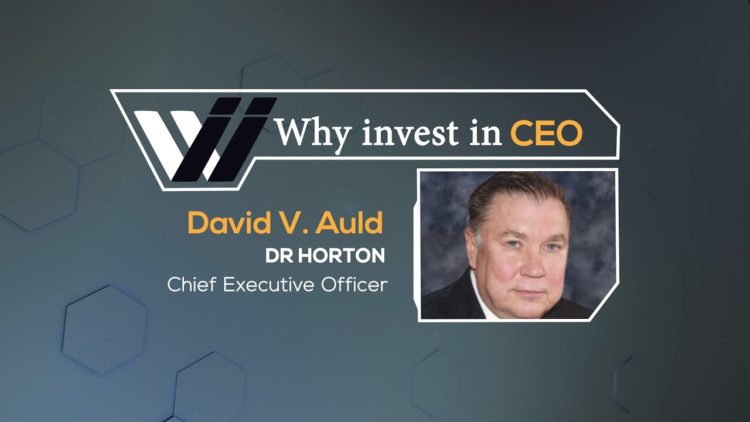 David Auld is both the CEO and the President of D.R. Horton. Due to this, he is a figure of some importance in the U.S. real estate market, seeing as how D.R. Horton is one of the biggest home builders in the United States. Here are 10 things that you may or may not have known about David Auld:

For his education, Auld went to Texas Tech University. Said research university has a number of claims to fame, but one of the most unusual ones is its main campus. In short, the main campus has a Spanish Renaissance style, which has contributed much to it being considered one of the most beautiful campuses west of the Mississippi River.

In school, Auld studied business administration, which isn’t a single discipline so much as a collection of disciplines that share a common goal. His particular specialty was accounting, which is very useful for people who want to get into business because that is the field that provides them with the quantitative information that they use in their decision-making processes.

Before he signed up with D.R. Horton, Auld spent some time working at Texas American Bank. Said institution no longer exists in the present time, having been subjected to more than one buy-out.

Besides Texas American Bank, Auld worked at General Dynamics as well. Said corporation should be known to most people for a couple of things. One would be its aerospace component. The other would be its defense component, which encompasses a much wider range of products. Some examples include but are not limited to aircraft, watercraft, and missile systems.

In 1988, Auld became a Division President at D.R. Horton. As such, he oversaw the operations centered upon Orlando, seeing as how he was the Division President in charge of the Orlando Division. In total, he spent seven years in said position, which paved the way for his further rise at the corporation.

6. Promoted to Regional President in 2005

This can be seen in how Auld was promoted to Region President in 2005. By that point, he was no longer limited to overseeing either Orlando or even the state of Florida. Instead, his responsibilities had grown to encompass the state of Florida as well as the states of Alabama, Georgia, North Carolina, and South Carolina.

7. Promoted to Executive Vice President and Chief Operating Officer in 2013

From the position of Region President, there wasn’t much further that Auld. In 2013, he was made both the Executive Vice President and the Chief Operating Officer for D.R. Horton. Since the Chief Operating Officer is responsible for overseeing the whole of a corporation’s operations, it is often the second in command on the corporate hierarchy. Something that seems to have been true in this case because it wasn’t too long before Auld received another promotion to President and CEO in 2014.

8. Runs the “Wal-Mart of Builders”

Auld is responsible for running a corporation that has been known to compare itself to the “Wal-Mart of Builders.” Essentially, this means that it focuses on selling more homes at a consistent pace rather than selling homes with the biggest possible profit margins. Something that seems to have worked out very well for it considering the size of its operations.

Recently, Auld oversaw D.R. Horton’s entrance into the entry-level market. Its products for said market consists of homes with no frills, which is what enables their prices to remain between $120,000 and $150,000. That is still pretty expensive, but considering the housing prices that can be found in California and other booming real estate markets throughout the United States, that is nonetheless pretty cheap in context.

10. Has Made Note of the Poorer Results of High-End Homes

D.R. Horton has three brands, which are Express, Horton, and Emerald. Since Express is the entry-level brand, it should come as no surprise to learn that Horton is mid-level while Emerald is high-level. Auld has noted that the Emerald brand hasn’t been doing as well as the other two brands in recent times, which is a reflection of market-wide trends.