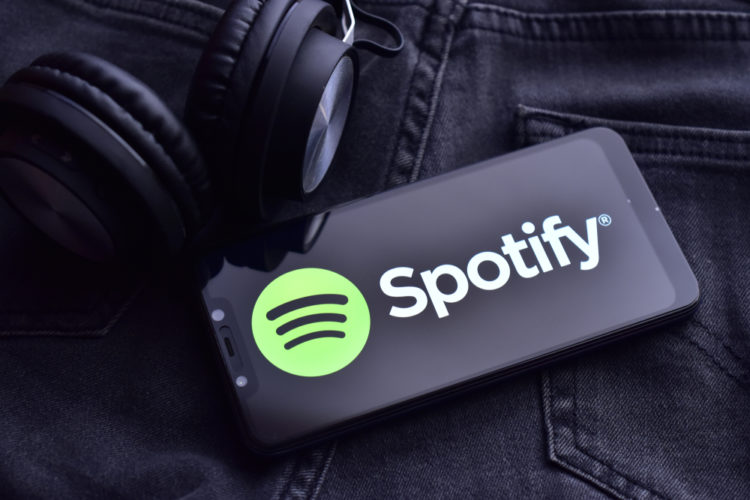 Spotify would not be in existence had Daniel Ek not been introduced to music at an early age. The company has made significant strides since its founding, and it was at one time the biggest subscriber service in music. In 2018, Apple overtook it, and as of April 2019, Spotify’s subscribers in the US were 26 million compared to Apple’s 28 million. By the second quarter of 2020, the service had 138 premium subscribers, an increase from the 108 recorded in 2019. Despite the immense success, Spotify’s logo has remained nearly the same over the years. Here’s more on how Daniel got to establish the company and how the logo has evolved.

Daniel Becoming an Entrepreneur at 14

Daniel Ek grew up in a single-parent household, and with his mother working in childcare, there was not enough money to spare. Luckily, Daniel was a fast learner, and one thing that was to his advantage was that Sweden got broadband in 1998, so he never had to worry about a poor internet connection. He taught himself coding language, and by the age of 14, Daniel was an expert in C++ programming then went ahead to learn HTML CHL Programming. With the programming skills, he became the go-to person for anyone who needed a homepage created. After all, while others were charging $50,000, the teenager would charge $100.

He realized the demand for his skills and increased his prices to $5000 per homepage for his customers, who did not mind because he was still charging way below other programmers. With his new secret business, Daniel knew the sky was the limit, and he taught himself Photoshop, but since he was not good at designing, he thought it better to pass along his skills. He started teaching fellow students who were good at drawing how to Photoshop, and instead of the students paying him, he bribed them with stuff like PlayStations and iPods. Daniel soon realized that those good at math could also be excellent programmers, so he also taught them programming.

As a seventh-grader earning $50,000, Daniel bought video games, huge TVs, and expensive guitars. However, money has been said to be the root of all evil, so Daniel also figured he could pay the bright students to do his homework. Therefore, he was a straight-A student who never bothered with reading. After a while, Daniel added servers to his collection of stuff, and he began building companies at around 19. Daniel even employed over 20 people to be his programmers and thought of creating a Google-like search engine. Unfortunately, the Swedish tax authority caught up with him, and he owed the government at least $200,000 in taxes.

He was depressed about having to lay off the employees, but he had no option, so he went to study Engineering at the Royal Institute of Technology in Sweden. According to CNBC, Daniel dropped out after two months and went seeking for a job in tech companies. With time the enterprising young man founded his company, Advertigo, which he sold for $1.25 million, making him a millionaire at 23.

The Founding of Spotify

We have always been advised that money will never buy you happiness, and Daniel soon reached that conclusion. Despite living in a luxurious apartment, driving a Ferrari, and having all the women he could want, he was depressed. Daniel only wanted to be accepted and belong, so as revealed in his interview with Start-Ups, the entrepreneur embraced his passion for music and technology to find his happiness. He partnered with Martin Lorenzton to establish a revolutionary music company. Martin was a successful businessman whose company, Tradedoubler, already had its IPO. Therefore both of them had enough money to fund the business idea.

Unfortunately, no one was even ready to give them the time of day, and Daniel had to camp outside clients’ offices for a meeting. With his experience with Napster, Daniel did not want to do anything illegal, so he wanted people to embrace change by accepting a system that benefitted everyone, including the artists. It took him and Martin two and a half years to get the licensing rights from record companies in the UK; thus, it launched in 2008. It took the partners another two years to get licenses in the US; it launched in 2011 in the US.

The Evolution of the Spotify Logo

When Spotify launched in 2008, it had a simple green box that housed the company name “Spotify.” The “o” was raised above the rest of the letters; on top of it were three lines that resembled the Wi-Fi symbol. As the original logo maker explained to Gizmodo, the lines represent streaming, not sound waves as most people have been assuming. Christian Wilsson was in charge of designing the original logo, and when the company wanted to change it in 2013, he was the creative lead.

He explained that they decided to change the logo because it looked quirky, and most people were using the app icon as the logo. The 2013 logo got rid of the green box. Instead of the lines being above “o,” they remained on their own, and “Spotify” was to the right. The text was also black on a white background, while the three lines were white enclosed in a green circle. They used a modified version of Tobias Frere-Jones Gotham font and replaced the square on top of “i” in “Spotify” with a dot.

In 2015, the company changed the logo again, this time incorporating a new shade of green. Daniel had chosen the original green because it was unique since no one was using it at that time. The new shade was supposed to have a modern look and appeal. They explained that the “broccoli” green was dreary, and the new choice of color was comfortable on the eyes when applied on the full screen. Unfortunately, most people were not in agreement, and various sites published angry tweets of people who thought the green looked terrible. Spotify did not budge, and they have retained it to date.