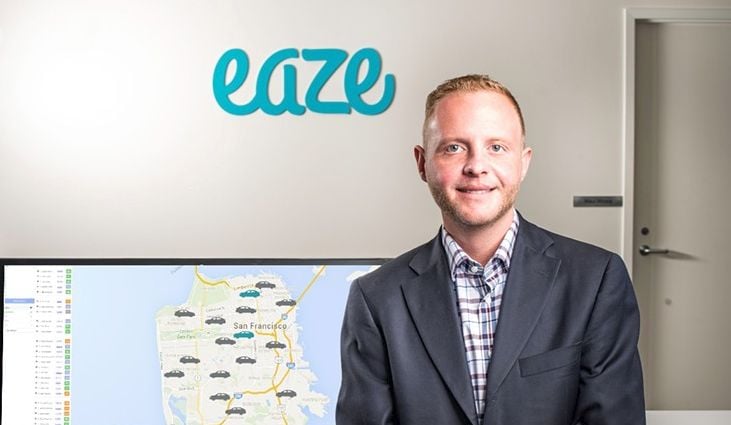 Keith McCarty is the founder of Eaze an online marketplace and platform where medical marijuana patients can get medical information and delivery details.   McCarty stepped down from his position in 2016.  McCarty founded the company when he was only 28 years old. At first, it just acted as an on-demand delivery technology as well as a telemedicine app for medical marijuana patients. Keith then launched EazeMD in 2013 as a way to connect physicians to patients for insight and referrals on cannabis options. Details you might not know about McCarty include:

He does not use Cannabis

Despite the fact that he founded one of the most extensive medical marijuana delivery technology, he does not use cannabis in any form.

Keith’s First Job was at a Motorcycle Shop

He worked through all his teenage years as he was employed at a Cycle Pit Shop.

He is Passionate about Start-Ups

McCarty is a well-known enterprise sales executive who is well-versed and has ample experience selling emerging technologies into Fortune 500 companies. He also has an interest in start-ups that are in their early stages and organizations that are “on the bubble.”

McCarty Proudly has an Inaugural Entrepreneur of the Year Award

The man behind the first cannabis technology company was named Entrepreneur of the Year. He was given the award by World of Cannabis committee (MJIC’s). It recognizes those who demonstrate extraordinary success and excellence in areas like financial performance, innovation, and commitment to their entities and communities.

He was a Founding Member of Yammer

Before Keith got his hands on Eaze, he was among the founding members of a company known as Yammer. It was a social enterprise platform that grew its sales well after the team’s global market efforts. It resulted in its sale to Microsoft for a whopping $1.2 billion.

While starting out, McCarty’s biggest fear was not whether the company would be a success. He did not have too much knowledge about cannabis. He only saw an opportunity in the industry and decided to run with it. Keith was motivated by the fact that a majority of Americans favor legalization and that it is among the fastest growing in the globe.

With little knowledge about the medical benefits of marijuana, Keith decided to do intensive research as it was the base of this entity. He uncovered “miraculous” stories of how marijuana saves people. It further encouraged him to make its delivery more efficient to the individuals who need it so that it can function effectively. He also aims at reducing the stigma that surrounds the drug.

His Parents Called his Firm a Glorified Drug Dealing Service

When Keith first presented his business idea to his Christian parents, they did not approve. However, he educated them about the importance of the drug, and he finally got their blessings to proceed with the initiative.

McCarty does not only want to make delivery and education of marijuana efficient. He also wants to define regulatory landscape citing that when it is not done correctly, it will lead to adverse effects. Keith thinks that if it is unrestricted or too restricted, it opens up doors for the black market a direction that is not ideal. Keith thinks technology can help regulators understand the industry which in turn helps create appropriate regulations.

Presently, customers associate the on demand nature of Eaze to the likes of Uber.  It is despite the fact that the firm is not responsible for making the products or hiring the drivers who deliver the product. All it does is connect buyers to the dispensaries so that they can receive their cannabis conveniently at their homes or office. Keith says that possibilities are endless when it comes to the delivery services.  McCarty is proud of the progress the company has made saying that it is at an excellent place from a tech perspective implying that the organization can expand within no time.