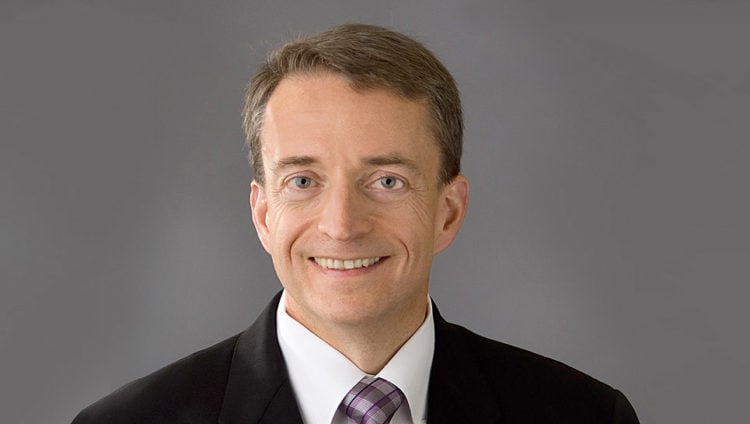 Pat Gelsinger is the CEO of VMware, but he’s not your typical corporate executive. He’s been in his current position since the Fall of 2012 and under his leadership, the company has almost doubled in size. It’s no small wonder that the company has taken off in growth, thanks to Gelsinger’s 35 year of leadership experience in the tech field. This isn’t his first rodeo, and although he’s well-known by the majority of people for his business prowess, there is a side of Pat that just a few people are aware of. To let you in on who Pat Gelsinger really is, here are ten things about him that you didn’t know.

He spent 30 years at Intel

Prior to coming to VMware, Gelsinger enjoyed a long and successful career with Intel. He served as the leader of EMCC’s Information Infrastructure Products division as COO and as president. He was the first CTO of Intel, and led the company in developing several key technologies in the industry, including Wi-Fi and USB. Pat Gelsinger is the architect behind the 80486 processor which shows that he’s not only a powerful leader, he knows how to get into the mechanics of the real work that’s being done in the creation of tech products.

Pat holds the patents for seven designs that he is directly responsible for developing within the tech industry. These inventions are in the areas of communications, computer architecture and VLSI design. He holds educational degrees from Stanford University with a Masters, a bachelor’s from Santa Clara University and an associate’s degree from Lincoln Technical Institute with the focus of all degrees in the area of electrical engineering. He also holds honorary doctorate letters from William Jessup University.

He gives half his annual salary to charity

Pat Gelsinger is much more than a mere philanthropist. He and his wife are among the most generous billionaires in the world. The couple started out giving generously, but they agreed to increase the amount of their giving each year. They are now at almost fifty percent of their gross income, given out in donations to help those who are less fortunate than they. The Gelsingers have exceeded the tax limits on giving, but they continue their generosity in spite of the fact that not all giving allows for a tax break.

He is strong in the Christian faith

The Gelsingers are both strong in their Christian faith. They are dedicated to their beliefs and involved with not only their church, but other agencies which carry on the missions involved with evangelism and contributing to the betterment of people who are in need. The couple support multiple worthy causes to help others, and are wonderful examples of the love of God with their support and commitment.

He builds colleges and churches

Pat is a business leader, but he is also a devout Christian. He has a strong interests in helping to produce the upcoming generation of leaders with Christian values, who will go out into the world, become successful and make significant contributions to thee betterment of mankind. He helped in the establishment of the William Jessup Christian University, located in the Sacramento area. He is also involved with an organization that plants approximately 70 churches per year throughout the United States and South America. These organizations are charged with supporting children who are in need in their locales.

He is helping to evangelize the Bay area

Gelsinger is involved with an outreach program located in the Bay area. He serves as chairman of the group that establishes new churches, assists churches which are already in existence, and offers community services in the are. He is doing his best to reach the Bay area with the message of the Christian faith, and also to meet their immediate needs for assistance.

In addition to providing help for educational and community programs, Gelsinger is also actively involved in disaster relief efforts. He supports medical teams which are Christian based, in reaching out to people when disaster strikes. Much of this effort is happening in Africa in the slum areas of Nairobi. There are more than 10,000 children who are the product of parents with AIDS, orphaned or having only one parent who are enrolled in the schools established as a part of the relief effort.

He supports students in Kenya

Gelsinger is happy to report that this year, the educational efforts that he supports in Kenya, have resulted in the first seniors enrolling in, and attending college. More than half of thee students who are seniors will move on to attend Kenyan universities, with several earning national scholarships to attend college abroad.

He has a few guilty pleasures

Pat Gelsinger is a very rich man. What he considers to be guilty pleasures are more appropriately placed in the category of rewards well-deserved. he and his wife enjoy a home in Oregon, one in California and a vacation home located in Oregon. They also own a BMW i8. While Pat calls them guilty pleasures, the man has worked for what he currently has, and there’s not a person on the planet who could credibly accuse him of being selfish or greedy. We see these things more as the rewards of hard work and a life well-lived.

He is humble and grateful

Pat was born in Pennsylvania to a father who was a farmer. He considers himself to still be a “farm boy.” He shared that he was born into humble circumstances and he has not forgotten where he comes from or who he is. Gelsinger is not defined by his fortune, rather, he views it as a means to do good in the world. He feels grateful that he’s had the opportunity to work his way up and reach the financial status of that one percent of the population.