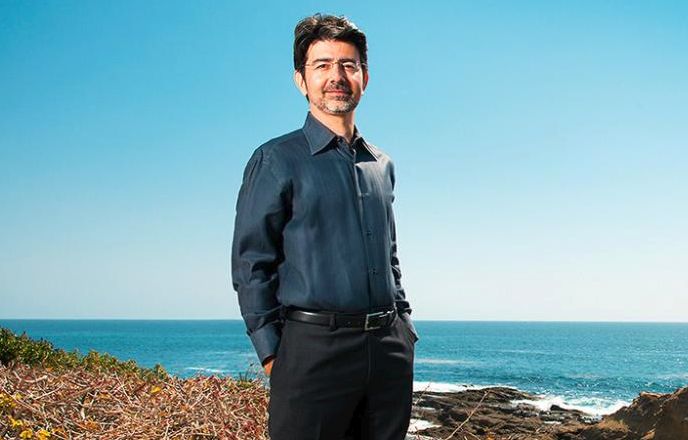 Pierre Morad Omidyar is the founder of eBay. Furthermore, he served as eBay’s chairman from 1998 to 2015, meaning that he has overseen its rise to becoming one of the most famous names in e-commerce. With that said, it is interesting to note that Omidyar has since taken an interest in other fields as well, with the media as well as philanthropic causes being stand-out examples.

Here are 10 things that you may or may not have known about Pierre Omidyar:

One of His Names Is Parviz

Omidyar tends to be referred to as Pierre Omidyar. However, some people might be confused by the occasional mention of Parviz Omidyar, which is the name that his parents gave him when he was born. For those who are unfamiliar with the name, Parviz and its equivalents mean something along the lines of “fortunate” or “victorious.” It is popular as both a personal name and a family name in not just Iran but also a wide range of other places that have been influenced by Iranian culture over the centuries.

When Omidyar was in Grade Nine, he became interested in computers. As a result, he went on to study computer science at Tufts University. After which, Omidyar secured a job at Claris, which is an Apple subsidiary that might be better-known to some people as what is now called FileMaker Inc. There, he was involved with the upgrade of MacDraw to MacDraw II.

In 1991, Omidyar became one of the co-founders of Ink Development, which specialized in creating products for the PenPoint OS before branching out. It is interesting to note that in time, it turned into eShop, which was a business that was centered around business to consumer software. By 1996, said business has been sold to Microsoft, where its products became the basis for Microsoft Merchant Server.

eBay Is Named for a Recreational Area

Speaking of which, it is interesting to note that eBay was named for a recreational area that can be found in the state of Nevada. Basically, Omidyar wanted to call the website echobay.com because he liked the sound of the name, but as it turned out, said name had been registered by a Canadian mining company called Echo Bay Mines. As a result, Omidyar settled for shortening the “Echo” to “e,” thus resulting in eBay.

eBay Was Not Founded to Help His Fiancee Trade Pez Dispensers

Trends come and go. For proof, look no further than the fact that there were a lot of people who were interested in collecting Pez candy dispensers at one point in time. In fact, some of the earlier eBay marketing claimed that Omidyar founded eBay for the purpose of helping his fiancee get the Pez candy dispensers that she was interested in, but it should be noted that said marketing was nothing but marketing inserted for the purpose of making eBay seem that much more likable by consumers.

Has a Strong Interest in News

Since founding eBay, Omidyar has shown a strong interest in the news media. For example, he founded an online news service called Honolulu Civil Beat, which has an excellent reputation for its coverage of the news in Hawaii. Furthermore, he was one of the major figures behind First Look Media, which is supposed to serve as a venue for what it considers to be original, independent journalism.

Has a Strong Interest in Using Markets to Help People

Interestingly, Omidyar and his wife are the founders of the Omidyar Network, which is intended to help people by harnessing the power of the markets. In practice, this means that it provides a helping hand to both nonprofits and for-profit businesses with a positive impact by giving grants to the first and investing in the second.