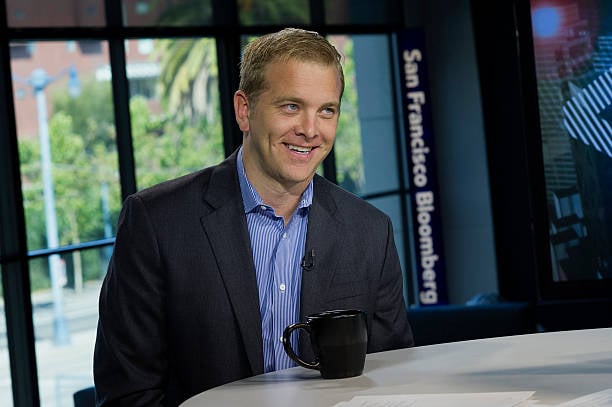 If you want to look for the next big talent for your company, you should probably use Entelo, a software platform many hiring managers use. As a matter of fact, some of Entelo clients include Facebook, Microsoft, American Express, General Electric, and more than 700 others. Here are 10 things you should know about the man who founded this impressive company, Jon Bischke, the CEO of Entelo.

Before building Entelo from the ground up, Bischke also founded and co-founded a few other companies. Some of these include RG Labs, Inc., The Legacy Foundation, Zaadz, and the 2000Tutor.com Network. It comes to no surprise since some of Bischke’s specialties are in corporate development and product development. Bischke founded Entelo just a several years ago in 2011, and it’s now one of the most used hiring software in the nation.

Bischke may be an entrepreneur at heart, but he’s definitely got it in his genes as well. According to Bischke, his parents had no entrepreneurial bones in their bodies. His father was a computer programmer, while his mother worked as a physical therapist. His grandparents, however, were risk-takers. They were the entrepreneurs from whom he got his skills.

Much like an average young boy back in the days, Bischke was big into baseball and baseball cards. From an early age, he found himself highly interested about cards and how much each one was worth. He somehow convinced his mom to let him have baseball card shows in their basement, and before he knew it, his friends were coming over to buy and trade cards with him and his collection. This was his first venture into entrepreneurship.

His leadership skills were seen early on as well. Bischke was class president during his middle school years. He also became class president in high school. That’s a big responsibility for a teen, but add on the role of being captain of the basketball team. It sure must’ve looked great on his college applications, but all of these were just precursors to the leadership roles he’d end up tackling as an adult.

Bischke attended the University of Minnesota as a finance major, and he was really big in finance back in the days. He even got into investments early on that didn’t turn out to be anything. In fact, he learned a lot about making and losing money in those days.

When he started The Legacy Foundation and Unleashed, Bischke’s goal was to help young entrepreneurs develop their skills to bring their dreams into realization. Years later, Bischke’s will apply those same ideas for his employees at Entelo.

Actually, Bischke is so passionate about helping other people that he actually went ahead and started teaching courses at his alma mater, University of Minnesota. He has also taught GMAT classes and hundreds of corporate training sessions for various tech companies. He has over ten years of experience in helping people learn and teach in person and online.

Speaking of learning and teaching online, Bischke happens to be a member of the board of advisors at Udemy, one of the largest online learning platform around. The difference with Udemy is it’s target demographic are working professionals who are looking to expand on their sets of skills.

In order to work for Bischke and his company, you’ll have to have some unique interviewing skills. Bischke doesn’t ask the usual questions; he actually wants you to look beyond the now and see where you’re headed in the future. One of the things Bischke asks during an interview is, “What do you want to do after Entelo?” He said that this questions throws almost everyone off, but it’s a good indication of where an applicant’s head is as far as self-awareness is concerned.

Bischke promotes a kind of culture in the workplace that ties in professional growth with personal growth. For one, he promotes the creation of some sort of a personal board of directors to help individual employees attain their goals by learning from those who have been in their shoes already.