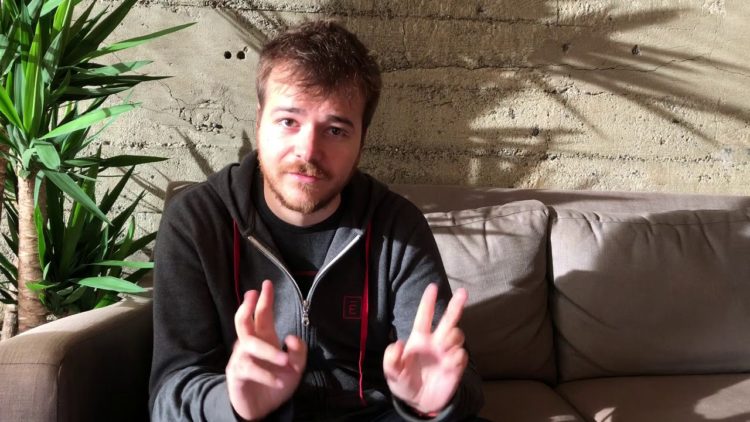 The future of the office is here, and it’s all thanks to the people at Envoy. Led by CEO Larry Gadea, the company is changing the way we run our offices by bringing software and technology into the mix. There are plenty of things you need to know about the company, but first, get to know the brain behind the entire operation. Here are 10 things you didn’t know about Envoy’s fearless leader, Larry Gadea.

He comes from Romania.

He went to Carleton University.

Carleton University is located in Canada’s capital in Ottawa. Carleton is known for a few specific field of studies including journalism and communication, industrial design, public affairs and policy management, and of course, engineering. Carleton is alma mater to a few good names in business, including Gadea of course. He holds a Bachelor of Engineering, Software Engineering degree from the university.

He was kind of a prodigy.

Gadea was hired as a software engineer at such a young age of 17, straight out of high school in fact, by one of the world’s top tech giants, Google. How he managed to do that is something we’ll always wonder about. But we know that Google knows everything, so that might explain it all. Gadea didn’t stop school though after being sought after by Google. He went on to get his college degree.

He worked as a Google intern.

Gadea worked specifically as a software engineering intern from 2005 to 2009. He did this while he was attending college. He worked full-time during the summer months and part-time during the school year. He finished his internship the same time that he graduated. He can be credited for working on Google-branded apps, some work on the gadgets platform for Google desktop, and a few others.

He was hired as an Infrastructure Engineer straight out of college. Gadea worked there for almost 3 years. He is largely known as the creator of “Murder”, a distribution system for datacenters. He can be credited for a few other things as well including the development of a scalable email infrastructure designed for sending mass email notifications.

He has some volunteer experience.

Actually, it’s more than just a volunteer experience, since he was recruited to be a judge for Start-Up Chile. Start-Up Chile is a program set up by the Chilean Government to attract entrepreneurs from all over the world to choose Chile for their start up operations. The return would be some seed money in the amount of $40k. Gadea has been judging applications for over 6 years now, and we get how he’s so good at what he does considering that he’s got quite a successful start up himself.

He recommends some light reading.

Gadea recommends for everyone, really, reading Eric Schmidt’s “How Google Works.” It’s a great book for entrepreneurs to take seriously because it gives a lot of insight into how the mega company sets goals to achieve and works to achieve them. According to Gadea, the book discusses the philosophies of Google and how different they are to the norm.

He believes in spending on hiring.

When they acquired the $15 million investment for their company, Gadea said that he’d spend a lot of it on hiring. Gadea believes that a company can’t be built without the right people. We believe that Gadea is on to something with that mentality, condsidering he was selected to be in the Forbes 30 Under 30 list in 2017.

To expand on the initial office product that Envoy launched, Gadea started a program that’s supposed to drastically improve the office delivery system. Envoy Deliveries instantly reads shipping labels, notifies recipients, and manages inventory for you. It makes for a more efficient way of dealing with just another aspect of the office.

He has a vision for the future office.

Gadea believes that a lot of office work should be automated—pretty much everything that doesn’t require life changing decisions. Some ideas that Gadea’s already cooking in his mind includes a spontaneous meeting booker and a completely virtual office environment.